How to resist health scares: Review of Geoffrey Kabat’s ‘Getting Risk Right’

Jon Entine | June 5, 2017
This article or excerpt is included in the GLP’s daily curated selection of ideologically diverse news, opinion and analysis of biotechnology innovation.

Type “BPA” and “toxic” into Google and you get more than 500,000 entries, many detailing how this chemical additive, which is used to strengthen plastics and line metal cans, is disrupting your endocrine system and slowly killing you. It’s in your urine! It’s in your blood!

Perusing Dr. Google, you’d have to scroll through four pages before you find even one entry resembling scientific information—in this case, a backgrounder by the Environmental Protection Agency. It reads: “Studies employing standardized toxicity tests used globally for regulatory decision-making indicate that the levels of BPA in humans and the environment are below levels of potential concern for adverse effects.” A few pages later, the US Food and Drug Administration concludes, “BPA is safe at the current levels occurring in foods.”

So why do government agencies declare BPA is safe as used while the NRDC calls it “poisonous?” Why the disconnect between what regulators conclude and the gloom and doom served up by many in the media and on advocacy websites? 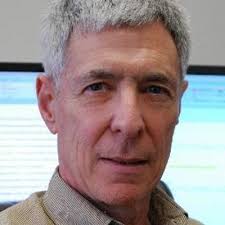 Bringing clarity to this confused situation requires someone versed in the methods of assessing risk and, in addition, who is not afraid to criticize shoddy research and overstated claims. And we have one in risk expert Geoffrey Kabat, a cancer epidemiologist at Albert Einstein College of Medicine, who offers a penetrating look at the science and politics of the BPA controversy, and many other health scares, in his new book Getting Risk Right: Understanding the Science of Elusive Health Risks.

Kabat’s main achievement in this highly readable and informative book is to help us appreciate that not all science is of equal quality or importance. He contrasts two very different outcomes of science, which are rarely distinguished in public discussions. On the one hand is the science that devises hypotheses to answer burning questions (for example, why did Ebola break out in Central Africa near rainforests? Why is a certain disease more common in one population or one region than another?), tests them against the empirical evidence and goes where the evidence leads. This process can yield vital new knowledge, which has the potential to affect millions of lives. But, typically, it is slow and painstaking, and does not attract sensational media attention.

In contrast, and all too widespread, science is often carried out in the klieg lights of the media, focusing on sensational issues hyped by advocacy groups but with modest public health consequences—such as the 10-year obsession over the effects of BPA. The result is regulatory agencies are pressured to accept weak evidence of imminent threats. And public health suffers.

Kabat provides us with a framework that enables us to assess which type of science we are dealing with. And he gives in-depth examples of two of each kind of science.

One case study focuses on “endocrine-disrupting chemicals” in the environment, an 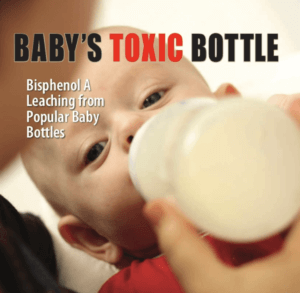 issue that dates
from the early 1990s. Bisphenol-A became the poster child for the threat from ED chemicals after the publication of controversial studies claiming it might interfere with hormonal functions because it mimics estrogen. Led by an award-winning but now discredited set of exposés by Susanne Rust in the Milwaukee Journal Sentinel, BPA exploded into the headlines with stories about “toxic baby bottles” and “poisoned packaging.” Good Morning America issued a “consumer alert.” An editorial in the New York Times urged Congress to ban BPA in baby products.

Understandably alarmed parents purged their pantries of plastic containers and Walmart started pulling sippy cups from shelves. The FDA—under intense public pressure but with no actual evidence of danger—eventually banned its use in toddler cups. Today, few plastic consumer products use BPA, which has been replaced at the urging of activists and panicked legislators by a presumably safer, but untested, substitute, BPS.

A victory for science? Hardly.

It was not a high point in responsible public health. As Kabat notes, the levels of estrogen-like compounds in BPA are thousands of times lower than that in birth control pills and much lower than in many foods, such as soy products—levels below which scientists believe could possibly cause harm. Minute traces that could be present are eliminated from the body through a detoxification process in the liver.

“The news media bombard us with reports of the latest threat to our health lurking in our food, air, water, and the environment, and these messages are often reinforced by regulatory agencies, activist groups, and scientists themselves,” Kabat writes.

International agency after agency has since weighed in on what many scientists now call the “BPA fiasco”. The German Society of Toxicology reviewed thousands of studies, concluding, “[BPA] exposure represents no noteworthy risk to the health of the human population, including newborns and babies.” A joint WHO/US Food and Agriculture Organization panel disputed claims that BPA was a dangerous ‘endocrine disruptor. And the hyper-precautionary European Food Safety Authority reviewed new scientific information on BPA in 2008, 2009, 2010, 2011 and 2015, concluding each time there was no evidence to revise its finding of “no consumer health risk from bisphenol-A exposure.”

“Is it possible that exposure to BPA poses some hazard to some people?” Kabat asks. “Yes, we can never rule out the possibility of some effect. But, based on a large amount of accumulated scientific evidence, any adverse effect, if one exists, is likely to be very small.”  In other words, there are more consequential factors that affect our health that we should be paying attention to.

BPA is one of many health travesties Kabat addresses. In an influential paper published in 2005, Dr. John Ioannidis concluded that most published findings in the medical literature are wrong. As many as 20 false findings may find their way into journals for every one that’s true. But those facts haven’t stopped the flood of doomsday papers followed by hyped reporting, encouraged by advocacy groups whose rationale for existence often depend on stirring public concerns. 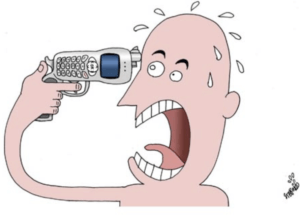 Kabat reviews a range of controversies, contrasting instances in which the mainstream science community got it right while advocacy groups and the media detoured into scare scenarios. That’s the case in the long-simmering debate over whether cell phones cause brain cancer. While evidence from several quarters casts serious doubt on this hypothesis, fear has been kept alive by advocates who champion the questionable findings of a single group of researchers.

In contrast, the largest epidemiologic study, which included cases from 13 countries, found no persuasive evidence of an association. This underscores one of Kabat’s themes: no matter how poor the quality of the research, results that purport to show a threat carry more weight with the media, advocates and some regulatory agencies under pressure from a frightened public than methodologically superior studies that show no evidence of a risk.

“Perhaps what is most disturbing,” Kabat writes, “is how a small group of highly motivated activists can present a distorted picture of the evidence that can have wide influence.”

Kabat refers to the public health debate as ‘two sciences”—one guided by empirical data and a balancing of risks and rewards, and another suffused by what’s known as the “precautionary principle”—the ‘better safe than sorry’ view of many environmental groups that is often invoked to block innovation because there might be ‘unintended consequences’—even if the evidence for those unanticipated disaster scenarios is far-fetched.

Kabat highlights this divide to freshly reinterpret the issue of conflicts-of-interest in science studies. Given our distrust of profit-driven industry, it is all too easy to find a culprit to blame for an alleged public health threat—for example, cell phone companies for making radiation-generating handsets or chemical companies for manufacturing BPA, all in the name of capitalist avarice.

At the height of the BPA scare, in 2008, Bill Moyers ran an ”investigative” piece prompted by the Journal Sentinel series titled “Chemicals Fallout.” There was no real discussion of the science; his program was designed to finger the ”perpetrators behind the crime”—those responsible for letting this “killer chemical” seep into our lives.

“Even though studies show that the chemical bisphenol-A can cause cancer and other health problems in lab animals, the manufacturers, their lobbyists and U.S. regulators say it’s safe,” he lectured.

That pre-baked conclusion soaked with innuendo—that regulators work in a hidden conspiracy to protect corporate interests—is a common belief among groups like EWG, NRDC and other NGOs that fueled the campaign to demonize BPA. The conflict of interest charge is a familiar tactic in the advocacy business.

Kabat adds context to the debate, drawing attention to the analysis of epidemiologist Ken Rothman, who noted that conflicts can extend beyond research sponsorship, and go both ways. Each of the ‘BPA will harm you’ entries that show up in a Google search are linked to organizations with ulterior motives: Dr. Axe’s secret detox recipes; Joe Mercola’s latest health book. pitches to get EWG newsletters; subscriptions to Mother Jones; donations to the NRDC.

For the vocal cadre of researchers who push media-hyped narratives, there are additional incentives—money to support their research careers that would be going nowhere if a ‘dangerous chemical’ was acknowledged as comparatively safe. Academic scientists need to publish papers. Finding ‘no effects’ means the federal research dollar spigot turns off, and that means no promotions and no tenure.

Despite their best efforts to keep the money train moving, reality has caught up with the BPA researchers. As Science magazine reported earlier this year, tens of millions of dollars spent by the US on BPA research has been money down the drain. “None [of the 161 studies funded by the 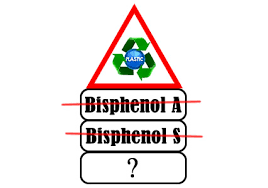 government] reported an effect at small doses”—a direct rebuke of the ‘low dose endocrine disruption’ (ED) theory that continues to fuel redundant, dead-end studies and questionable journalism on endocrine disruption. And study after study now shows the various BPA substitutes such as BPS urged upon us by advocacy groups may pose actual, rather than theoretical, harm to human health.

“The landscape in which health risks are studied and in which findings are disseminated is pervaded by false claims, oversold results, biases operating at the level of observational studies as well as psychological and cognitive biases, and professional and political agendas,” notes Kabat with some degree of sadness.

In other words, according to the world’s top independent scientists, many environmental activist groups consistently get the science dead wrong—on BPA, cell phone usage and other overhyped risks, diverting our attention from much more important factors that are well-established to affect our health.

Kabat’s recommendation? “If research in public health were conducted out of the spotlight, one could leave it to internal mechanisms of the discipline and to time to weed out what stands up and what is important…. It is these real accomplishments that should serve as models of what science can achieve and, at the same time, provide a standard for judging overstated claims, implausible findings, and appeals to irrational fear.”

That may be too much too expect in this era of fake news and misinformation, but his book represents a valiant attempt to help us to distinguish between real advances and unabashed efforts to scare us. If you are interested in penetrating the massive confusion surrounding health risks in the environment, this pithy book provides an indispensable primer.

Jon Entine (@jonentine) is executive director of the Genetic Literacy Project. Geoffrey Kabat (@geokabat)is on the advisory board of the GLP.