Cancer quest: Can we drive down the cost of promising immunotherapy treatments?

Ian Haydon | June 20, 2017
This article or excerpt is included in the GLP’s daily curated selection of ideologically diverse news, opinion and analysis of biotechnology innovation.

For decades now, these have been the only weapons available in the war against cancer. But everyone who has known cancer up close – patients, their loved ones and physicians – has longed for a better way.

Immunotherapy is emerging as the so-called fourth pillar of cancer therapy, alongside chemotherapy, radiation and surgery. Unlike these older approaches, immunotherapy works with your body by boosting your immune system’s natural ability to detect and eliminate cancer.

“Boosting your immune system” might sound cheap, but with a foe like cancer, simply upping your vitamin C intake won’t cut it.

Billions of research dollars, including from the Obama administration’s Cancer Moonshot Initiative, are being poured into finding new, molecular tools to enhance the immune system’s ability to fight cancer of all types. Now that these new therapies are starting to work, some researchers are turning their attention to something else: driving down costs. 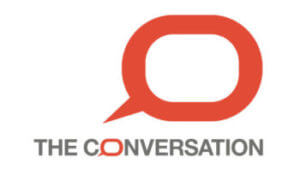 Perhaps the most famous anti-cancer antibody drug available today is trastuzumab, or Herceptin. In certain forms of breast cancer, a growth-related protein called HER2 is extra abundant on the surface of cancerous cells. Herceptin is engineered to bind to HER2, which not only slows down tumor growth, but also allows the rest of the immune system to mount an attack.

Herceptin has proven effective against HER2-positive breast cancers in some patients, although, as with other antibody-based cancer therapies, it is not cheap and not without the risk of side effects.

Taking the brakes off T cells

We now know that cancer cells can be destroyed by a specialized type of white blood cell called a killer T cell.

To avoid being attacked by the immune system, healthy cells are decorated with molecules that turn killer T cells off whenever they come near. As normal cells transition into a cancerous state, some pick up the ability to coat themselves in these so-called “checkpoint” molecules, allowing them to put the brakes on even a robust immune system attack. This process is known as immunoediting. It is now considered a hallmark of many of the most hazardous types of cancer.

One such checkpoint molecule is PD-L1, a protein that shuts down killer T cells by flipping a switch on the T cell itself. When cancer picks up the ability to make more PD-L1, it becomes more effective at shutting down T cells.

Nivolumab is one such proven drug but, like many engineered antibodies, it comes at a steep price. How steep?

“Approximately 4,000 times the cost of gold,” according to oncologist Dr. Leonard Saltz, chief of gastrointestinal oncology at Memorial Sloan Kettering Cancer Center in New York City. Speaking on value at a 2015 meeting of the American Society of Clinical Oncology, Saltz warned, “As a clinician, I want these drugs and others like them to be available for my patients. As one who worries about how we will make them available and minimize disparities, I have a major problem, and that is that these drugs cost too much.”

Related article:  Black-white cancer mortality gap has narrowed significantly, 'but we still have a long way to go'

Protein engineer Cassie Bryan at the University of Washington’s Institute for Protein Design is working to come up with a new, more affordable way of disrupting cancer’s ability to disable T cells at the molecular level.

In collaboration with oncologists from Seattle Children’s Hospital and the Fred Hutchinson Cancer Research Center in Seattle, Bryan has produced a tiny, non-antibody protein which sticks to T cells in a way that should keep PD-L1 from deactivating them. This new class of computer-generated checkpoint inhibitor should be easier to produce than an engineered antibody due to its small size and will be tested for T cell boosting activity soon.

The most advanced frontier in cancer immunotherapy is a type of precision medicine known as adoptive cell therapy. It consists of isolating T cells from the blood of individual patients, enhancing their cancer-killing activity in the lab, and then reinfusing the turbocharged T cells back into the same patient. Isolated T cells can be enhanced by treating them with a drug directly or by genetic engineering.

A single infusion of enhanced T cells can produce astonishing results in some patients, including complete remission of otherwise untreatable disease.

Initial results from an ongoing adoptive cell therapy trial being conducted by Stanley Riddell, a pioneer in this field, and colleagues revealed that more than 90 percent (27 of 29) of enrolled patients with advanced acute lymphoblastic leukemia achieved remission, as well as 63 percent (19 of 30) of patients with non-Hodgkin’s lymphoma.

Following a single half-hour infusion of reengineered T cells, one patient remarked that his tumors were “melting like ice cubes.”

We are still in the early days of adoptive cell therapy. For now, blood cancers are proving more susceptible to attack than difficult-to-penetrate solid tumors. And because this treatment involves engineering an individual patient’s T cell in a lab, cost and broad availability are a concern.

Several research teams and private ventures are working to develop more general T cell therapies, either by enhancing and storing generic T cells that could be infused into multiple patients or by building nanotechnology that moves the laboratory into the patient.

To help accomplish the latter, a team of researchers here in Seattle has designed injectable nanoparticles which carry the DNA needed to reprogram T cells to better fight cancer. Mice that received their nanoparticle therapy showed the same rate of leukemia regression as mice that received the more conventional infusion of lab-optimized T-cells.

None of these experimental therapies is without risk. Taking the brakes off T cells allows the immune system to attack cancer, but if T cells get out of control, other healthy cells may be harmed. Anticipating this, researchers have begun installing “suicide genes” into engineered T cells.

Immunotherapy represents the cutting edge of both oncology and biotechnology. Our understanding of the fundamental biology and our tools for manipulating it are linked, and together are producing some of the most promising cancer breakthroughs in history.

Ian Haydon is a doctoral student in biochemistry at the University of Washington. This article was originally published on The Conversation under the title As scientists train the immune system to fight cancer, others look to combat costs and has been republished here with permission.