Hollywood has a long history of romanticizing and misrepresenting Hawaii. Now indie directors are getting into the act with a slew of “documentaries” that gravely distort agriculture in the Islands, most especially the GMO seed crops.

These flicks have become so common in recent years — not coincidentally coinciding with the rise of the anti-GMO movement in Hawaii — that they’re in danger of creating a whole new genre: earnestly erroneous docudramas. They all follow the same cookie-cutter formula: “Paradise” is being “poisoned” by multinational chem companies, and it can be saved only by white knights (read Caucasian activists) and a return to ancient agricultural practices.

Though most of the filmmakers are unknowns, actor Pierce Brosnan’s wife Keely recently got into the act with “Poisoning Paradise,” as did pro surfer Cyrus Sutton with “Island Earth.”

You might reasonably ask what a celebrity’s wife and a surfer know about agriculture. The answer, upon viewing their films, is very little.

But that’s OK, because these movies aren’t really about farming. They’re about promoting an ideology — a romanticized, Utopian view that the world can be fed from backyard plots, without pesticides, using traditional methods that have been largely abandoned in favor of practices that are far more efficient and less labor intensive. 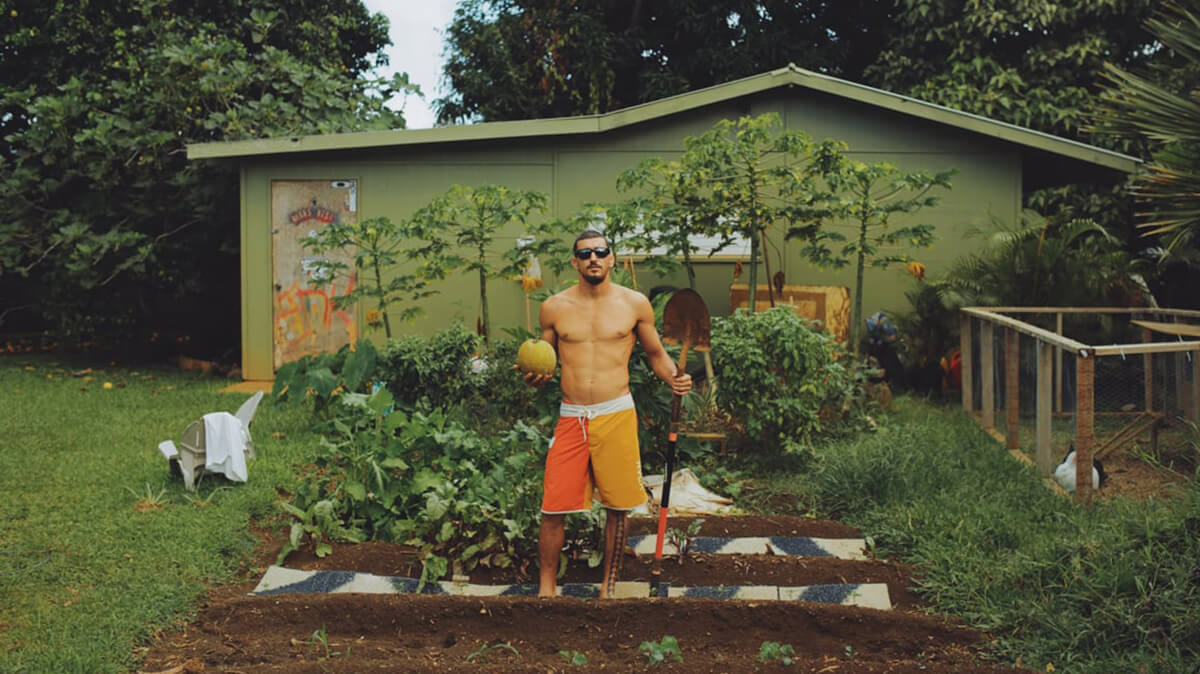 Because who really does want to spend their time toiling in the hot, humid tropics growing the traditional Hawaiian food source, taro? Certainly not foodies. Or celebrity wives. Or surfers. Which is why taro production has plummeted and Hawaii imports so much farm labor from Micronesia, Mexico and the Philippines.

What’s annoying, though, is that these filmmakers feel they must trash modern agriculture, especially biotechnology, in order to advance their ideology. Which does make sense when you consider it’s a lot easier, and more fun, to make a movie than to actually put a farming philosophy into practice — despite all the rhetoric about waging a “food revolution.”

Still, it sounds so hip to preach, as Sutton and others do, about the social injustice of Hawaii importing 90 percent of its food while the evil chem corps grow seeds; the environmental travesty of poisoning a pristine island ecosystem with pesticides as citizens valiantly battle the marauders.

The reality, however, is something very different. Hawaii hasn’t fed itself since the early 1960s, when the advent of refrigerated cargo containers and jet travel made it much cheaper to import food than produce it locally. Meanwhile, the Islands have thousands of acres of fallow farmland, much of it state-owned, where the activists could put their bucolic dreams into practice — if only they were willing to do the work.

And yes, the ancients did manage to feed themselves because the entire population devoted much of its time to producing food; they cultivated every inch of available land (to the detriment of low-elevation forests and endemic species); they ate a limited diet that most modern folks would reject, and they didn’t have to feed 8 million tourists annually. Sutton’s romanticism aside, Hawaii is never going back to the days of olde.

What’s more, the seed companies have been a part of Hawaii agriculture for half-a-century, and nobody said a peep until the anti-GMO movement turned its sights on the Islands, intent on destroying the parent seed production that is carried out there.

So they started spreading a lot of lies that Sutton and his fellow filmmakers regurgitate without question, along with the sites that promote their movies. Which is why we have Sutton and GrindTV saying that Kauai school children were poisoned by seed company pesticides — that never actually happened — and Sutton and Modern Farmer claiming that the seed fields are used to test restricted use pesticides.

Wrong. Pesticide testing is done in closed facilities on the mainland. Hawaii’s land is used to grow hybrid and GMO parent seed, which is shipped to breeders all over the world, and to test the efficacy of various traits as they’re grown out in an actual field setting.

The filmmakers also trot out the same cast of characters — ill-informed surfers, failed politicians, Earthjustice attorneys, Center for Food Safety lobbyists and a few token Hawaiians who have become the indigenous poster children of the anti-GMO movement — to claim that they and the aina (land) are being poisoned by these companies.

Except the antis never been able to present any evidence of health harm — save for one dubious hair sample — or environmental damage. Indeed, a state survey found urban Honolulu streams, not farm areas, had the highest concentration of pesticides. And pesticides used to treat termites turned up far more often, and in far greater quantities, than ag pesticides, in the multi-year, statewide water samples collected by Surfrider.

We never hear, in these movies, from the many locals and Hawaiians who willingly and happily work in the seed fields, and chafe at allegations that they’re harming the land and their fellow citizens. We never hear how the seed companies support food production by growing their own crops, sub-leasing fields to small farmers and maintaining irrigations systems. We never hear that all the leading scientific agencies agree that GMO foods are safe.  And we certainly never hear how some GMO seeds actually reduce pesticide use. 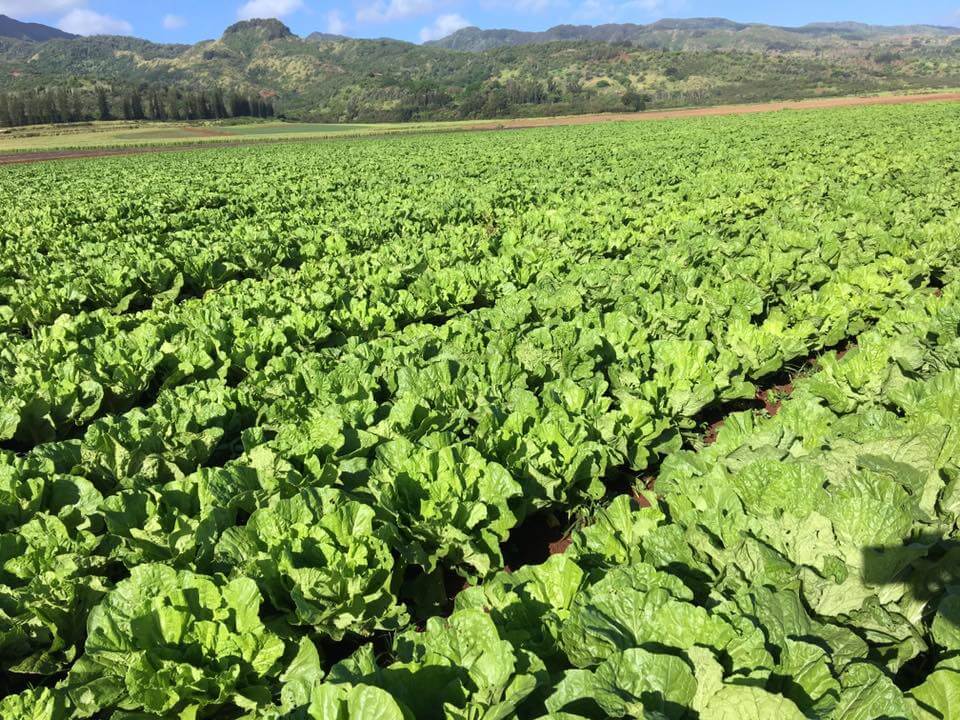 That’s because the indie filmmakers have a specific narrative to advance, and they’re sticking to it, regardless of inconveniences like reality and facts.

In his interview with Modern Farmer, Sutton claimed:

Making this movie, I tried to check my biases at the door. I’ve learned since making this film that to say GMOs are bad is akin to saying something like a computer or cell phone is inherently bad because it gives off radiation, or that nuclear power is bad. I don’t think we’re going to get very far in the conversation if we villainize a specific technology, but I am deeply concerned by our society’s deployment of those [GMO] technologies. These companies hold up niche applications of GMO technology, like golden rice or the GMO papaya, as potentially feeding the world, but the vast majority of its use is to create resistance to proprietary blends of chemicals, and this is all being tested in Hawaii. As a storyteller, I needed to cut through that greenwashing and let people know what’s actually going on.

Unfortunately, Sutton failed to check his biases, cut through the greenwashing of the anti-GMO movement or let people know what’s actually going on in the Islands. Instead, he – and the other filmmakers who have flocked to the Islands to tell the same canned story — advance a false, simplistic narrative that is just as damaging to Hawaii as the phony concepts used to promote mass tourism.

Which is partly why I produced Hawaii GMO Papaya: Real Solutions, Real Lives as an antidote.

A version of this article appeared on Joan Conrow’s website as “Filmmakers distort GMO ag in Hawaii” and has been republished here with permission.

Joan Conrow is a journalist in Hawaii, where she writes about agriculture, the environment and politics, often for the Cornell Alliance for Science. Follow her on Twitter @joanconrow.