My name’s Diana Peña, and I am a yoga-loving, bicycle-riding, palm oil-avoiding. environmentalist, ingredient list-reading vegan. I get 92.4 percent of my monthly calories from simple foods: rice, beans, tofu, and soybean oil (yes, I calculated it). I calculated the ecological impact of the rice I eat assuming it came from California vs. Arkansas. Essentially, I’m a walking stereotype.

The reason why I state these things about myself is because I want to make it clear that I share the same concerns as the rest of the vegan population, particularly an adherence to the central tenant of the vegan philosophy: an optimization of agriculture to minimize suffering and pain of sentient beings. However, regardless of my stereotypically vegan behavior, I, unlike many vegans, am in favor of biotechnology, particularly GMOs, in agriculture, and I think that all vegans should be.

Let’s take one simple example first: genetically-engineered wheat and other staples or seeds to produce omega-3 fatty acids. Crops like these could very well be an excellent replacement of fish for omega-3 fatty acids, taking away any excuse for people to continue eating fish. This would reduce the suffering within aquatic ecosystems, and it could be implemented if we got burdensome governments out of the way of innovation. There is no plausible mechanism of harm to such an idea. We know that the staples we eat are safe and that omega-3 fatty acids are safe. Thus, a staple that is engineered to produce omega-3 wouldn’t be dangerous. 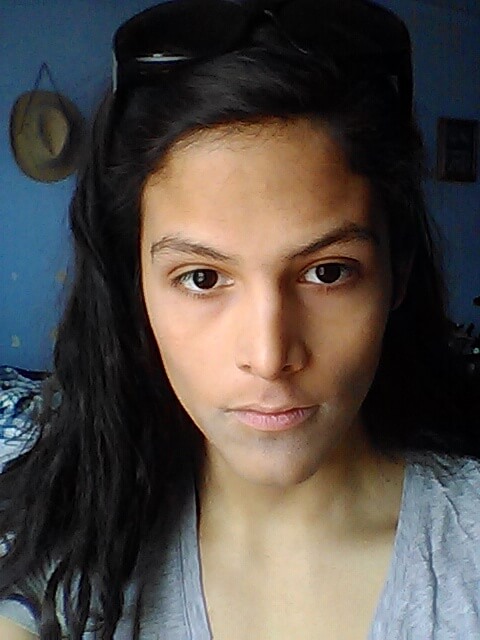 One might argue that we can simply use flaxseeds instead of GE foods; however, this isn’t a very practical idea. First of all, staples are already widely eaten, making it much easier to get people to switch from fish to a staple with GEO-derived oils than to flaxseeds. Additionally, 96 percent of the US’ flaxseeds are grown in North Dakota. This isn’t a coincidence. This is because of the fact that different places have varying soil conditions, climates, and other factors that lead to different yields of different crops.

Farmers want to optimize yields, which is why farmers in Idaho grow lots of potatoes, while those in Arkansas grow lots of rice. If we were to decide to suddenly eat more flaxseed as a nation, then not only would many farmers have to switch to growing these seeds, but yields wouldn’t be optimal everywhere. This would mean more land being devoted to agriculture, which would hurt natural ecosystems. These practical limitations make GE staples a much better substitute source for omega-3 than flax seeds.

A vegan’s view of GE innovations

Many of my fellow vegans might argue whether such an innovation will be vegan at all. They might say that they don’t want “fish genes” in their wheat, ignoring the fact that “fish genes” don’t exist (All humans share many genes in common with fish: are they “human genes” or “fish genes”?). There is no need to use genes from an actual fish in the first place. Modern technology, being as cool as it is today, gave us DNA synthesizers that enable the construction of synthetic genes from known genomic templates, making an actual fish totally unnecessary in the process of genetically engineering staple crops to make omega-3. Besides, even if we did need the fish, there would be no need to kill one to get DNA. You’d simply need one cell sample, and you could then use PCR (polymerase chain reaction) to make thousands of copies of the gene in question for R&D. Let’s not make the perfect the enemy of the good here. Nonetheless, the genes in question would come from algae since fish don’t have them, so the entire debate is moot. Although the point still stands for any crops modified with genes originally found in animals.

Furthermore, yield-preserving traits like Bt and Roundup-Ready allow for crops to beat pests like insects and weeds in a safe, effective way, and there are hundreds of independent studies to prove it. This means less land for agriculture being needed, allowing for more habitats for animals around the world. On top of that, Simplot’s Innate Potato resists browning and bruising and allows for long-term storage, with a future generation model resisting late blight fungus, all with the FDA seal of approval.

These traits mean fewer fungicides used, less food waste (on the field, in the store, and at home), less land needed to grow the same amount of potatoes, and more affordable crops. All of these traits are good for optimizing agriculture for the environment and consumers, and are just a few examples of traits that could be and are being utilized as we speak. Imagine what more could be done if we stopped hampering this amazing technology with burdensome regulations. We could do a lot of good for the world of agriculture with such beneficial innovation.

Additionally, biotechnology could generate synthetic animal products. We already use genetically engineered yeast and bacteria to produce all sorts of valuable substances, from insulin to the vitamins in the tablets I personally use in place of many foods. They are also used in making many common foods, such as almost all of the hard cheese made in the world, and many beers—although many GMO labeling laws exempt these foods. The rennet used in the cheese-making process used to come from calves, making GE microorganisms a more humane source. There is no reason why we can’t use this same biotechnology to produce milk proteins to make cheese free of cows or to accelerate growth in cell cultures to make synthetic meats.

In fact, many groups are working on these sorts of projects, and some don’t involve genetic engineering at all. Memphis Meats, New Wave Foods, and many other groups are doing the admirable work of taking animals out of agriculture, while feeding the world more efficiently in the process. It’s extremely unfortunate that many of those getting in the way of such goals are vegans, but would rather let their naturalist ideology and dogma supersede their opposition to animal exploitation

Harmless biopsies allow for the collection of cells from donor animals, and these cells can be used to make tons of meat to make millions of burgers. Yes, you read that right. Even if this technology involved the deaths of a few animals to harvest the substrate medium and scaffolding structure for the cultured beef, that doesn’t change the fact that this is a net benefit to preventing animal deaths. This technology could lower the death toll from the current unimaginable number (go ahead and try to imagine 10,000,000,000 per year of anything; it’s literally unimaginable) to a much smaller amount that is a net benefit to livestock. Once again, let’s not make the perfect the enemy of the good here. Being purists will only hurt animals.

Other technologies such as induced-pluripotent stem cells (regular cells turned into stem cells) can take what little animal involvement that takes place in cellular agriculture and reduce it even further to almost nothing Scientists are already developing gel-based scaffolding methods to replace the collagen used normally, along with growth media free from fetal bovine serum. Cellular agriculture is progressively lessening its reliance on animals to produce food to feed the world. It’s important for vegans to come together to support this technology to back research that could improve it even more. I cannot stress enough the point that being purists will only hurt our cause; we can make cellular agriculture rely as little on animals as possible, which is a net benefit to animals.

Unfortunately, people aren’t choosing to adopt a vegan diet. The reasons are irrelevant, as the end result is still the same: less than 2 percent of the population consists of vegans at any given time. We are never going to convince the large majority of people to adopt a collective vegan diet. Attempting to do so is admirable, but it’s not working. As unfortunate as that is, we can still do a lot more good for livestock animals with the aforementioned technology. There is no good reason to eschew it and stand in the way of perfectly good solutions through fear mongering and obstruction.

I became a vegan as an extension of my pacifist and environmentalist leanings. Because of this, I would hate to see fellow vegans stand in the way of protecting our fellow earthlings for baseless ideological reasons. Vegans could come together through finances, promotional manpower, and even by becoming researchers and educators to create a new generation of scientists to work on cellular agriculture.

With that being said, I think we should all remember the following: “The best argument against the outreach method is a five-minute conversation with the average meat eater.”

I’m sorry to say that, but it’s true. People view the animal rights movement negatively, and extremist organizations like PETA have only hardened stereotypes. Organizations like Mercy for Animals utilize proven, effective methods of advocacy, but, while commendable, is not enough.

My goal is the same as that of many ethical vegans: sending the animal-based food industry as close to obsolescence as is practically possible. I’m going to side with the winning team to make that goal a reality, and I truly hope that fellow vegans will side with me on that front in principle, participation, and finances. Our fellow earthlings demand it. Please don’t let them down.

Diana Peña is an ethical/ecological vegan at Brooklyn College training to educate people about science. A long-time advocate, she promotes biotechnology and other evidence-based agricultural solutions to optimize food production and distribution, feed the world and to finally put an end to animal agriculture. Follow her on Twitter @Inorganic_Vegan.