Does the ‘Nordic diet’ reduce stroke risk? Maybe, maybe not

The ‘science’ of nutrition. Likely in no other field are there so many opinions, theories, and conflicting ‘science.’ Everyone seemingly has the optimum approach — low-fat diets, high-fat diets, high-protein, low-glycemic, grain-free, etc. etc. And proponents of each can point to a small study that seems to support their universal claims.

The problem is that each of these studies is fraught with bad research designs, confounding, self-reporting, and small sample sizes. Frankly, I could borrow from the eminent statistician George EP Box here and say that ‘all diet studies are wrong, but some are useful.’ Even the studies with large (or very large) sample sizes of hundreds of thousands of people can’t get over the self-reporting bias that the participants have, which finds its way into all of the data. Self-reporting bias is the tendency on the part of study participants to report their own nutritional intake in a way that makes them look best.

In other words, people are more likely to overstate the amount of nutritional food they consume, and understate their consumption of foods that might be considered bad for them. It’s a significant problem for nutrition-bases studies, though Tonu Esko, David Ludwig, and others have recently suggested some novel approaches to measure dietary compliance in studies. Even the reporting of diet studies is often done incorrectly when the journalists have the research journals right in front of them (which isn’t entirely surprising, because the science can be hard). 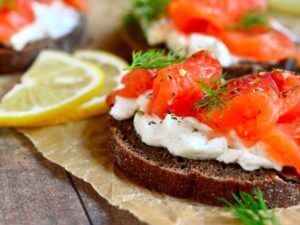 onents of the so-called Nordic diet–which supposedly focuses on the traditional foods of the Nordic countries, such as Norway, Denmark, Sweden, Finland and Iceland)–gained gained what they surely saw as new support earlier this year with the publication of a study suggesting the diet could lower the risk of stroke. The Nordic diet includes fish, cabbages, rye bread, apples, pears, oatmeal and root vegetables. Support for the Nordic diet has rested largely on the fact that that obesity rates in the Nordic countries are much lower than in the US, Germany, Spain and other ‘high fat consuming’ countries.

The latest research was finalized and published earlier this year in Stroke. The population-based Danish Diet, Cancer, and Health study of 55,000 people tracked subjects over nearly 14 years. The goal of the study:

Our aim was to investigate whether adherence to a healthy Nordic diet, including fish, apples and pears, cabbages, root vegetables, rye bread, and oatmeal, was associated with risk of stroke.

During the duration of the study, the researchers noted 2,283 cases of stroke, including 1,879 case of ischemic stroke. Their findings:

In conclusion, adherence to a healthy Nordic diet was associated with lower risk of stroke in this large Danish cohort study of men and women. The results suggest that a healthy Nordic diet based on traditional Nordic food items may be recommended in stroke prevention as a regional alternative to the Mediterranean diet. A healthy diet based on well-known regional foods could be more easily attainable for people than to make dietary changes including unfamiliar food items. Future cohort studies are warranted to confirm our results and to investigate whether regional diets from other part of the world may also be promoted in stroke prevention.

So does mean we should all run out and fill out shopping carts with fish, rye bread and root vegetables? Not exactly. There are too many things the study didn’t capture — and those other factors could have a major impact on the study’s results. Possible confounders include: Genetics(!), personality traits (which have been linked to emotional lability and vascular risk), socioeconomic status., activity level, etc.

Related article:  Searching through diets, medications and supplements for the Holy Grail of weight loss. Hint: There is no panacea

Now it’s great that this long-term effect was seen directionally in such a large study, but there are other factors which weren’t analyzed that could have driven the majority of the effect. For example, differential genetics, which was not analyzed is likely to have the largest impact of all. Additionally, the ability of the study to predict outcomes in the general population is unknown because of the confounding with genetics, lifestyle, activity, smoking, etc.

And other studies have called into question some of the health claims associated with the diet.

A study published in the Journal of Internal Medicine in 2015, for example, pointed out the difficulty in drawing general conclusions. The study looked at claims suggesting the Nordic diet reduces the risk of cardiovascular disease. Oddly enough, the study found that there was no such benefit for Swedish women.

This diet does appear overall to have a high proportion of low glycemic index food choices, whole grains, and complex fibrous fruits and vegetables, as well as fish oils. There are many reasons to suspect that drastically lowering carbohydrates (especially sugars) and increasing fat intake leads to healthier outcomes, and that the old thermodynamics dietary chestnut that ‘a calorie is a calorie’ isn’t really true in the complexity of a biological organism.

Regarding the Nordic diet study, in an excellent response which remained surprisingly scientific in it not over-reaching what the study could claim, the lead author of the research, Camilla Plambeck Hansen, PhD, Department of Public Health, Aarbus University, Denmark stated that more research of the associations of the diets needed to be conducted to find what mechanisms were causal before the Nordic diet was proposed for patient preventive care.

She said the Nordic diet could perhaps be a good choice if adherence to the Mediterranean diet was for some reason poor, and offered that, in contrast to the studied Nordic diet, “Other diets may be just as good.” A great commentary which doesn’t attempt to try to describe this as the penultimate diet, but simply another version of a diet which appears to lead to healthy outcomes.