Andrew Porterfield | September 1, 2017
This article or excerpt is included in the GLP’s daily curated selection of ideologically diverse news, opinion and analysis of biotechnology innovation.

The more we’ve learned about specific connections between genomic variations and diseases, the more important genetic testing and counseling have become. But one area of medicine has lagged in providing this genetic counseling, with unsettling consequences — mental illness.

This means that for many parents, the information they get may not have been scientifically verified or even clinically current. Some information may be accurate, but written in technical jargon penetrable only to a specialist. Overall, the chances of misinformation are high.

A research team from Cardiff University interviewed parents of children who had been tested for a copy number variation (CNV) called 22q11.2 deletion syndrome, which is associated with a number of developmental disorders as well as heart, palate and kidney problems. It’s also associated with a range of psychiatric disorders, including schizophrenia, psychosis, obsessive-compulsive disorder and depression. About half of the parents said they learned about issues from 22q11.2 deletion syndrome from a physician around the time of diagnosis. 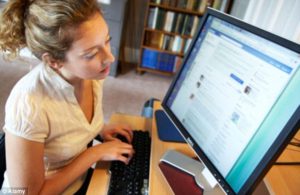 Parents in these studies and others have said they would prefer to get psychiatric information at the same time they get physical disorder information resulting from a genetic test of their children. But counselors and doctors often have been reluctant to discuss psychiatric issues, a tendency that can leave disorders untreated until later life.

Related article:  Gene drives could revolutionize how we deal with pests—if the technology avoids the controversial fate of GMOs

In the Canadian study, less than half (41 percent) of genetic counselors didn’t talk to parents about the psychiatric parts of a genetic test and diagnosis, compared to 83 percent who did talk about physical issues arising from the same test. Reasons for this reluctance included: 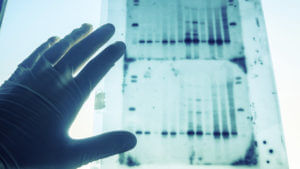 Psychiatric disorders are not the relatively simple monogenic or chromosomal disorders which characterized the first disorders uncovered by genetic testing. But even in the face of this higher complexity, researchers have made some connections that can help parents, physicians and counselors make decisions on later education, monitoring and even medical treatment of children and adolescents. Francis McMahon, chief of the human genetics branch of the US National Institute of Mental Health, warned that such biomarkers need to be reliably genotyped, and have a valid association with later disease. Many biomarkers have not yet passed this test, but others have.

Education is continuing in the psychiatric profession, with commercial panels of CNVs, cytochrome p450 markers, serotonin-linked polymorphic region (SERT LPR), and single nucleotide variations (SNVs) marketed to psychiatrists and psychologists. Genetic counselors do talk to adult patients about risks of developing mental disorders based on family histories — and professional organizations are offering more education on the genetics of mental illness.