‘Designer babies’ just around the corner? More scare than science

The recent news that scientists have successfully edited a human embryo to fix a potentially lethal heart defect is an exciting medical and biotechnological advance. However, the cases for and against human embryo editing are both full of hype.

To work their healing magic, scientists utilized an incredible genetic engineering tool called CRISPR to modify the “broken” gene in human embryos. The ease of use and versatility of CRISPR truly represent a revolution in molecular biology.

Proponents believe that, with tools like CRISPR, we will be able to cure any genetic disease. This is very unlikely to be true for at least two reasons.

First, some very important diseases are what are called “polygenic;” that is, more than one gene is responsible for the condition. In fact, it’s often on the order of hundreds of genes. Researchers believe, for instance, that perhaps as many as 1,000 genes may play a role in the development of autism. Frustratingly, that means there is no single gene that could be identified as “the autism gene.” 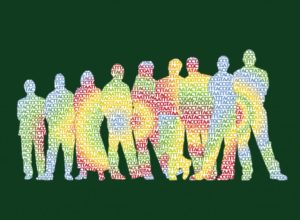 Similarly, large numbers of genes are likely involved in predisposition to cardiovascular disease, cancer, Alzheimer’s and mental illness. Again, “fixing” any one gene with CRISPR would not appreciably lower a person’s risk of developing diseases like these later in life.

Second, human embryo editing may not be a necessary technique. It is far easier to genetically screen embryos for high-risk versions of genes following in vitro fertilizationand prior to implantation in the mother. Genetic editing is tough. The researchers themselves expressed surprise at how difficult it would be in practice to genetically modify genes and have them “stick.”

On the flip side, critics fear an era of eugenics and “designer babies.” There are two responses to these legitimate concerns.

First, although society doesn’t use the term (for very good historical reasons), we already practice eugenics. When smart rich people marry other smart rich people, they usually produce another generation of smart rich people. (This is known as assortative mating.) When a mother aborts a fetus that has a genetic defect, that changes the gene pool. When IVF clinics select healthy embryos and discard unhealthy ones, that too changes the gene pool. As it turns out, eugenics pervades much of our procreative behavior, but we just don’t call it that.

Second, it will be enormously difficult to create “designer babies.” The traits we care about, such as intelligence, physical ability, height and skin color, are all polygenic. It will never be possible to insert a single gene into an embryo and expect the child to grow up with an IQ of 150. Even a simple trait like eye color is controlled by more than one gene.

Our cells contain 23 pairs of chromosomes. In each pair, one comes from the mother, the other from the father. In this experiment, the “broken” gene was on one of the father’s chromosomes. Unexpectedly, when the researchers snipped out the “broken” portion of the gene and tried to replace it with the corrected version, the embryonic cells ignored it. Instead, the cells copied the healthy version from the mother’s chromosome.

Related article:  Viewpoint: Everyone needs to feel the benefits of an 'AI-reliant society' 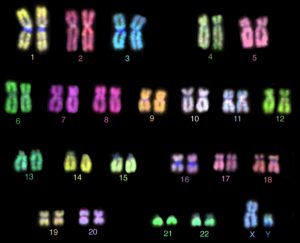 In other words, the cells ignored the DNA that was added to the cell by the researchers and preferred the DNA that was already present. This raises the distinct possibility that creating large-scale changes in the human genome won’t work because the editing will be rejected by the embryos.

Additionally, if gene editing is performed with too little specificity, the results could be disastrous. By accident, other parts of the genome — known as “off-target” sites— could be edited, instead.

Still, with the technology coming into existence and establishing itself in the public consciousness, many are fearful that “designer babies” will be inevitable and that genetically engineered humans are all but a certainty. That conclusion, however, is far from clear.

The US Food and Drug Administration prohibits gene editing in human embryos for the simple fact that there is no evidence of safety. An FDA panel has recently recommended approval from the broader agency itself for an experimental treatment that uses gene therapy in T-cells to potentially cure a type of leukemia. A decision is still pending, but the FDA is well aware of the risks inherent in such technologies.

Even if the technology is eventually deemed safe and becomes commercially available, people may not choose to use it. Just as we are seeing people (incorrectly, in our opinion) fight GMOs, many more will likely turn away from “designer babies.” When it comes to genetically editing our children, there may be an “ick factor” that will prove nearly impossible to overcome.

In summary, fundamental genetic realities and bioethical considerations will prevent “designer babies” from being widespread. We can, though, fully expect that better genetically modified crops and other organisms will be created using CRISPR. In the near-term, that is the most likely use for genome editing.

Alex Berezow, Senior Fellow of Biomedical Science at the American Council on Science and Health, holds a Ph.D. in microbiology and is a member of USA TODAY’s Board of Contributors. Ben Locwin, Ph.D., M.B.A., is President of Healthcare Science Advisors, a consultancy for healthcare and pharmaceutical organizations, and is an expert contact for the American Association of Pharmaceutical Scientists (AAPS).

A version of this article was originally published on USA Today’s website as “‘Designer babies’ won’t be a fad. It’s too hard to create them” and has been republished here with permission from the authors.