When the direct-to-consumer genetic testing company 23andMe received FDA approval in April to market a test for the e4 variant of the gene APOE4, which is associated with elevated risk of developing late-onset Alzheimer’s disease, it gave people a possible peek into their futures.

About 15 percent of the population has one or two copies of the high-risk gene variant. For a long time the risk of developing Alzheimer’s for e4 double-dose individuals was widely cited as 12-15-fold, and 3-fold for those with one copy. Those figures have declined with re-analysis of the data.

Now a new 31-gene test — yielding a “polygenic hazard score” — can identify individuals at higher risk for the disease, including many who test okay for APOE4 e4. (The gene name stands for “apolipoprotein E epsilon 4 allele.”)

“Beyond APOE4 e4 by itself, our polygenic hazard score can identify cognitively normal and mildly impaired older folks who are at greatest risk for developing Alzheimer’s-associated clinical decline over time,” said Chin Hong Tan, a postdoctoral researcher in the department of Radiology and Biomedical Imaging at the University of California, San Francisco and first author of the paper describing the new test in the Annals of Neurology. Each of the 31 gene variants contributes a small degree to the overall risk.

The numbers in the study are impressive: The investigators tracked 31 places within single genes– single nucleotide polymorphisms (SNPs) – where the genomes from 17,008 Alzheimer’s patients and 37,154 controls differ. Then they tested the panel on 1081 people from the National Alzheimer’s Coordinating Center who are “cognitively normal” as well as 571 people with mild cognitive impairment (MCI), which can progress to Alzheimer’s. The researchers used standard tests of memory, naming, trail-making, and other thinking skills, as well as autopsies to identify the telltale plaques and tangles of an Alzheimer’s brain.

The new test panel “significantly predicted risk of progression” to Alzheimer’s, even for people who do not have APOE4 e4 and in the cognitively ok as well as those with MCI. A low score predicts Alzheimer’s by age 85, whereas a high score predicts symptom onset by age 78. That makes sense because risk, of course, increases with age.

APOE4 e4 remains the gene known to confer the highest risk, but the 31-gene combination may be more powerful, and help many more people. The 32 risk genes and a few others aren’t the same as the well-known handful of genes that cause inherited, or familial, Alzheimer’s. That type affects only 600 families worldwide, typically beginning much earlier than APOE4-associated cases.

The familial genes include APP, PSEN1, and PSEN2. In those one percent of Alzheimer’s cases that are inherited, each child of an affected parent faces a 50 percent risk. Health care providers can order dementia panels that probe a dozen or more genes with links to various forms of dementia. 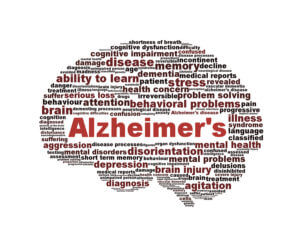 Dual use: Research and self-help

When my grandmother had what I think was Alzheimer’s, in the 1970s, it was called “senile dementia” and more or less regarded as normal aging for some people. That view has changed, but the slow pace of the pathology has hampered development of effective treatments – by the time someone has symptoms and might enroll in a clinical trial to test a new drug, it might be too late to intervene in a process that actually began years if not decades earlier. The new polygenic hazard score may be able to identify healthy people at elevated risk way before that.

Perhaps of more immediate importance, if the polygenic hazard score is validated, is that people can do something with that information. Take a look at the website for “APOE-E4 activists and advocates.” The phrases “genetic pioneers” and “modern day canaries in the coal mine” initially roused my hype-meter, but I was quickly buried in articles published in impressive journals.

The website extols the Bredesen Protocol, named for Dale E. Bredesen, MD, of the Mary S. Easton Center for Alzheimer’s Disease Research at UCLA and the Buck Institute for Research on Aging. This paper from 2014 describes “a novel, comprehensive, and personalized therapeutic program that is based on the underlying pathogenesis of Alzheimer’s disease, and which involves multiple modalities designed to achieve metabolic enhancement for neurodegeneration (MEND).” (Bredesen has since distanced himself from the MEND label, but his work continues on several research fronts.)

The report from 2014 profiles 10 cases, which of course is not the same as a randomized, controlled clinical trial, but they’re fascinating to read – and practical. All the patients had symptoms of cognitive decline: becoming lost in familiar places, leaving the stove on, forgetting pets’ names.

The “therapeutic program” that the 10 people followed typically entailed: 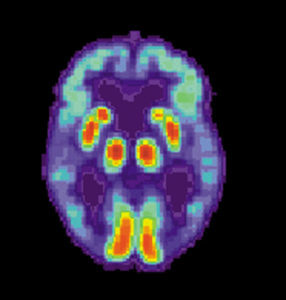 The programs were individualized. Some women began or re-started estrogen replacement therapy. A few participants began taking melatonin, and a few eliminated gluten. Some added fish oil. Diagnostic histories varied. Some people had APOE4 testing, and some had PET scans that revealed the low-glucose-uptake brain areas characteristic of early Alzheimer’s.

Patient #1, who’d been seriously considering suicide after having taken care of her mother who’d had Alzheimer’s and noting her own symptoms, stuck to most of the protocol and felt considerably better after 3 months.

I’m sure that Bredesen’s new book The End of Alzheimer’s: The First Program to Prevent and Reverse Cognitive Decline has many more cases.

For those more technically inclined, a recent paper in Molecular Neurobiology from Bredesen and his colleagues describes APOE4’s role as a transcription factor, meaning that it can activate suites of genes. With a genetic effect that sweeping, an empirical case series makes sense.

Despite the convincing clarity of the 2014 report, I couldn’t help but be catapulted back to the 2006 investigation from the General Accounting Office that remains such a classic in spotting pseudoscience that I still assign it to my students. 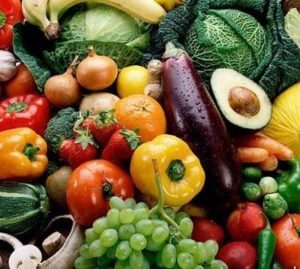 In that study, government investigators submitted DNA samples from a 9-month-old girl and a 48-year-old man to four “nutrigenetics” companies, along with 14 made-up lifestyle/dietary profiles. None of the companies, which offered dietary suggestions and pricey packages of exactly the supplements that an individual purportedly needed to avoid her or his genetic fate, took a health history.

The costly advice from the four nutrigenetics companies tracked with the invented backgrounds of the customers, not with their genetics. And the company report spotted common conditions, to which genes may contribute minimally, and advised generic and obvious strategies, like exercising and eating more veggies.

Concluded the researchers: “Although these recommendations may be beneficial to consumers in that they constitute common sense health and dietary guidance, DNA analysis is not needed to generate this advice.”

But the situation with late-onset Alzheimer’s disease is focused and decidedly different than the bogus nutrigenetics evaluations. Although the 31-gene test requires extensive validation, it has the potential to provide, along with APOE4 testing, a toolbox to find those of us at highest risk, and alert us in time to do something about it. And all of us could benefit from Bredesen’s protocol – probably the sooner the better.

DNA isn’t fate. We almost always have some control.