How do you know if your mutation will lead to a genetic disease?

Sonia Vallabh’s mother deteriorated quickly. Her condition started with some blurred vision and minor cognitive glitches, but within a few months she couldn’t recognize her own daughter. Within a year she was dead. After her death her doctors performed tests to see what caused her rapid, neurological decline. The final diagnosis was a prion disease — a poorly understood infectious condition which causes proteins in the brain to abandon their normal structures, clump up and become toxic. The most famous prion disease is mad cow disease, but the disease appears to also have a genetic basis and Sonia’s mom had one of those mutations.

Sonia got tested for the mutation herself. And as her doctor told her, she had the same change in the prion protein gene PRNP that her mother had. Sonia and her husband, Eric Minikel, immediately asked if having the mutation meant she would definitely get the disease. He wrote on his blog:

Sonia and I had no scientific training, and a dim memory of high school biology. Sonia had just graduated law school. I was working in transportation technology consulting. We would eventually learn that the scientific term for what we were asking about was penetrance. Penetrance is the probability of developing a particular genetic disease if you have a particular genetic mutation.

A mutation with high penetrance will most likely cause a disease. A 100 percent penetrance means developing the disease is a certainty. But a great many disease causing genes have low penetrance. The penetrance for the breast cancer-associated genes BRCA1 and BRCA2 are 48 and 74 percent respectively. For BRCA1, this means theres a greater than 50 percent chance have the that mutation will lead to breast cancer. But with diseases as rare as prion folding disease, its extremely difficult to develop penetrance measurements. In part because it is very difficult to find people affected with the condition.

Vallabh, a lawyer, and Minikel, a transportation analyst, took night classes and retrained as biologists. They both began PhD studies at the MIT Broad Institute in the same biostatistics lab hoping to answer the most pressing question of their lives: would Vallabh fall ill? What was the penetrance of her mutation?

Along with their international research team, they analyzed data from more than 16,000 prion disease patients and healthy people pulled from the Exome Aggregation Consortium and 23andMe. Karen Weintrub at STAT describes the process:

The size of the data sets allowed the researchers to draw conclusions even with a condition as rare as prion disease. Doctors had previously only known about 63 possible mutations in people with disease, so they had thought that all the mutations necessarily caused problems. But the researchers found 141 healthy people in the 23andMe dataset who had mutations to the PRNP gene — a rate far higher than the incidence of prion disease. That means some of the mutations must be harmless or at least not always cause disease, said J. Fah Sathirapongsasuti, a computational biologist at 23andMe and a study coauthor.

The researchers found that three of the 16 mutations they identified were highly penetrable, others were almost benign and still others couldn’t be classified despite the huge sample size and international cooperation. In part, the results offer some hope. Many people who had one of these disease mutations were living healthy lives because they also carried a healthy copy. But they also discovered that Vallabh’s mutation will indeed be fatal if no treatment can be made available.

Robert Green, a medical geneticist at Harvard, described the phone call he made to one of his patients with a mutation that proved to be benign as one of the ‘most exhilarating’ of his life as a clinician in an editorial. Vallabh and Minikel’s work removed the burden of doubt from his patient’s future. And by proving it was possible to remain healthy with a highly penetrant mutation as long as there was a healthy copy of the gene, the work opens work for possible future treatments, maybe using gene editing.

Related article:  How many genomes is enough for US Precision Medicine Initiative?

The study also shows the growing importance of data sharing and ‘big data’ to unravel the mystery of a gene’s penetrance. 23andMe CEO Anne Wojcicki has long said she thought the ultimate value of her company would be realized by drug companies who would find drug and disease targets with her data. And research portals like the Matchmaker Exchange are working on a standardized system to internationally report genetic findings and their related health implications so big, ambitious projects like Vallabh and Minikel’s are easier and faster.

Another aspect of this woman’s story, one that might be more applicable to the lives of many patients, is that she was told about a life-altering, non-treatable condition in the first place. Medical ethicists are still in debate over whether to tell people their genetic status for conditions if there is no treatment. Alzheimer disease is a great example. The American College of Medical Genetics and Genomics urges that physicians not test for the Alzheimer-related APOE gene because that information could only be damaging to a person, not helpful. 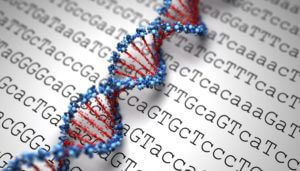 But Vallabh’s story is a great counter. Although she learned she carried a fatal neurodegenerative mutation, she did act on it. Not every patient can go to life altering lengths like Vallabh did and quit her job and become a Harvard-MIT PhD. But anyone can empower themselves and gather information, which Vallabh told STAT was her first step. Imformation can also inspire a patient to make provision for end-of-life care. Or decide not to have children of thier own.

When it comes to genetic conditions, it’s important to tell patients who want to know says Robert Green:

By many published standards and expert perspectives, Sonia should have been heavily counseled, if not dissuaded, about the potential psychological damage of learning whether or not she carried this mutation, with the underlying assumption that no medical good could result from such knowledge. But the notion of actionability has proven to be far less parochial than current conventions would suggest. Accumulating evidence from disclosure of genetic risk for a single condition, for panels of genetic risk markers, and for potentially devastating unanticipated findings suggest that when individuals wish to know their genetic risks, they largely manage the information in highly constructive ways. The power of sharing of such knowledge with patients might, in some cases, be exaggerated by genetic testing companies in the emerging bioindustrial complex, but patient empowerment also appears to be a tangible, quantifiable construct that can stir fundamental personal changes and breakthrough science.

Sometimes, that leads to more confusion. A study showed that after people received reports of their genetic conditions from a direct-to-consumer genetic testing company they were less confident in their genetics knowledge. That’s a good thing. It means people aren’t jumping to conclusions about their health. Rather they’re appropriately flummoxed by extremely complicated information. Medical geneticists are, too. But the idea you should protect patients from themselves is certainly not the answer. Just ask Vallabh and Minikel.