35 years ago, the world entered an important new era in pharmaceutical development with the approval by the FDA of human insulin synthesized in genetically engineered bacteria–the world’s first recombinant DNA drug product. As the medical reviewer of the product and the head of the review team, I had a front-row seat.

The saga is remarkable in several ways, not least of which is that although both the drugmakers and regulators were exploring unknown territory, the development of the drug and its regulatory review progressed smoothly and rapidly.

Insulin in crude form was first produced in 1922 by Canadian researchers Frederick Banting and Charles Best, which lifted the death sentence that had previously been imposed on diabetics. By the end of that year drug company Eli Lilly and Company had devised a method for much higher purification. Over the next half century or so, the purified insulins obtained from pig or cow pancreases, which differ slightly in chemical composition from human insulin, were constantly improved in purity and formulated in ways that refined their performance.

During the early 1970′s, as the supply of animal pancreases declined and the prevalence of insulin-requiring diabetes grew, there were widespread fears of possible future shortages of insulin.  Fortuitously, around the same time, a new and powerful tool – recombinant DNA technology, also known as “genetic engineering,” or “gene-splicing” – became available and offered the promise of unlimited amounts of insulin that was identical to the molecule produced by humans.

The seminal molecular genetic engineering experiment was reported in a 1973 research article by academic scientists Stanley Cohen, Herbert Boyer and their collaborators. They isolated a ringlet of DNA called a “plasmid” from a bacterium, used certain enzymes to splice a gene from another bacterium into that plasmid, and then introduced the resulting “recombinant,” or chimeric, DNA into E. coli bacteria.

When these now “recombinant” bacteria reproduced, the plasmids containing the foreign DNA were likewise propagated and produced amplified amounts of the functional recombinant DNA. And because DNA contains the genetic code that directs the synthesis of proteins, this new methodology promised the ability to direct genetically modified bacteria (or other cells) to synthesize desired proteins in large amounts.

Lilly immediately saw the promise of this technology for the production of unlimited quantities of human insulin in bacteria. After obtaining from startup Genentech, Inc. the recombinant E. coli bacteria that contained the genetic blueprint for and that synthesized human insulin, they developed processes for the large-scale cultivation of the organism (in huge fermenters similar to those that make wine or beer) and for the purification and formulation of the insulin.

Insulins had long been Lilly’s flagship product, and the company’s expertise was evident in the purification, laboratory testing and clinical trials of human insulin. The company’s scientists painstakingly verified that their product was extremely pure and identical to pancreatic human insulin (which differs slightly in chemical composition from beef and pork insulin).

Lilly began clinical trials of its human insulin in July 1980. The product performed superbly. There were no systematic problems with treating “naive” patients (who had never before received injections of insulin) or those switched from animal to human insulin. A small number of patients who had had adverse reactions of some kind to the animal insulins tolerated the human insulin well.

The dossier that provided evidence of safety and efficacy was submitted in May 1982 to the FDA, where I was the medical reviewer and head of the evaluation team. Over many years the FDA had had prodigious experience with insulins and also with drugs derived from various microorganisms, so it was decided that no fundamentally new regulatory paradigms were necessary to evaluate the recombinant human insulin.

In other words, recombinant DNA techniques were viewed as an extension, or refinement, of long-used and familiar methods for making drugs. That proved to be an historic, precedent-setting decision. 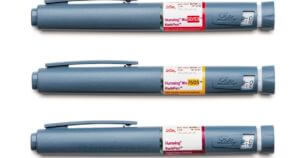 Based on an exhaustive review of Lilly’s data, obtained from pre-clinical testing in animals and clinical trials in thousands of diabetics, FDA granted marketing approval for human insulin in October 1982. The review and approval took only five months when the agency’s average approval time for new drugs was 30.5 months. In retrospect, that rapid approval was particularly remarkable for a drug that was produced with a revolutionary new technology, and that after approval would be available in pharmacies nationwide to millions of American diabetics.  When the approval had been officially signed off, I phoned Lilly’s head of regulatory affairs to deliver the news.  There was a long silence on the other end – while he waited for the other shoe to drop.  No drug, let alone one made with a new technology, had ever been approved that quickly.

An article on the front page of the New York Times at the time of the approval contained my prediction that the speedy approval was a major step forward in the “scientific and commercial viability” of’ recombinant DNA technology. “We have now come of age,” I was quoted as saying, and potential investors and entrepreneurs agreed: Seeing that biopharmaceuticals would compete with other medicines on a level playing field, the “biotechnology industry” was on the fast track.  This kicked off an era that within a couple of decades would see recombinant DNA-derived drugs and those made with another biotechnology – monoclonal antibody technology – dominate drug development. Sales are in the hundreds of billions of dollars annually, and recombinant DNA- and monoclonal antibody-derived drugs dominate the top ten sales leaders in the pharmaceutical sector.

The rapid human insulin approval was not the beginning of a trend toward regulatory enlightenment, however.  Even with a toolbox of improved technologies available to both the FDA and industry, bringing a new drug to market on average now takes 10-12 years and costs over $2.5 billion.  Regulators are highly risk-averse, few new drugs are approved without convening extramural advisory committees, and decisions are sometimes hijacked by political forces outside the FDA.

Henry Miller, a physician and molecular biologist, is the Robert Wesson Fellow in Scientific Philosophy and Public Policy at Stanford University’s Hoover Institution. He was the founding director of the Office of Biotechnology at the FDA. Please follow him on Twitter at @henryimiller.

Related article:  'Substantial equivalence': Are GMOs as safe as other conventional and organic foods?