What differentiates humans from chimps: Differing DNA or different expression of similar genes

Why are we so different from our closest relatives, the chimps? Puzzling, since there seem to be few DNA differences between our two species. But researchers are looking hard at those differences in hopes of identifying uniquely human stretches of the genome that help make us quite unlike our nearest ape kin.

Findings have reported on two different stretches of uniquely human DNA that seem likely to contribute to building bigger brains, in particular the exceptionally big human brain. Could these answer why are so different from those animals that are very genetically similar?

One study described a gene that not only triggers brain growth, it can stimulate creation of the folds and fissures on the brain surface that are characteristic of primate brains and exceptionally prominent in the human brain. Folding increases the brain’s surface area, making more room for neurons to process and store information.

Researchers at the Max Planck Institute of Molecular Cell Biology and Genetics in Dresden, Germany, went looking for a gene that was particularly active during development of the cortex, which happens very early in life. The cortex is the thin outer layer of brain tissue believed to be essential for memory, attention, awareness,  and, in humans, thought, language, and consciousness.

They found the gene by examining gene activity in aborted human fetal tissue and comparing it with tissue from mouse embryos, identifying 56 human genes that the mouse lacked. The most active was a gene called ARHGAP11B, a partial duplication of an existing gene. The duplication arose sometime after human evolution split off from the line that led to chimps some 5 or 6 million years ago. It is uniquely human, being present in Neanderthals and Denisovans, our long-gone kin, as well as anatomically modern humans, the last Homo standing. (That’s us.)

The researchers found out what ARHGAP11B did by putting it into transgenic mice. It doubled the mice’s cortical stem cells and increased their brain size.

Startlingly, some of the transgenic mouse brains developed convolutions.

These folds are more like ripples, nothing like the convolutions in primate brains, let alone the complex fissures of the human brain. But still.

You don’t need a gene to make a big brain 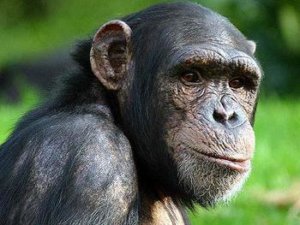 Keep in mind, though, what Marta Florio, the first author of the ARHGAP11B paper, told Live Science: it’s likely this gene is just one of many genetic changes that make human cognition special.  It is not the gene for a big convoluted brain.

The fact is that you don’t need a gene to make a big brain. In fact, it’s quite likely that a lot of the DNA that’s crucial for making a big human brain doesn’t come in the form of genes at all.

Here I’m using “gene” in the sense we usually mean it, a stretch of DNA that codes for a protein. That’s what ARHGAP11B does. But protein-coding genes occupy only a minuscule 1 percent of the human genome. The rest of it—formerly known as junk DNA, now called non-coding DNA—is largely still a mystery. But it’s clear that much of it, maybe most of it, is supervising what genes do. Regulating gene action.

Which is why, forty years ago, scientists proposed that the phenotypic differences between humans and chimps—those dramatic differences in appearance and behavior—came about largely because we humans evolved new ways of regulating our similar genes.

Related article:  Name recognition could be key to an early diagnosis tool for autism

Since then researchers have identified many DNA regions that didn’t change much during the evolution of mammals, including most primates, but began to explode with variation, many of them after the first early hominins diverged from the evolutionary line leading to chimps.

These DNA bits are called Human-Accelerated Regions (HAR). HARs are present in our dead-and-gone relatives, the Neanderthals and Denisovans, as well as us.

HARs lie mostly in non-coding DNA. That has made their functions not so easy to figure out. But there are hints about what they do, because HARs are not scattered randomly in the genome.

HARs cluster near genes that are important in earliest life and in the central nervous system, the brain and spinal cord. Which makes perfect sense, because our big brains, and the behavior that originates there, makes us so different from other creatures.

A paper from researchers at Duke University has backed that up, showing that HARE5 regulates a gene that figures in brain development and size. (The E in HARE means that this DNA region, accelerated in human evolution, acts as an enhancer, which is to say it enhances the transcription of an associated gene.)

No, it does not enhance the ARHGAP11B gene. Nothing so simple and neat where the human brain is concerned. It regulates an entirely different gene, one that has a much more captivating name: Frizzled-8, Fzd8 for short. As Marta Florio said, many genetic changes have shaped the human brain.

Mouse embryos with the human HARE5 had brains 12 percent larger than the mice with chimp HARE5. Mouse brains start developing on the 9th day of embryonic life. Human HARE5 appears to make the stem cells that will turn into neurons divide faster and therefore makes a lot more of them.

This work is the first time scientists have shown a direct connection between a HAR and a functional outcome—in this case a dramatic effect on brain anatomy.

“I think HARE5 is just the tip of the iceberg,” one of the researchers told blogger Ed Yong. “It is probably one of many regions that explain why our brains are bigger than those of chimps.”

Does a big brain change behavior? 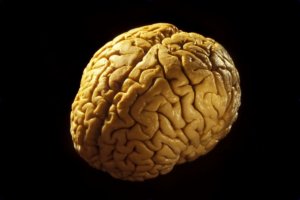 Even more interesting is the question of whether the ARHGAP11B gene and human HARE5 do more than enlarge brains. Do they produce changes in behavior and cognition as well?  Will their bigger brains make these transgenic mice smarter? Testing is under way to check that out in both labs.

Which raises an ethical question. Could—or should—discoveries such as this one be used eventually to create smarter animals? Is there a future for Planet of the Apes outside of Hollywood?

Johns Hopkins bioethicist Ruth Faden told NPR she thinks it’s a far-fetched concern. Still, she said, “The prospect of, sort of, tearing down the barriers between humans and other nonhuman species in ways that really threaten our sense of ourselves as special is disturbing.”