A new paper published in the journal GM Crops and Food points to significant increases in carbon emissions and a worse environmental impact associated with weed control practices if farmers around the world stopped planting glyphosate-tolerant crops. Decreased production of important agricultural commodities, higher prices and lower farm incomes would also be expected.

The peer-reviewed paper by [the author of this article] Graham Brookes of UK-based PG Economics Ltd and Farzad Taheripour and Wally Tyner of Purdue University examined the impacts that would arise if restrictions on glyphosate use resulted in the world no longer planting genetically modified herbicide-tolerant (GM HT) crops. It examined this from two perspectives; the “first round” farm level and aggregate impacts based on “removal” of the benefits associated with the widespread use of GM HT crops (tolerant to glyphosate) and the global economy-wide consequences, based on input of the farm level data impacts, into the Computable General Equilibrium (CGE) model GTAP-BIO (economic model which has been frequently used to examine the economic and environmental impacts of energy-agriculture-environment-trade subjects) that analyzes land use, land use emissions and economic impacts.

Context of GM HT crop use

In 2015, the global cultivation of GM HT crops was 147.9 million hectares (365.47 million acres), a 200-fold increase from the 1996 level of 0.7 million hectares. The number of countries adopting biotech HT crop cultivation has also increased from three in 1996 to thirteen in 2015, with the United States leading the way in the use of this technology in crop production and accounting for 43% of total plantings in 2015. These crops are mostly found in soybeans, maize/corn, cotton and rapeseed/canola and accounted for 41% of the global plantings to these four crops in 2015.

Glyphosate is widely used in agriculture for weed control in many countries across a range of crops/uses and is a key part of the production system that uses GM HT crop technology. The GM HT technology allows for the ‘over the top’ spraying of these crops with the herbicide glyphosate. 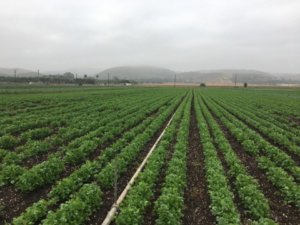 The ‘first-round’ impacts would result from the loss of the benefits associated with the adoption of GM herbicide tolerant (to glyphosate) crops. Specifically:

Global production of soybeans and rapeseed/canola would fall by 3.7% and 0.7% respectively, partially offset by increases in production of other oilseeds (notably palm oil). These changes are different from the “first round” farm level impacts because the impact of no longer growing GM HT crops affects relative crop prices and this affects production of both crops in which GM HT technology is used and those where conventional production methods are used.

World prices of all grains, oilseeds and sugar are expected to rise, especially soybeans (+5.4%) and rapeseed/canola (+2%). The loss of GM HT technology reduces global welfare by $7,408 million per year. The big losers are: China (-$2.1 billion), US (-$1.9 billion), and the EU (-$0.9 billion). The losses in China and the EU reflect their high import dependence and the worse terms of trade arising from higher world prices. The US welfare losses largely reflect production efficiency losses associated with no longer using GM HT technology.

Read the full study: The contribution of glyphosate to agriculture and potential impact of restrictions on use at the global level