Are seed patent protections abused by Monsanto and other agro-corporations?

For 85 years, the same patent protection that covers all other inventions, from new processes to new machines, has applied to seeds, plants and other agricultural products. It’s been the beating heart of innovation, recognized around the globe. However, anti-GMO activists now steadfastly insist that genetic engineering is using patent protection to stifle innovation and diversity.

Activists claim that patents prevent farmers who use legally protected seeds from being able to keep these seeds from their harvest to be used in subsequent years—which is true. Philosopher and anti-GMO activist Vandana Shiva blames patents for strangling biodiversity.

Corporate-led industrial monocultures are destroying biodiversity, and we are losing access to the food systems that have sustained us throughout time. When we consider the number of patents involved in these initiatives, it becomes all too clear that the only beneficiaries of these supposedly ‘people-led’ ventures are large companies operating for profit — not for people.

Do they have a case?

What have patents wrought?

Patents, or at least some sort of protection from copying somebody else’s invention, go back to at least the Middle Ages. In the United States just after the Revolutionary War, intellectual property protection was written into the new constitution, and almost as soon as the ink had dried on that document, the 1790 Patent Act was passed. The law defined a U.S. patent as “any useful art, manufacture, engine, machine, or device, or any improvement thereon not before known or used.” It granted the applicant the “sole and exclusive right and liberty of making, constructing, using and vending to others to be used” of his invention.

Initially, patent protections were not adopted by agriculture, except in the use of new farming tools. The idea of patenting seeds was not even considered. Until the very early 20th century, farmers did not purchase seeds; there was almost nobody to purchase them from!

Typically, a farmer kept seeds from previous harvests and reused them, or shared seeds with neighbors. They did get some government help, too. As farmers moved west to settle the new United States, the Patent Office and later, the Department of Agriculture, distributed seeds to farmers for free. Between 1890 and 1897, some 10 million packages of seeds were given out. While this practice helped create more predictable production, it did not foster innovation.

Growers of asexually reproducing plants (such as apples, pears or roses) had unique problems. They too, could keep and graft successful fruits onto a new generation of trees, but this process could take years to determine which grafts were the best. In addition, it was a simple thing for somebody to take a new type of fruit and graft it onto a host of trees with no recognition of (or payment to) the original breeder. Nursery owners, then, pressed for passage of what eventually became the first patenting of plants, the 1930 Plant Patent Act. 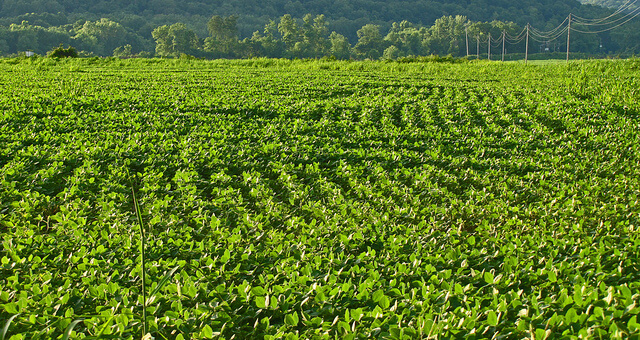 The Plant Patent Act of 1930 helped usher American agriculture into the scientific age. Gregor Mendel’s paper on genetics had been rediscovered in 1900, but growers and breeders had not yet adopted these ideas to plants. That situation began to change, as protection of inventions allowed innovators to earn enough in royalties, fees and licenses to support seed research and development. Previously, this research was carried out only at land-grant universities, state experimental stations and other government agencies.

This law established patent rights for developers of new varieties of many asexually propagated plants, for example apple trees and rose bushes that are propagated by cutting pieces of the stem rather than by germinating seeds. Tuber-propagated plants, such as potatoes, were exempt from patent coverage because the part of the plant used for asexual propagation was also the part used as food. Similar laws were passed in Europe in subsequent years.

Patent laws were expanded with the 1970 Plant Variety Protection Act to include sexually reproducing plants (most notably, their seeds). This act is a voluntary program that has provided patent-like rights to breeders, developers and owners of plant varieties. The amended act also added protection to potatoes and other tuber crops. The primary purpose of the PVPA is to ensure that developers of varieties would benefit and be able to recover research cost. Without it, the only protection available to breeders was the biological protection of inbreds used for hybrid seed production; hence, the act was passed to encourage the development of new non-hybrid varieties.

Related article:  Viewpoint: If Europe wants to be 'carbon neutral,' it needs to embrace biotechnology—GMO and CRISPR crops included

Without protection of intellectual property, such innovations, in conventional farming as well as in genetic engineering, would be far less likely, due to the ability of copiers to simply take somebody else’s work as their own after the inventor spent years and often millions of dollars in development costs.

Patents on plants are still not as plentiful as patents on other inventions. According to a Department of Agriculture report, more than 18,000 plant patents were granted to inventors between 1990 and 2014. Of those, 6,658 were filed by U.S. corporations, 7,468 were filed by foreign corporations, 1,955 by U.S. individuals, and 1,892 by foreign individuals. In 2014 a total of 1,072 plant patents were granted, compared to 326,000 patent grants in total. 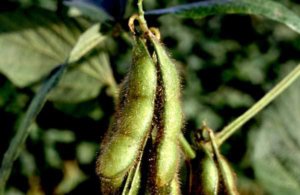 For a patent to hold, the innovation must be novel, non-obvious, and usable. Once the US Patent Office has approved a patent application, it holds for between 17 and 20 years, although extensions can be made for further innovations on an original invention. Ironically, one of the most common targets of intellectual property anti-GMO critics, Monsanto’s Roundup-Ready seeds and plants, just lost its patent protection. The University of Arkansas in 2015 released a public version of what was once Roundup Ready soybean seeds, available without fees and for saving and replanting in multiple harvests.

Patents do prevent farmers from saving and reusing patented seeds, particularly highly productive GMO and non-GMO hybrids, some of which are used by organic farmers. But how many farmers actually save seeds? Or want to save seeds but are denied the opportunity because of the patent laws?

The anti-GMO lobby uses this argument against Monsanto and other patent-holders, claiming that companies and the patents they hold prevent farmers from reusing seeds from their harvests, forcing them into an indentured servitude of sorts wherein they are forced to buy new seeds every year. This meme is also common in the developing world; in India for example, Vandana Shiva and other GM critics contend that the country is awash in suicides because farmers are bullied into buying patented seeds and then cannot afford to repurchase them, prompting a rash of suicides. Shiva is wrong; the evidence confirms that the number of suicides in India has held steady for decades, dating to well before patented and GMO seeds were used in any great numbers.

In the developing world, it turns out that most farmers don’t save seeds, and prefer to purchase new ones each year. Why? Because the hybrids that created a uniform, vigorous crop don’t reproduce as consistently as saved seeds. Subsequent harvests from saved seeds do not show the same successful results as the original hybrids. The genes for desired traits often get reshuffled in hybrid progeny, as seen in this video:

To maintain high productivity, farmers willingly pay the extra cost to use new hybrid seeds each year. If at some point the cost of buying patented seeds exceed the return, farmers would simply stop buying. Bu with technology driving regular improvements in seed quality, this simply will not happen.

These facts put patent infringement lawsuits into a different perspective. Anti-GMO activists cite cases like Bowman vs Monsanto to illustrate what they believe is the harassment of innocent farmers who would have preferred to save seeds for subsequent harvests, and/or were the innocent victims of the wind or the odd grain silo. But the case actually illustrates the opposite of what activist claim. In 2013, the Supreme Court ruled unanimously that farmers could not use Monsanto’s patented genetically altered soybeans to create new seeds without paying the company a fee. SCOTUS ruled that Bowman had in effect stolen Monsanto’s intellectual property and then lied about it.