This article or excerpt is included in the GLP’s daily curated selection of ideologically diverse news, opinion and analysis of biotechnology innovation.
It’s not supposed to be like this. Activists and advocacy groups who support organic food and deride anything genetically modified point to patenting as one reason why GMOs are “bad.” Patenting of seeds, they say, is a symptom of control by “Big Ag,” which is taking over our food supply and preventing farmers from planting the seeds they want. The use of patented seeds, they claim, flies in the face of biodiversity that only organic agriculture can provide. 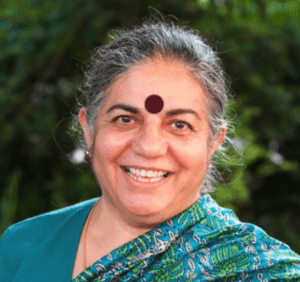 Why have we bought into the biotech industry’s program, which pushes a few monoculture commodity crops, when history and science have proven that seed biodiversity is essential for growing crops capable of surviving severe climate conditions, such as drought and floods? As physicist and environmentalist Vandana Shiva explains, we have turned seed, which is the heart of a traditional diversity-rich farming system across the world, into a powerful commodity, used to monopolize the food system.

Are patented seeds corrupting the market for organics?

Let’s set aside for a moment the fact that Global Research’s central source, Indian activist Vandana Shiva is not a physicist, although she claims to be; she has a Ph.D. in philosophy and has no practicing or research background in hard science, let alone genetics or agronomy. Let’s examine her claim, echoed by others, that patented seeds allow large corporations to impose genetically modified crops on the world to ‘control the global food system’ at the expense of organic farming and food.

While there are regulatory entities in place to monitor how plants are grown and how foods grown from them are labeled, such as the USDA’s National Organic Program, there is no set standard on how the plants are bred. The issue has grown complicated since 1980 when the US Supreme Court allowed patents to be granted for living organisms, including plants. Patents provide ownership of newly created seeds to plant breeders and agribusinesses. 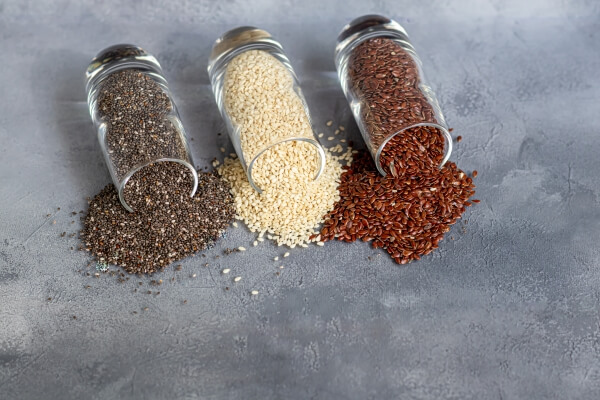 A plant patent is granted by the United States government to an inventor who creates or discovers and reproduces a distinct and new variety of plant. Plants and seeds can be patented if they are defined by a single DNA sequence that has been created either through engineering or conventional breeding (that is irrelevant to the patent). The resultant seeds are then granted a patent that lasts for 20 years. This system applies to conventional seeds (including genetically engineered seeds) and organic seeds. It is in effect around the world. For example, in 2015, the European Union Patent Board granted patents for two plants which had been bred conventionally, but not genetically engineered. These were a tomato (which had low water content) and a broccoli (which had enhanced glucosinolates).

In 1980, a ruling by the US Supreme Court made it possible to patent seeds; how plants are grown is not patentable. As Jim Myers, professor of vegetable breeding and genetics at Oregon State University wrote, “In all but a few cases, all contemporary varieties developed by private breeders are protected, and most public varieties are protected as well.”

Patenting does not appear to have limited the availability of seeds, organic or conventional, most experts agree. “Although the widespread preference for GM seed ensures that there are often more GM choices than non-GM, farmers report a wide variety of both kinds,” noted the Washington Post after talking to many farmers and associations.

The US Patent and Trademark Office records every patent ever applied for, granted, and expired. A search for organic seeds comes up dry. Under programs such as the USDA’s National Organic Program, the regulatory focus is primarily on how organics are grown, not the seed used. The same seed, patented or not, can yield either organic or conventional food depending upon the growing system. Organic seeds, which are not patented, are required for organic certification status in the US and Canada, although both countries allow untreated non-organic seeds to be used under certain circumstances. Many organic farmers, particularly outside of North America, start with conventionally bred seeds, often patented, and raise crops from them using organic methods.

Which organic products are patented?

Some companies and some individuals have patented non-seed items as organic, although patenting is in contradiction to the ideals espoused by anti-GMO activists, who by and large portray patenting as a ‘ploy’ by agribusinesses to ‘control the global food supply.’ Several organic groups are now advocating a concept known as “organic breeding.” Some companies have applied for and received patents for organic plants, if not seeds:

Any farmer wanting to use patented fertilizers, fungicides, and other products developed by organic companies would need specific permission from the patent holder (and this permission would almost certainly involve a fee). While only the last application specifically refers to organic methods, the patents contradict the idea promoted by activists that patenting and organics just can’t — and shouldn’t — mix.

Non-patented organic seeds and the myth of heirlooms

Many organic growers use organic seeds, but not all. Some organic growers use conventional, patented and off-patent seeds, often by starting with the same seeds that other farmers use, but growing crops from them using organic methods. Others use seeds claimed to be organic but not certified as such. In Mother Earth News, writer Margaret Roach extolled the value of “high-quality” seeds, which she equated with “organic, regionally adapted varieties.” 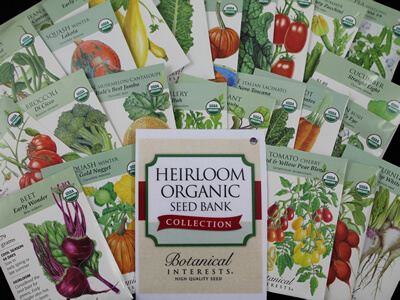 Seeds of Change, a California organic seed and plant grower, specifies that it grows its seeds organically (as opposed to using patented organic seeds), does not use genetic engineering and uses heirloom and traditional varieties of seeds and plants “because of their time-tested value to generations of gardeners and farmers.”

While some open-pollinated, or heirloom, varieties can be quite successful, other heirlooms can be a disaster. Old varieties can also preserve inbreeding with the phenotypic feebleness that often accompanies it. It’s just as hard, also, to determine what an heirloom actually is, just as it’s difficult to determine the exact nature of an organic seed.

“The term is one of art more than law, and it is certainly not a term that has any agreed meaning or relevance in patent law,” according to Val Giddings, geneticist and senior fellow with the Information Technology and Innovation Foundation.

Heirlooms are open pollinated, which means insects or wind select the parents. Beyond that, the definition is open to dispute and has nothing necessarily to do with quality. By most definitions, a 50-year-old seed that produces a tiny, undesirable tomato is an heirloom. The term is usually applied to fruit, flower or vegetable varieties that were grown before World War II, but not always, and not by regulation.

Some organic seed sellers claim heirloom status for seeds from tomato varieties only 20-30 years old, Giddings noted. Technically, GMOs can be heirlooms. The sweet potato is a natural GMO and you can get seed for it, which means you can have a GMO heirloom.

Andrew Porterfield is a writer, editor and communications consultant for academic institutions, companies and non-profits in the life sciences. He is based in Camarillo, California. Follow Andrew on Twitter @AMPorterfield

This story was originally published on April 7, 2017.