We produce enough food on this planet to feed everyone: So why do we need GMOs?

Critics and supporters of biotechnology are at odds over whether the world faces a genuine food shortage, and the role that genetically engineered crops could play in addressing future challenges.

Many genetic engineering advocates note that the world population is on course to exceed 9 billion by 2050. Most people agree that the rise in the sheer number of people along with the increased caloric demands of the developing world that is becoming more prosperous and more desirous of meat in their diet will stress the global food system. While not a silver bullet, GM foods are a key tool, argue most scientists and many science journalists, in helping to addressing this inevitable crisis.

Here is what the Washington Post has editorialized on this issue:

If GM food becomes an economic nonstarter for growers and food companies, the world’s poorest will pay the highest price. GM crops that flourish in challenging environments without the aid of expensive pesticides or equipment can play an important role in alleviating hunger and food stress in the developing world — if researchers in developed countries are allowed to continue advancing the field.

Anti-GMO activists vigorously dispute this scenario. They argue, correctly, that there are currently enough calories created to go around: the issue they say, is waste. Distribute food more fairly and efficiently, and the problem goes away. GE crops will help already bloated agri-businesses but not the neediest, they say. Here is what an Environmental Working Group argues in a press release entitled “GMOs Won’t Help the World’s Hungry.”

The narrative that GMOs will help feed the world … ignores the fact that hunger is mostly the result of poverty. It’s true that about 70 percent of the world’s poor are farmers and that increasing their crop yields could help improve their lot, but what truly limits their productivity is the lack of basic resources such as fertilizer, water and the infrastructure to transport crops to market. …

When it comes to meeting the world’s future demands for food, GMOs are a red herring. They haven’t been shown to improve food security, and they distract from real solutions that can both lift people out of poverty and minimize the environmental impact of food production.

Biotech opponents are factually accurate in their claim that the world produces enough food to feed everyone. According to the United Nations and others, hunger that exists today—particularly in industrialized countries—isn’t due to an outright shortage of crops and animals, but distribution, storage, economic and political issues. So the problem could theoretically be solved—if we had a perfect distribution system, which we don’t and may be impossible to achieve.

So the real issue becomes: How do we produce more food in an environmentally sustainable way?

Knowing the limitations of farming

Is there a limit to how much we can farm? Are there lines in the loam beyond which the planet suffers, perhaps permanently? Backers of the idea of “planetary boundaries” say “yes,” but it’s not like falling off a cliff—not yet.

Johan Rockstrom, a Swedish environmental scientist who first introduced the idea of planetary boundaries, published a paper which argues that agricultural production must be intensified to produce more food. That intensification must also “deliver climate stabilization, food control, biodiversity enhancement, and so on,” said environmental activist, author, and former GMO opponent Mark Lynas in a review of Rockstrom’s paper:

Sustainable intensification…would put agriculture at the center of a positive transformation rather than simply trying to limit its negative impact while still production sufficient crops to feed humanity.

But what are these limits? Are they scientifically based? And what about the economic, logistical and political issues we see now that probably won’t go away in two decades?

Rockstrom introduced the idea of “planetary boundaries” in 2009. Much of the attention of “planetary boundary” devotees has focused on climate change. In that case, some real numbers appear (whether their goals will do what they’re supposed to is another topic): Carbon dioxide concentrations should be limited to 350 ppm to curb global warming to 1.5 degrees Celsius above temperatures 150 years ago.

Rockstrom, Lynas and others say that agriculture can play a large role in controlling climate change. But other trends, such as those focused on biodiversity, land use, and chemicals, raise questions about the feasibility of planetary boundary goals:

Some beg to differ

Not surprisingly, the idea of planetary boundaries has its detractors.

In a 2013 debate held by the Nature Conservancy, Erle Ellis, a geographer and environmental scientist at the University of Maryland, Baltimore County, compared local versus global issues:

The evidence is incontrovertible that there are local tipping points — for coral reefs, for instance — but not so for global ones. It’s not a runaway train. Ecosystems change, but it’s not a domino effect. You can change all the systems on the planet. But does that constitute a global tipping point?

And in a commentary in Nature, Simon Lewis, a scientist at University of College London, pointed to some confusion between “tipping point,” “global boundary,” and “safe operating space.” While “tipping point” implies a hard line, others offer some wiggle room, and it’s hard to calculate the relationship between global and local effects:

Some parameters are fixed limits, not boundaries. Take disruption of the phosphorus cycle: this is represented in the planetary boundaries concept as the quantity of phosphates flowing into the oceans from crop-fertilizer run-off, which can cause algal blooms and an oxygen deficit for marine life. Framed in this way — ‘don’t destroy the marine environment’ — the boundary makes sense. But more serious for humanity is that phosphorus is a key plant nutrient. Fertilizer is produced from rock phosphate, which forms on geological time scales. When it is gone, it is gone. This does not represent a threshold boundary: it is a depletion-limit. Humanity cannot use more rock phosphate than there is. 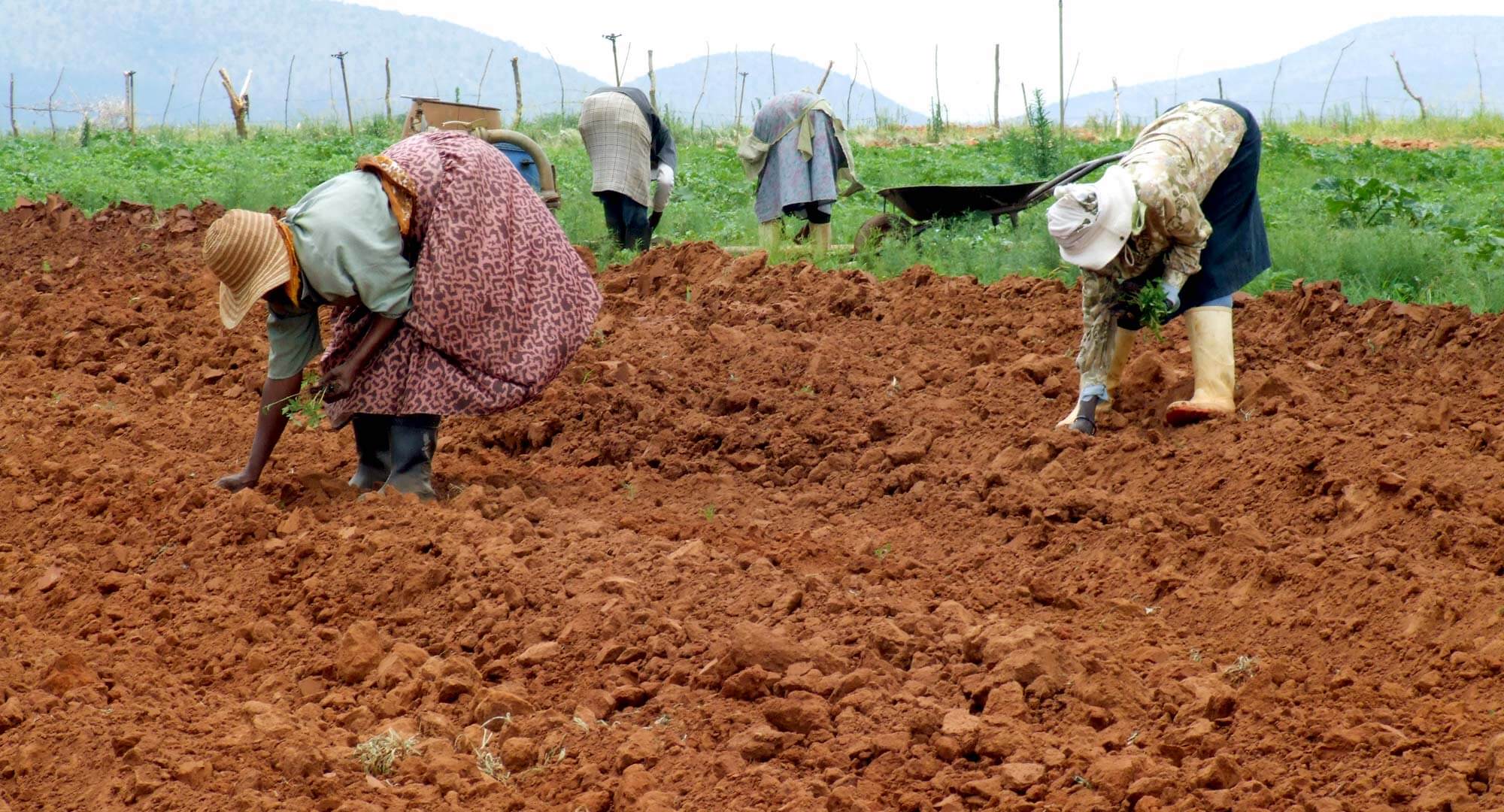 Meanwhile, however we proceed, we need to produce enough food to support our existing and growing population. A UN Sustainable Development Goal, developed in 2015, is to eliminate hunger and poverty by 2030. This means that food production needs to increase by 50 percent worldwide, preferably before that date.

Another issue is the role of the small farmer—most agriculture is practiced by small landholding farmers (about 2.5 billion running 500 million small farms, according to the UN FAO). Channelling the right innovations and technology to these poor farmers, remains a major challenge. Philip Pardey, a University of Minnesota applied economics director, and his colleagues commented in Nature that “Without efforts to improve the global spread and adaptation of locally relevant technologies, it is likely to get much harder for poor farmers to feed themselves, let alone their nations’ increasingly urbanized populations.”

What role does technology play in this? Both Lynas’ review and Rockstrom’s paper look at biotechnology and “GMOs” as part of making intensive agricultural production less environmentally harmful. A Genetic Literacy Project FAQ on sustainability reviewed the debate between organic and conventional, and the accusations by organic farmers (and anti-biotech advocates) that conventional farming pollutes, depletes and reduces diversity:

The sustainability farming and food debate remains highly complex. Studies focusing on the plusses and minuses of intensive farming may finally give some analytical heft to the term “sustainability,” which many critics claim means whatever its users want it to mean.