Shill gambit: Are geneticists who work for corporations less ethical than university researchers?

Most graduate students face a seemingly endless dilemma: Do we select a career in industry or in academia? I started my Ph.D. with the whole-hearted and single-minded purpose of pursuing a career in academia, but with time, I changed my mind.

I have a degree in molecular genetics but work as a senior scientist in product development for a biotech company in California.

Others who have selected the industry path later switch into academics. For me, as with most important life decisions, there was no single reason: I wanted a stable life.

I didn’t want to spend all my time writing grants instead of being at the lab bench, taking maternity leave would set me back in the race to get an academic position, and so on. I made my decision thinking all along that I could switch back to academia if I ever wanted to — and still believe that it would be possible.

However, what I never expected was that selecting a career in the private-sector would make me appear less ethical in the eyes of the public and my moral standards would be questioned. To the eyes of many, I work in a sector that makes drugs to remove arm flab, uses a manufacturing system fueled by slaughtered puppies, tests the drugs on the homeless in Panama, and aims for a survival rate of 30 percent.

The public’s perspective of the evils in the biotech sector aren’t always as overt as Natural News’ recent claims that Monsanto scientists and those who write about the benefits of GMOs are reincarnated Nazis. It’s more often implicit in articles with titles such as “Big Pharma’s dirty secrets” or “What scientists aren’t telling you”. A recent survey published in the Journal of the American Medical Association suggests that 37 percent of Americans believe that the FDA has the cure for cancer and other diseases, but is holding it back due to pressure from pharmaceutical companies. The believers of such myths must necessarily think that those who work in the biotech sector and, by extension, those who regulate the sector and its products are perverse. 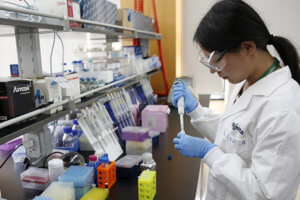 For such perceptions to persist, it must necessarily imply that if the biotech sector makes bad products, no one really cares: that our shareholders just buy more and more stocks and the media never reports on it. For such myths to exist, it must imply that big pharma and biotech companies don’t compete against one another; if one company manages to make a vaccine that causes autism, not only do all the other companies stay quiet about it, but they all share the knowledge with one another. It must also imply that employees are never allowed to quit or to take advantage of the federal whistleblower laws.

The truth is that universities do not have a litmus test to measure your ethics. Companies do not have a sorting hat to determine if your moral standards are a proper fit. As such, there are unethical individuals in both areas. More importantly, there are many individuals with a clear sense of what is wrong and right. Science is science. Crummy science can be produced in publically funded labs. Amazing studies can be published by individuals affiliated with an industry. There are many examples of both.

In biotech, and tech in general, industry sectors are becoming more and more inbred; meaning that everyone has worked everywhere. Try finding someone in Silicon Valley who has worked for a single employer! It’s nearly impossible. Yet somehow, people are under the impression that if you work for someone for two to three years at some point in your career, the company owns part of your soul and can summon you to perform dirty work at the drop of a hat. Don’t you want someone who worked at Oracle to fix the database issues at the Veteran’s department? Don’t you want someone who worked at Google to build the next government-funded website? Or do those experiences somehow bring loyalties into question? Then why would someone who worked at Syngenta not be a great candidate to work at the FDA? If you exclude everyone who has worked in industry from working in government, who does that leave? Recent graduates?

There are certain jobs in government and in academia that I would excel at because of the work I’ve done in industry. To dismiss the skills and training of those in industry by virtue of where they were gained, and not because of their quality, is a loss to the public arena.

Layla Katiraee holds a Ph.D. in molecular genetics from the University of Toronto. Follow her on Twitter @BioChicaGMO.