Waging war against the mosquito: Split-gene drive could hinder spread of Zika

Gene drives hold great promise for thwarting mosquito-borne diseases. The concept is tantalizing: Just pop your desired gene into some mosquitoes — maybe it’s a gene that stops them from biting humans, or one that fends off Zika virus infection — and then rig it so that all of the larvae inherit the gene, every time. And with that, your gene spreads effortlessly throughout the wild population, reducing the danger of mosquito-borne diseases.

But nature is complex, and the idea of a universally inherited gene unleashed in the wild, with no way to call it back, gives many people pause. Scientists and activists agree the technology needs to be carefully designed and rigorously evaluated for possible risks before insects bearing gene drives are released into the wild. To keep the self-propelled genes under control, researchers are pursuing various strategies for containing the spread of these modified organisms.

One way to do this is to make the gene drive dependent on a second gene, which is inherited normally. The power of the gene drive then fades as the number of bugs carrying the helper gene dwindles in the population. The more genes you want to stitch in, however, the higher the technical hurdle. Even with CRISPR gene editing tools, it’s still daunting to splice foreign genes stably into the mosquito genome. 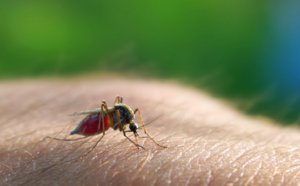 A newly created strain of Aedes aegypti mosquito, the pest that carries Zika, dengue and yellow fever, lowers that hurdle significantly. Created by entomologist Omar Akbari and his team, then at UC Riverside, the mosquitos make their own Cas9, the DNA-cutting component of the CRISPR gene editing system. With the bugs doing half the work, it becomes much easier to insert or remove genes.

Normally, scientists editing genes with CRISPR must inject into the cell both the Cas9 protein and a guide RNA that dictates where the Cas9 should cut. “You can co-inject the Cas9 and the guide RNA, and it will go in, but the efficiency of that is low compared to having Cas9 that’s being dumped maternally into the egg,” said Akbari, who spoke to the GLP from his new lab at UC San Diego. To show how well it works, the team created double and triple mutant mosquitoes with a single guide RNA injection, something that’s never been done before in these mosquitoes.

Mosquitoes that make their own molecular scissors will make it easier to construct a split-gene drive, which Akbari hopes could eventually be deployed for environmentally friendly mosquito control. “One of the beauties of this system is that it’s species-specific,” Akbari said. “You’re not targeting all insects, or all mosquitoes. You’re targeting just one at a time, and then you can assess to see what happens.” Chemical insecticides, by contrast, kill good and bad insects indiscriminately, and once spraying stops, the bugs return. “It’s a horrible approach, and it probably has consequences on the environment,” Akbari said.

Gene drives, on the other hand, only target the organism they’re designed for. Like all animals, mosquitoes have two copies of each chromosome. Only one of each chromosome gets passed down from each parent, meaning that if a gene is engineered into one chromosome, the offspring has only a 50/50 chance of inheriting that gene. In a gene drive, the desired piece of DNA is patched into one chromosome, but then tricks the cell into copying it into the other chromosome. At that point, because it’s present on both chromosomes, it’s guaranteed to be passed down to the next generation. But it could never be passed to a different species of insect, nor harm a predator that eats the mosquito.

“It looks good on paper, but the practicalities are pretty challenging,” said Luke Alphey, of the Pirbright Institute in the UK, in an interview. He is also working toward split-gene drives in Aedes aegypti, sometimes called a “daisy-chain” drive, containing three or more linked elements. In these multi-part systems, the parts that enable the copying and pasting are broken up into different locations in the chromosome. Gene A can copy itself as long as Gene B is present; Gene B can only copy itself in the presence of Gene C. Gene C can’t copy itself at all; call it the “driving license.” Ordinary selection pressures ensure that gene C, because it confers no evolutionary benefit, will eventually drop out of the population. The first element will spread rapidly at first, while the driving element is common, but it too will fade away. “So that means it isn’t going to spread around the world because as soon as it starts to spread into an adjacent population, it doesn’t have it’s ‘licensing factor’ with it at a high enough concentration,” Alphey said,

While they might not spread around the world, the engineered insects could certainly cross national boundaries, so multinational cooperation is critical for developing responsible guidelines. Accordingly, parties to the UN Convention on Biological Diversity have been studying the potential impact of gene drives on biodiversity. At their December 2016 meeting, they considered, and ultimately rejected, a moratorium on any gene drive research.

Some advocacy groups, unhappy with this decision, have tried to raise suspicion that scientists who oppose the moratorium are inappropriately organizing to influence the process. Edward Hammond of Prickly Research obtained emails detailing the effort to recruit scientists to the Online Forum for Synthetic Biology, where participants discuss concerns about synthetic biology, including gene drives. The correspondence shows that the Gates Foundation, which also funds gene drive research via Target Malaria, paid a PR firm to reach out to scientists who have expert knowledge of gene drive, and encourage them to participate in the online forum and argue against a moratorium.

Whether this organizing was inappropriate is debatable. Robert Friedman, of the J. Craig Venter Institute in La Jolla, California, said gene drive scientists simply wanted to achieve the same level of coordination as activist groups, who presented a letter at the 2016 meeting signed by representatives of 160 organizations, urging a halt to any gene drive research. “The gene drive research community hadn’t really participated in these meetings before,” Friedman said in an interview with the GLP. “I think they felt pretty out-gunned.” Friedman is a member of the UN Ad Hoc Technical Expert Group (AHTEG) on Synthetic Biology, which uses the opinions and concerns raised in the online forum to craft recommendations for biosafety protocols. He points out that in the online forum, when technical questions arise, it’s important to have people who works directly in the field available to answer them. “It helps to have scientists participating in what’s supposed to be an expert group,” he said.

Once the technical challenges are overcome, if some type of self-limiting gene drive system could be successfully created, how exactly could it be deployed to fight mosquito-borne diseases? “There’s a lot of applications, actually,” Akbari said. Mutants could be made that resist pathogenic viruses, for instance, or that can’t detect human odors, meaning they don’t bite us. Because the Cas9-expressing strains make it much easier to create mutants, Akbari said, “this really opens up the door to studying gene function in this organism in a major way.” 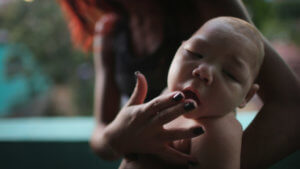 Work is already underway to understand the mosquitoes’ ability to smell humans. Matthew DeGennaro leads the Laboratory of Tropical Genetics at Florida International University, where he spends his days making mutant mosquitoes. “In my lab, our bread and butter is knocking out genes and then seeing what they do,” DeGennaro told the GLP. He’s identified a gene that allows the mosquitoes to seek out people by their scent, and by studying the network of gene interactions in play, he hopes to develop new ways to hide humans from mosquitoes. The new Cas9-expressing strains will make this process a whole lot more efficient. The more genes from Aedes aegypti whose functions are known, the more strategies can be constructed to stop them from spreading disease. Maybe that’s engineering the mosquitoes to be “blind” to human odors, or maybe it’s designing new insect repellents that target particular biochemical pathways for long-lasting protection. “Whatever you can dream of, and we know something about, eventually you’ll get there,” DeGennaro said.

What some dream of, however, is engineering these mosquitoes to simply die off. This isn’t as horrific as it sounds, and in fact, it’s already being done. The British company Oxitec created male mosquitoes genetically altered to require a supplement. When the modified males are released into the population, they mate with the wild females, creating doomed progeny that die off before reaching adulthood. In Piracicaba, Brazil, where these mosquitoes have been in use since 2015, the Aedes aegypti population has declined markedly, and cases of dengue dropped by half.

If this sounds drastic, keep in mind there are over 3,500 species of mosquito in the world, so killing off one may not make much impact. Plus, it’s still an improvement over insecticides, which kill indiscriminately. “It’s important to have as many tools as possible to deal with mosquitoes,” DeGennaro said. “We only have so many insecticides that are somewhat safe, and there’s resistance developing to them. Genetically modified insects may be something that we really need.”

Caroline Seydel is a freelance science writer. Find her online at carolineseydel.com or on Twitter @CarolineSeydel.