Marc Brazeau | February 6, 2018
This article or excerpt is included in the GLP’s daily curated selection of ideologically diverse news, opinion and analysis of biotechnology innovation.

Editor’s note: This article is part two of a three-part series by Marc Brazeau on his 2018 predictions on food, farming and GMOs. Read part one and part three.

No, I’m not talking about CRISPR and other gene editing techniques. I suspect those will make other people’s lists of what to watch for in 2018, not mine. CRISPR will continue to march forward throughout 2018, but I don’t see any big change in trajectory from 2017, or 2016 or 2015 for that matter. Gene editing will continue to be important, but I don’t foresee much change in the story.

No, what I’m talking about is a new generation of GE foods that have finally been commercialized. These are crops that cut against common anti-biotech tropes and a biotech salmon that breaks new ground and could change the narrative in fundamental ways.

The first wave of GE crops were the herbicide tolerant and insect resistant commodity crops. Bt corn and cotton, RoundUp Ready corn and soy. Those traits are now in alfalfa, sugar beets, and canola. While the benefits of those traits were immediately obvious to farmers, they are more opaque to consumers. They have left the space open to a critique that holds that biotech in ag has had no benefit for consumers and merely helps farmers, while helping Monsanto and the rest of Big Scary Ag sell more chemicals. Nevermind that Bt crops have led to the shuttering of insecticide factories or that increased sales of RoundUp have meant decreased sales of paraquat, dicamba, 2-4D and other herbicides which used to be more popular, the GMOs allow farmers to “drench their crops in toxic chemicals” narrative was too sexy to sideline.

GMOs 2.0 all cut against that false, but persistent narrative. 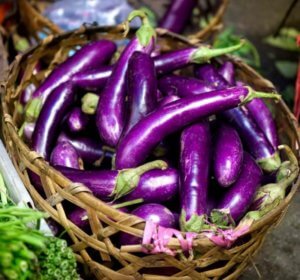 In Bangladesh, Bt brinjal (eggplant) is helping smallholder farmers in a developing country drastically decrease insecticide use on a staple vegetable crop. This is everything RoundUp Ready corn is not. There is nothing “industrial ag” about this crop, other than taking business away from the industrial ag companies that sell insecticides to poor farmers.

In the US, Okanagan Specialty Fruits’ non-browning apple hit grocery shelves in the Midwest last month. Unlike previous genetically engineered crops this one is neither a tropical fruit that not many people in the continental US like, nor is it a commodity crop fed mostly to livestock or turned into soda and ethanol. It’s an apple, as all American as … well … apple pie. And it’s been engineered to be more useful to consumers rather than farmers, though I’ve never fully understood why making crops more useful for farmers was supposed to be a knock against genetic engineering. This is a product that feels modern and useful without a lot of the psychological or ideological baggage that has dogged consumer acceptance of previous GE crops.

While most of us know that there is nothing wrong with a little brown on an apple, it’s oxidation, not rot, try convincing picky kids of that. And even those of us who know that in the rational parts of our brains, we’re wired to be leery of food that looks like it’s going off, so browned apple slices still result in unnecessary waste with grown-ups too. Rather than lecture kids, or fool around with squeezing a lemon (and throwing away half of that next week) the Arctic Apple sidesteps the whole issue by using gene editing to “silence” the gene that produces the browning enzyme. Ta-dah!

A related breakthrough, the non-browning Innate potato has the added bonus of producing less of the carcinogen acrylamide during frying. Simplot has brought these potatoes to market, for the huge french fry and tater tot market as well as a White Russet™ for the supermarket produce section . Monsanto had a Bt trait for potatoes which could cut the heavy insecticide use in potato production drastically, but Food and Water Watch and other groups have petitioned McDonald’s, the biggest market maker, not use either trait.

Related article:  You say potato, I say GMO: Are spuds the next battleground in the GMO debate?

So you can thank Food and Water Watch for the acrylamide in your french fries and the insecticides on Idaho fields. This is why breakthroughs in mainstream consumer acceptance are so important.

Faster growing salmon needs less food to get to your plate

Meanwhile in Canada, genetically engineered salmon has hit supermarket seafood sections. After 25 years in regulatory limbo, an innovation from the early 1990’s will finally see the light of day. The AquaAdvantage salmon has been bred to reach market weight in half the time while consuming 10-25% less food, substantially cutting back on the resources required to produce the same amount of farmed salmon.

While finally bringing a genetically engineered animal to market is a huge breakthrough in terms of regulatory challenges, consumer acceptance is another hurdle to be cleared.

The FDA approved the salmon in November 2015, and Health Canada and the Canadian Food Inspection Agency followed in May 2016. Sales began in Canada in 2017, Conley said. Because Health Canada concluded that these salmon are “as safe and nutritious for humans and livestock as conventional salmon,” labeling was optional and left up to the discretion of the grocers who distributed the filets.

In the United States, the regulatory landscape is less straightforward. When it comes to GMO foods, “[regulators] found existing laws and stretched out the scope of those laws to cover biotechnology products,” Hallerman said, “and it’s awkward.”

In some other countries, such as Australia, whole new acts were drawn up specifically to cover biotech products. In the United States, square pegs were shoved into round holes. For example, because many genetically modified plants are generated using a modified version of a bacterium that can be an agricultural pest, these plants are regulated as plant pests. Genetically modified animals are regulated as drugs, which is why the Food and Drug Administration is responsible.

A dicey gamble on transparency

For better or for worse, the salmon are not being labeled for consumers yet. While the meat is indistinguishable from non-GE salmon, the industry clearly thinks consumers aren’t quite ready to accept that. Rather than market the salmon as environmentally friendly, they are currently being opaque about where it’s being sold.

AquaBounty Technologies … announced on August 4 that it has sold some 4.5 tons of its hotly debated product to customers in Canada. … at market price: US$5.30 per pound ($11.70 per kilogram), says Ron Stotish, the company’s chief executive. He would not disclose who bought it.

It should be said that this is at least as much about making sure that anti-biotech groups can’t organize boycotts through fear-mongering and disinformation as it is about any anxiety in the median shopper. This strategy will either turn out to be prudent baby steps or a time bomb that blows up in their face. A sadly dicey proposition, because there are a lot of really useful livestock traits sitting on the shelves of university research labs waiting for consumer acceptance of GE fish and livestock.

Whether it’s hornless cattle that don’t gore each other or farm workers, or goats that produce milk with less bacteria in regions without pasteurization, or the potatoes that could drastically reduce insecticide use and carcinogens from frying, there’s a ton of useful innovation waiting in the wings. 2018 will be a pivotal year as to whether we get there sooner rather than later.

This article was originally published at Food and Farm Discussion Lab as “2018 Predictions: GMOs 2.0, a turning point” and has been republished here with permission.