Space astronaut twin’s DNA ‘changed’? How some reports botched the story, and what we really know

Ricki Lewis | March 20, 2018
This article or excerpt is included in the GLP’s daily curated selection of ideologically diverse news, opinion and analysis of biotechnology innovation.

When the Today Show reported on March 15 that the DNA of Scott Kelly, who spent a year on the International Space Station while identical twin Mark stayed earthbound, had changed in space, you’d think he’d returned bearing the genome of a rutabaga compared to that of his boringly human terrestrial twin.

NASA’s several webpages of information on the Twins study offered just one sentence about changed genes – and most of the rest, about gene expression, was widely misinterpreted in the media.

John Timmer’s takedown in ARS Technica: “Scott Kelly’s medical monitoring has spawned some horrific press coverage,” ends with a suggestion that reporters spend 10 minutes talking to a biologist before accepting claims that they don’t know enough to realize are ridiculous.

Well, I’m a biologist. In fact, a geneticist. Timmer couldn’t finish his analysis without suffering a stress response, so now I’ll take a closer look – at the issues, as well as NASA’s attempts to clear the air. 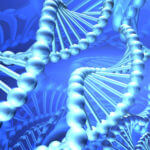 The major problem is distinguishing gene expression from gene mutation – an error that’s hardly new. A classic example is NPR’s “A Workout Can Change Your DNA. The interviewee, though, explained that it can’t.

As Hoda and Savannah on Today gee-whizzed over the supposed news, other media followed. A few places got parts right.

I cheered CNN’s “Astronaut’s gene expression no longer same as his identical twin, NASA finds,” until I went on to read about “the transformation of 7 percent of Scott’s DNA.” John Timmer pointed out that if that happened, he’d be dead. Not only that, but the magnitude of purported genomic change is similar to that between astronaut Scott and a cat, with whom we share about 90 percent of our gene sequences.

Time agreed that “Scott Kelly Spent a Year in Space and Now His DNA Is Different From His Identical Twin’s.” The Verge got it right, but then defined “genetic code” as “the pattern and sequence of genes that make up the blueprint for the body.” No. It’s the correspondence between DNA, RNA, and protein, and is universal, from aardvarks to zinnias.

Nature versus nurture: A false dichotomy?

By the end of the day, so many news outlets had botched the genetics that NASA tacked a two-paragraph editor’s note onto the introductory webpage explaining that what mostly changed was gene expression. Oddly, the date was January 31, making it unclear whether the info is a news release or meant for the public.

Whatever it is, the date remains stagnant and the document remains a lesson in obfuscation and misuse of terminology, peppering research descriptions with so many “omics” that it’s little wonder so many in the media couldn’t figure it out. How did these two-month-old “preliminary findings” make it into the news cycle last week at all? In honor of the 50th anniversary of 2001: A Space Odyssey or Netflix’s April reboot of Lost in Space?

Despite NASA’s hurried revisions, the underlying error persists in the NASA statement that refuses to go away: Tthe comparison of Scott and Mark Kelly is “the perfect nature versus nurture study.” (First paragraph beneath the “editor’s note.”)

“Versus” is the wrong word to describe how genes are turned on or off in highly regulated, constantly changing suites of expression, reacting to changing environmental conditions. That is, the environment activates or silences genes, which affects physiology. Nature and nurture interact. They aren’t adversaries. It isn’t the simple story that NASA is trying to feed the media. 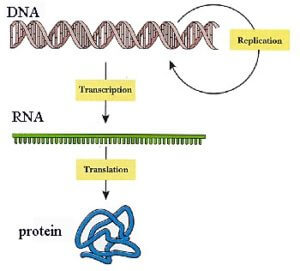 Francis Crick introduced the “central dogma” of molecular biology back in 1958 to explain how genes work: DNA is transcribed into RNA in the nucleus, which is translated into protein outside the nucleus in the cytoplasm. The idea has been fundamental to genetics ever since.

It’s the proteins that determine traits, including enzymes that control production of other types of biochemicals.

“Gene expression” is the transcription of a gene’s information — the base sequence — into messenger RNA, which is then translated into a specific protein. The expression of thousands of genes continuously waxes and wanes as we go about being alive.

Smell pizza and salivary amylase floods the mouth — that’s a protein, so a gene controls its production.

Sprint and metabolism shifts from aerobic to anaerobic, requiring an enzyme to recycle lactic acid.

It’s all due to the ever-changing mix of gene action and inaction. The DNA itself doesn’t change. People can read the same copy of Fire and Fury, but the letters and words don’t change. Likewise, the genome stays put, copied exactly, unless mutation occurs, into each new cell with each division.

DNA stretches out and spools around blobby histone proteins, contorting to expose some areas, hide others, as three types of small molecules flit on and off in ways that regulate which genes dictate production of which proteins. To express a gene, methyl groups leave and acetyl and phosphate groups bind. These are epigenetic changes, which means “outside genetics.” The DNA base sequence beneath is unchanged as the cell knits amino acids into encoded proteins.

An actual change in the sequence of a gene — the bases A, T, C, and G — is a mutation. It may be spontaneous due to a quirk of chemistry in which bases are fleetingly in unstable forms, or from exposure to a DNA-damaging agent such as radiation. DNA repair systems in cells correct most errors. But if not, a genetic change is passed on when the cell divides; an epigenetic change is generally not.

Related article:  When is it time for a scientist to call out peers over questionable research? 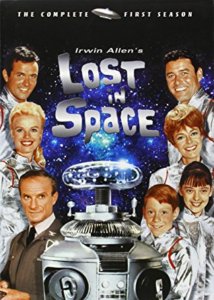 Because living on a spaceship for a year is quite different from whatever it is Mark Kelly did on Earth during that time, the twins’ gene expression will differ! It would do so even if one man lived in Arizona and the other in Antarctica, one in an apartment and the other on a farm, or one was a vegan and the other addicted to Five Guys. Experience matters.

Perusing the curious NASA pages, I skimmed past the cringeworthy “space genes,” searching for some actual information about mutations, until I found the lone sentence about genetics (not epigenetics), describing work from Chris Mason at Weill Cornell Medicine in New York: “Whole-genome sequencing showed each twin has hundreds of unique mutations in their genome, more than expected, and some were found only after spaceflight, circulating in the blood as ‘cell-free DNA.’”

I had many specific questions, so I emailed Dr. Mason. He referred me, unhelpfully, to the NASA website that he claimed would be updated soon (the tacked-on paragraphs about gene expression). I emailed again, asking for data. And that’s when Dr. Mason responded that his 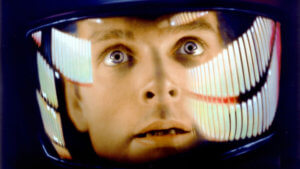 team’s findings were still under review, so he couldn’t

answer my questions. He did, however, speak to the anchor of the NBC Evening News on Saturday, who then gushed on air, “After nearly a year in space, an astronaut returns a changed man. Some of his DNA is permanently changed.” But of course he didn’t say how much had changed or what it meant.

So there’s still no story. I’d like to know:

• If Scott’s genome was sequenced from DNA snippets in his blood, what can that reveal about mutation rates in other tissues? Bone? Skin? Sperm?

• To what degree did the mutation rate in Scott’s somatic cells in space differ from the rate in the same cell types before the journey or after?

• What spiked the mutation rate? Cosmic rays? Food in tubes?

• Was the mutation rate elevated in protein-encoding genes, or non-coding genome regions?

• Which genes changed and what was the effect on Scott’s body?

The other “preliminary findings” from the ten research groups probing the Kelly twins are only tangentially related to their genomes, and most changes were short-lived. Clicking on each subtopic goes to a template-like page that still doesn’t include links to the scientific literature.

Scott’s telomeres (chromosome tips) grew, then shrank once back on earth, according to findings from Susan Bailey of Colorado State University. Longer telomeres are associated with longer cell life, but also with cancer or being a sperm or an egg. In which cell types were Scott’s telomeres measured? The exercise and diet routine in space might explain Scott’s transient telomere lengthening, as well as his slightly lower body mass index and increased folate level, the researchers speculate.

Emmanuel Mignot from Stanford tracked response to flu vaccine in Scott and Mark, dubbed the immunome. Both men responded. So they both have antibody genes that respond to a flu virus challenge. Why would that differ?

Also along the lines of immunology, the inflammatory response was apparently stronger in space, found Mike Snyder, from Stanford, tracking cytokine levels. Stuart Lee of KBRWyle and NASA used ultrasound to show greater inflammation in Scott’s arteries than Mark’s.

Brinda Rana of UCSD looked at levels of proteins in urine, such as aquaporins, that could indicate changes in fluid pressure under long-term spaceflight conditions that might impair visual function and increase intracranial pressure. I read her research blurb a few times and noted that “genome change” became “gene expression change.”

Looking at protein levels – antibodies, cytokines, aquaporins – is a measure of gene expression, not mutation.

Fred Turek and his team at Northwestern tackled the microbiomes of the twins, specifically the bacteriome in the GI tract. Did Scott’s differ before and after space? Were those differences the same that Mark experienced over that time? Of course they differ! Scott’s changes were reportedly not significant and vanished once back on Earth.

The 7 percent of Scott’s genome that appears to have been expressed differently when he was in space intrigues me – that sounds high. The various incarnations of the NASA news document mention possible effects of the differential gene expression on the immune response, DNA repair, bone formation, and breathing air with less oxygen and more carbon dioxide than the Earth’s atmosphere.

Yet the NBC Nightly News anchor on Saturday March 17, after three days of the collective heads of biologists bursting at the continuing cluelessness, repeated the mantra that “7% of the genes had not returned to normal.”

I can’t wait for publication of NASA’s promised “integrated paper” on all ten research projects in a real scientific journal with actual data, so we can finally figure out what the space twins experiment reveals. The mutating missives about ill-defined ‘omics and “space genes” fly in the face of efforts to improve STEM education.