Dogs bark, cows moo, and regulators regulate,” former U.S. Food and Drug Administration commissioner Frank Young once quipped to explain regulatory agencies’ expansionist tendencies. There may be no better example than the FDA’s oversight of genetically engineered animals. This oversight misguidedly extends a regulatory regime designed specifically for the approval of new animal drugs to the regulation of the animals themselves. This sophistic and wrong-headed approach has resulted in regulatory paralysis and the near annihilation of an entire once-promising genetic engineering sector in which the United States was poised to be preeminent.

In 2009 the FDA aggressively seized control of the regulation of genetically engineered animals. That year the agency published a “guidance” that required all “genetically engineered” animals, from whales to mosquitoes, to be regulated by its Center for Veterinary Medicine. According to the guidance, the animals would be regulated like “new animal drugs” such as antibiotics, pain relievers, or flea medicines. The rationale was that “intentionally altered genomic DNA” that is in a genetically engineered animal “and is intended to affect the animal’s structure or function meets the definition of an animal drug.”

Until that policy, no one—certainly no members of Congress or officials at other regulatory agencies—had conceived of the FDA claiming oversight of the breeding of pets, farm animals, or any other animals. For example, the FDA did not evaluate greyhounds bred by conventional techniques to enhance (DNA-mediated) traits that make them faster runners; cats that are better mousers; or even animals that have been modified with molecular genetic engineering techniques for scientific research, which includes hundreds of lines of rodents.

Only a couple of animals have been reviewed by the FDA under the guidance, and it is no exaggeration to say that the regulators’ performance has been near-catastrophic. The first was the AquAdvantage Atlantic salmon, which reaches maturity 40 percent faster (and consumes 25 percent less food) than its unmodified cohorts. We’ve told the story of this fish in these pages before, but it merits repeating. The genetic changes confer no detectable difference in the fish’s appearance, ultimate size, taste, or nutritional value; it just grows faster, which is a tremendous economic advantage to those farming the fish in a closed-water system. Also, because the fish are sterile females and farmed inland, there is negligible possibility of any sort of “genetic contamination” of the wild salmon gene pool or other environmental effects.

Long before the FDA issued its guidance in 2009, its officials had told AquaBounty, the fish’s creator, to submit a marketing approval application to the FDA, although there was no clear regulatory rationale or pathway for evaluating it. The agency delayed the application for approval of the salmon for almost 13 years before reaching a decision on how the fish should be reviewed, and then opted for the most stultifying, expensive, dilatory, and inappropriate regulatory approach among various possible policy choices. Its review of the salmon as a “new animal drug” took several more years. At the end of this two-decades-long process, the FDA concluded what had been obvious from the beginning: that no health or environmental risks or food quality concerns existed. 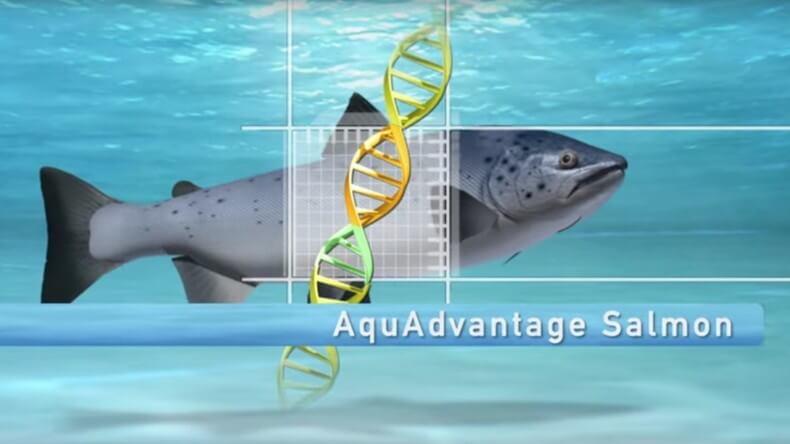 The FDA has determined that no special labeling is required to associate the salmon with genetic engineering because the salmon did not present any unique food safety concerns. Nevertheless, because of requirements included in spending bills, Congress has so far prevented the FDA from granting final marketing approval for the AquAdvantage salmon until the agency imposes some sort of labeling requirement. This requirement is supported by certain segments of the salmon industry that seek to discourage the acceptance of—and therefore, competition from—the AquAdvantage salmon.

Meanwhile, the sale of AquAdvantage salmon began in Canada this year. No special label is required, so consumers are making their salmon-buying choices based on quality and price. According to AquaBounty, five tons of AquAdvantage filets had been sold there by the beginning of August, and they’re unable to keep up with the demand.

A delay in the availability of cheaper salmon isn’t the end of the world, of course, but there are plenty of other examples. For instance, the FDA has also unnecessarily and inexplicably delayed small-scale field trials of an innovative approach to controlling the mosquitoes that transmit the Zika virus, yellow fever, dengue fever, and chikungunya: a novel, self-destructing, genetically modified Aedes aegypti mosquito. Biotech firm Oxitec introduced an inherited genetic defect (a conditional-lethal mutation) into the mosquitoes that causes the insects to die in the absence of a certain supplement. After the mosquitoes are released and mate, their offspring die before reaching maturity, resulting in a marked reduction in the mosquito population. The parents also soon die.

Because male mosquitoes don’t bite, they present no health risk, and because the progeny die before they can reproduce, none should persist in the environment. This approach has been successfully tested in several countries, with roughly 90 percent suppression of the wild population of Aedes aegypti. Brazil’s National Technical Commission for Biosecurity has granted permission for commercial releases.

The FDA took an unconscionable five years (2011–2016) to approve a single small-scale field test of this mosquito, and that came only after mounting pressure from the growing Zika threat and the consequent need to control Aedes aegypti. In August 2016 the FDA finally approved a field trial at one site in the Florida Keys, some 160 miles from a Zika outbreak in Miami, a trial that has yet to begin because the community has changed its mind about allowing it.

Because the FDA regulated the genetic insert in the mosquito as a new animal drug, like other “drugs” it would have to be shown to be safe and effective for the animal in order to gain government approval to be marketed. This presented a regulatory conundrum: regulators would have to conclude that the genetic material that causes a male mosquito to self-destruct after producing defective, doomed offspring is safe and effective for the mosquito. The FDA would have found itself tied up in legal knots if its ultimate approval of the insect were challenged in court by environmentalists and anti-genetic engineering activists. We pointed out this conundrum in a March 13, 2016 Wall Street Journal op-ed. In January 2017, the FDA ceded the regulation of mosquitoes to the U.S. Environmental Protection Agency, an agency that does have the statutory authority to regulate insecticides.

In a somewhat analogous mosquito control innovation, the EPA has recently shown that it can efficiently review field trials with comparable nongenetically engineered strains of mosquitoes. The mosquitoes are Aedes albopictus males (and therefore don’t bite) that have been intentionally infected with certain specific strains of Wolbachia bacteria. (Strains of the bacteria are present in many insect species.) When released, these males mate with female mosquitoes, but the resulting eggs fail to hatch, decreasing the biting mosquito population by as much as 80 percent.

The FDA’s failures in both policy formulation and in the actual reviews of the genetically engineered salmon and mosquito resulted from empire-building, a lack of scientific expertise, and deference to political pressure. In contrast, the U.S. Department of Agriculture has a long history with genetically altered biocontrol agents, most notably the innovative screwworm fly produced with sterile-insect techniques that was successfully developed by the USDA more than 70 years ago to eradicate a devastating animal pest. Since then, the USDA has performed, funded, and overseen the testing and commercialization of a variety of control agents created with sterile insect techniques. (When released in large numbers, insects made sterile—usually by irradiation—mate but don’t produce progeny, and thereby reduce wild insect populations.)

Largely because of the irrationality and unpredictability of U.S. regulation, industry has been reluctant to invest in these important new approaches to the improvement of animal traits. The few companies that have, besides AquaBounty and Oxitec, include Recombinetics, which has produced hornless cows (an important innovation), and Genus, which has developed pigs resistant to the devastating Porcine Reproductive and Respiratory Syndrome Virus, the cause of losses to U.S. pig farmers of more than $600 million annually. The foreseeable development of chickens with genetic resistance to avian influenza will be a monumental breakthrough because there is no vaccine against it and outbreaks result in the culling of tens of millions of birds annually. These companies have the potential to create the Next Big Thing in animal husbandry—if only innovation were not strangled by unnecessary, misguided government regulation.

The arrogation of oversight over modern animal breeding by the FDA’s Center for Veterinary Medicine is an exemplar of the sort of regulatory overreach and dysfunction that the Trump administration claims it wants to address. The White House Office of American Innovation, headed by Jared Kushner, was established for this purpose. However, it has not focused on biotechnology and it has a very limited staff. It will likely fall to other entities in the White House to reassign oversight of genetically engineered animals to more appropriate agencies.

The USDA has ample oversight authority over animal breeding under various statutes, and certain other agencies also may have concurrent authority over products such as pesticides (by the EPA) or particular food products (by the FDA’s Center for Food Safety and Nutrition). Such a change would likely be broadly supported by academia, industry, investors, and others who have been discouraged and frustrated by the FDA’s dysfunction and obstructionism.

Withdrawing the FDA’s “veterinary drug” guidance and assigning jurisdiction over genetically modified animals to the USDA and EPA would be a logical and important advance for agriculture, the environment, and public health. All that is needed to get it done is resolve from the feds. It can’t happen soon enough.

John J. Cohrssen is an attorney who has served in a number of government posts in the executive and legislative branches of the federal government, including associate director of President George H.W. Bush’s Council on Competitiveness and counsel for the House Energy and Commerce Committee. Henry I. Miller, a physician and molecular biologist, is the Robert Wesson Fellow in Scientific Philosophy and Public Policy at Stanford University’s Hoover Institution. He was the founding director of the FDA’s Office of Biotechnology. Follow him on Twitter @henryimiller

This article was originally published by the Cato Institute as “How the FDA Virtually Destroyed an Entire Sector of Biotechnology” and has been republished here with permission.