Are we in danger of losing blue-eyed redheads? Not likely

This article or excerpt is included in the GLP’s daily curated selection of ideologically diverse news, opinion and analysis of biotechnology innovation.
For every 100 people in the world, only one or two will have red hair.

And when you meet a red head with blue eyes, you are looking at the rarest colour combination of all for human beings.

Around 17 percent of people have blue eyes, and when combined with 1-2 percent having red hair, the odds of having both traits are around 0.17 percent. That’s 13 million people, out of the 7.6 billion on Earth.

So with numbers this low, could redheads with blue eyes actually go extinct?

The reason these looks are so unusual is because they are the result of two different sets of DNA instructions, or mutations, happening in the same person, explains Professor Mark Elgar, an evolutionary biologist from the University of Melbourne.

“The mutations occurred tens of thousands of years ago, and have now become established as different versions or variants of the genes that help determine our skin and eye colour.

In some regions of the world, red heads are more common, making up 10-30 percent of the population in Scotland and Ireland for example. Blue-eyed people are also more common in the Baltic regions of Northern Europe.

“There are a number of ways rare traits can be lost from a population,” says Professor Elgar. 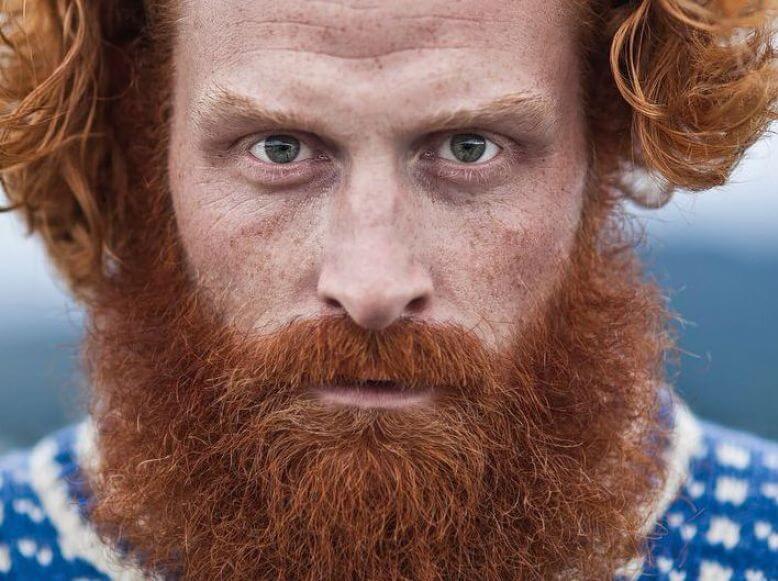 “A common misconception is that when a trait is rare, it could be lost through a dilution effect – the few individuals that carry the gene don’t reproduce, and so it is lost to future generations.

“But although it is recessive, red hair is unlikely to suffer from this effect. Even when we can’t always see red hair, many people still carry the genes.

“Another case is where a gene reduces an individual’s chance of reproducing, perhaps by increasing the risk of early mortality, and again, these genes would become rarer over successive generations,” he explains.

The origins of red hair

Red hair originates from mutations in a gene involved in skin and hair pigmentation, called melanocortin 1 receptor (MC1R) on chromosome 16.

MC1R is like a control point for the pigment melanin. The ‘red hair’ mutations in this gene results in a person producing more of the red pigment phaeomelanin, present in our lips and nipples, and less of the eumelanin pigment that results in brown skin and hair and tanning of skin.

The flow-on effect of the mutation is not only pale skin, but red hair and often freckles too.

Professor Elgar notes that MCR1 is also ‘quantitative trait’ which means that depending on which version of the mutation a person carries, there is variation in the appearance of those who carry the gene.

“This is why redheads can range from strawberry blonde, brownish auburn hair or flaming red tresses.”

There may also be other genes involved in the red hair colour, such as on chromosome 4, but changes in MC1R are a common factor.

Several studies have revealed a surprising, non-visible effect of the MC1R mutation. They found that redheads have a different response to pain than people with other hair colours.

One study found that people with red hair are more sensitive to thermal pain while other researchers concluded that redheads are less sensitive to electrically induced pain.

Studies also show that surgeons need to use 19 percent more anaesthetic on redheaded women than brown-haired women to sedate them.

The theory behind the red hair and pain relationship is that the MCR1 protein has two roles. It acts as a receptor or ‘receiver’ for pigment-driving hormones as well as the pain-relieving hormones known as endorphins. 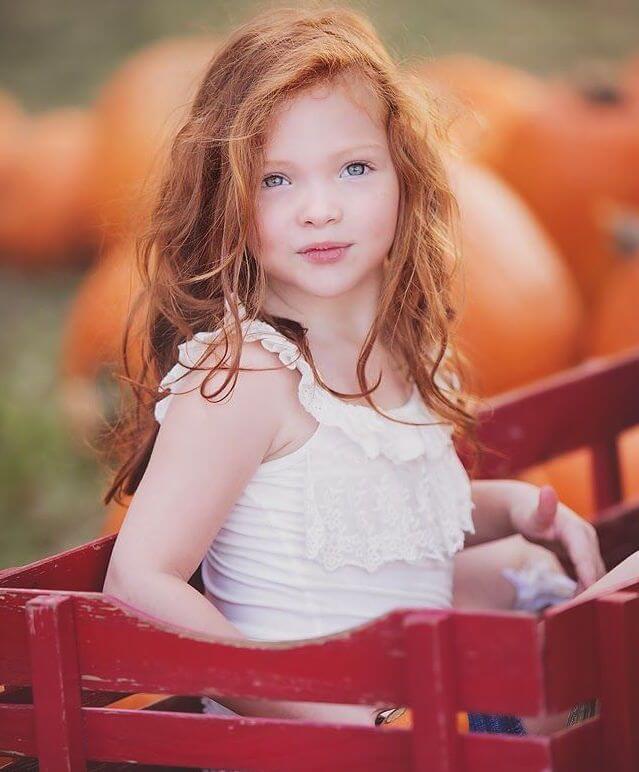 The origins of blue eyes

In 2008, researchers discovered a genetic mutation that took place 6,000-10,000 years ago and is thought to be the original genetic source of all blue-eyed humans alive on the planet today. The mutation is also in a gene responsible for the pigment melanin, this time in the iris of the eyes.

Scientists originally thought eye colour was determined by a single gene and followed a simple inheritance pattern in which brown eyes were dominant to blue eyes. However, later studies showed this model was too simplistic and there are multiple genes involved in eye colour.

The main genes responsible are OCA2 and HERC2, located on chromosome 15. Several common variations in the OCA2 gene result in less melanin in the iris, leading to blue eyes instead of brown in people that carry the variation.

A region of the nearby HERC2 gene also controls the activity (expression) of the OCA2 gene, turning it on or off as needed. So, although it is uncommon, parents with blue eyes can have children with brown eyes.

The good news for the recessive traits of both red hair and blue eyes is that many more people carry the genes than we can see.

“So happily, it does not look like the traits will disappear due to dilution of either the redhead or the blue-eyed genes from the human population.”

Redheads in the sun

But the MC1R mutation can affect the health of redheads.

Researchers predict that because the MC1R mutation results in higher levels of the reddish pigment phaeomelanin, this results in greater susceptibility to UV damage to DNA.

The higher DNA mutations are estimated to be equivalent to two decades more sun exposure than other skin types.

Professor Elgar points out that the mutation for paler skin may actually have been an advantage as humans moved out of Africa into northern latitudes, where sunlight is less intense.

“Because lighter skin improves the absorption of sunlight, it would have enhanced the production of vitamin D by the body in these countries.

“Conversely, redheads now living in regions with intense sunlight, like Australia, are at a disadvantage because they lack the pigment eumelanin in their skin. This pigment makes the skin darker and act as a natural sunscreen. The high amounts of melanin in the iris of brown eyes also provides sun protection, which blue eyes do not.” 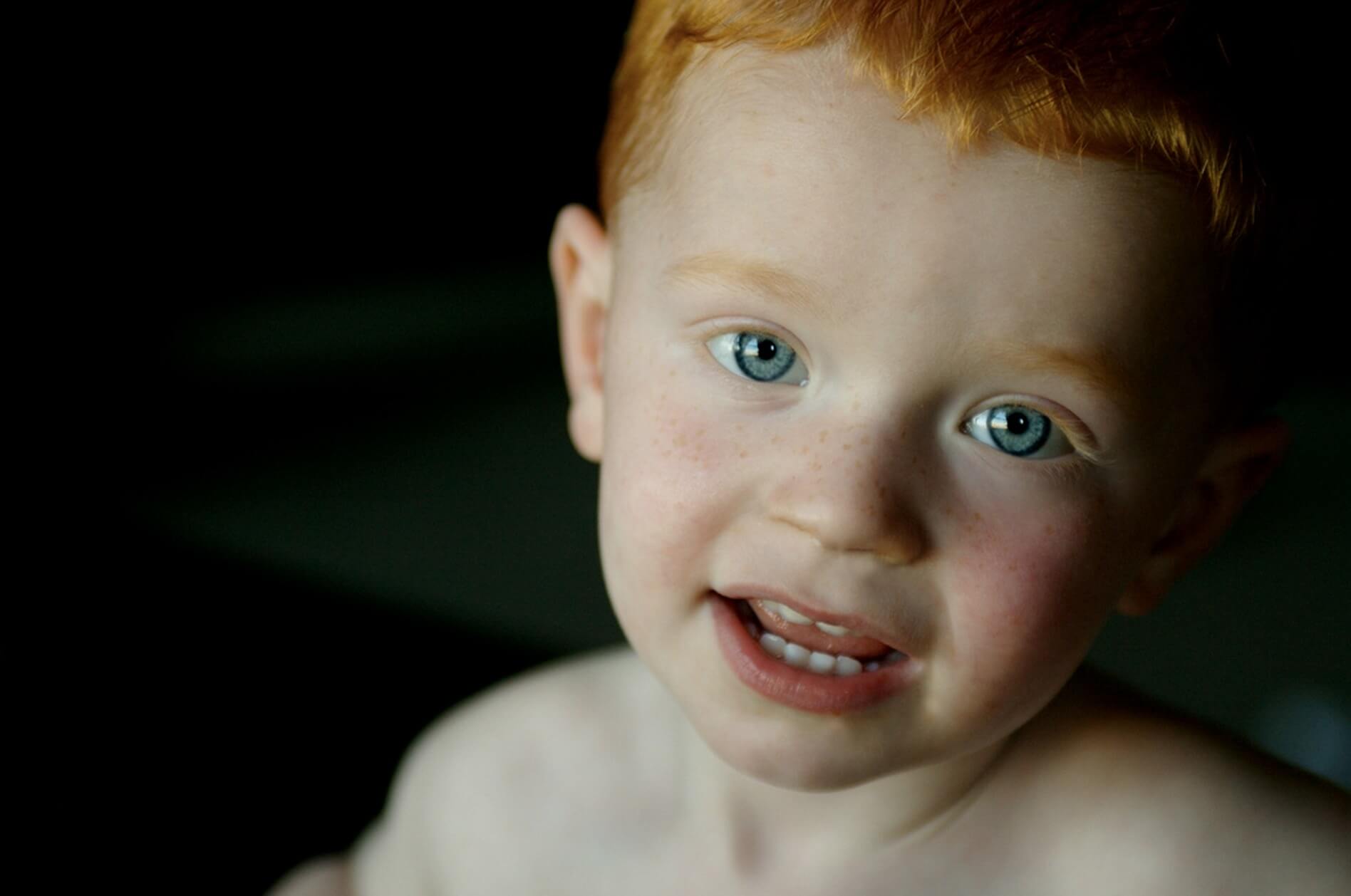 The mechanisms that result in melanoma are complex, and the effects of MC1R are just one piece of the puzzle because people with only one copy of the MC1R mutation have increased risk, and melanomas also occur in areas of skin that are not exposed to sunlight.

While redheads may be at higher risk of skin cancer than other Australians, we are all susceptible to the disease. So all of us need to protect our skin when we’re outdoors during sun protection times (when the UV level is 3 or higher).

“In summer, most Victorians need just a few minutes of sun exposure mid-morning or mid-afternoon for vitamin D levels. The body only absorbs a limited amount of vitamin D at a time, so spending extra time in the sun won’t increase vitamin D levels, but will increase your risk of skin cancer.

The Cancer Council also advise monitoring skin for new spots or spots that change in shape, size or colour and to see your doctor as soon as possible to get checked out.

Professor Elgar adds that with respect to cancer and other life-threatening conditions, ultimately and sometimes unfortunately, the survival of particular attributes of our species only comes down to whether individuals living long enough to pass on their genes to offspring.

“Female, redheaded humans usually reproduce long before the average onset age of skin cancer, around 60 years (but it can occur as young as 30 especially in women). So we wouldn’t expect the gene for red hair to die out due to the negative effects of the MC1R gene.”

It seems the future looks bright for blue-eyed redheads, because enough people carry the genes to keep these traits appearing in the human population.

So as long as redheads look after their pale skin in the sun, they should have a healthy life with their glorious locks.

Nerissa Hannink is a senior media advisor at the University of Melbourne.

This article originally appeared at the University of Melbourne’s Pursuit website as Are redheads with blue eyes really going extinct? and has been republished here with permission.