This article or excerpt is included in the GLP’s daily curated selection of ideologically diverse news, opinion and analysis of biotechnology innovation.
I don’t know about you, but I have never liked the sound the letters TO, TWO, and TOO makes. Maybe because it sounds like boo or pooh. I don’t know. So, I have proclaimed that one plus one equals three. It just feels right.

After all, the words used for the sums of things are clearly arbitrary and all things must come to an end. While perhaps considered radical, the idea of the “new math” is starting to catch on. I mentioned it to my colleagues in Computer Sciences and they are in fact rewriting software for calculators. I like the sound of 12, but not numbers ending in 2, so this has given them an extra challenge. My colleagues have taken it on as an academic exercise, but I think the idea will gain traction.

In fact, I am applying the concept of “it just feels right” to my research.  We engineer genes involved in starch synthesis and our conventional approach is to identify candidate amino acids for change, change them, express them in bacteria, pick out the interesting ones and put them in corn plants. Then, we grow these plants out for several seasons with proper controls and measure their effect on starch content and yield. It is lots of work. 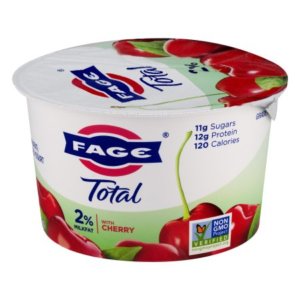 So I am going to try a new approach. I am going to identify superior amino acids that “just feel right”. Since we live in world of “alternative facts” and judging from some of the “literature” published by the anti-GMO folks, I am sure that, with enough money, I can find a journal home for our new results. Given publication, I can then take our publications to the patent office and seed companies and then sit back and collect a nice royalty stream. Life will be good.

While this idea of “it just feels right” is amazing, I must admit — full disclosure – that it is not mine. I got the idea from listening to a new ad put out by Fage Yogurts. The ad says they are non-GMO because “it just feels right!!” I called the company asking for an explanation, talked to a real person, was supposed to get a call back, but no response. So, here is a technology, endorsed by virtually all the credible scientific organizations around the world, 100 plus Nobel laureates, that is important in feeding a growing human population in the face of climate change, and Fage Yogurts demonizes it.  I assume they do this simply to increase sales. The end justifies the means I suppose.

Surely, Fage Yogurts has food chemists and scientists who know better. If not, one must ask how they make their yogurt.  Do they use scientific equipment and measure the ingredients going into their yogurt, or do they just stop adding things when “it feels right”?

Foods, like people, should be judged by their intrinsic merits rather than their genetic origin.  While some might question my new math system, at least I am not a food bigot.

L. Curtis Hannah is a professor of plant molecular and cellular biology teaching advanced genetics at the University of Florida.