Can CRISPR help us stop wasting so much food?

CRISPR. It’s not what’s for dinner. Not yet, at least. But the hot genetic editing technology could be instrumental in reducing the multi-billion global problem of food spoilage and waste.

J.R. Simplot, the Boise, Idaho, firm that introduced two generations of potato using RNA interference (RNAi) to block gene expression that induced browning, recently announced that it has licensed CRISPR-Cas9 technology from Corteva Agriscience (a division of Dow DuPont), and the Broad Institute of MIT and Harvard University. The company plans to use the popular new technology to give its fruits and vegetables a longer shelf life.

If successful, these are the types of advances that could help prevent the sort of waste that comes from people tossing out vegetables and fruits deemed to be damaged or old. Each year, consumers throw away an estimated 400 million pounds of bruised and brown potatoes. The volume of waste grows substantially, when you consider all of the other things we eat. From National Geographic in 2014:

The Food and Agriculture Organization (FAO) of the United Nations, which keeps tabs on what’s grown and eaten around the globe, estimates that one-third of food produced for human consumption worldwide is annually lost or wasted along the chain that stretches from farms to processing plants, marketplaces, retailers, food-service operations, and our collective kitchens. 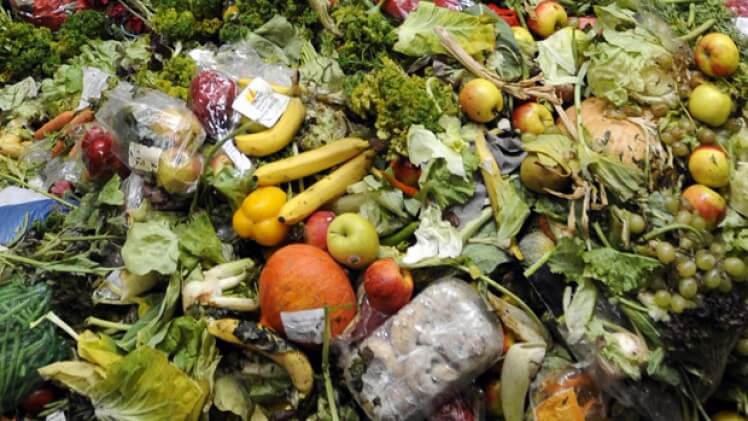 If Simplot, and its competitors, are successful in their attempts to use newer breeding techniques, including CRISPR, they will essentially be making our perishable foods less perishable. Yet, we can expect those efforts to meet resistance from anti-GMO groups and other organizations. Some, like Green America, have claimed that using genetics to address food waste is a waste of money and time. They argue that we need only be smarter with the food we have:

At the same time that there is great hunger there is also excessive food waste throughout the world. It is even worse in the western hemisphere; the US alone wastes 40 percent of its food. In western countries, grocery stores throw out a lot of food and will not purchase unattractive produce. Food is wasted simply because it is visually unappealing or goes uneaten. In developing nations food waste is a result of a lack of infrastructure, capital investment, and basic necessities. Lack of access to road ways, storage facilities, and basic refrigeration prevents food access and increases spoilage rates. With proper investment and support these problems could be remedied.

In one way, Green America is correct. There are two ways that food doesn’t make it from the farm to fork. The two vary depending on whether the food is wasting in a developing country, or an industrial one. Food loss is much more prevalent in the developing world, as crops face pests in the field, poor storage after harvest, and even more losses on the way to market. In the developed world, agricultural practices (including the use of pesticides, climate-controlled storage, and efficient transport) bypass losses, but waste occurs after the sale of food, as customers dispose of uneaten food for a variety of reasons. The difference in definitions is potentially important: a 2017 University of Minnesota study showed that estimates of Americans “wasting” $165 billion in food annually could be way off, because definitions of waste are not remotely consistent, leading to a wide range of conclusions that could affect policy.

But the organization appears to want to sidestep genetics as a “proper investment and support.”

Simplot’s potato would not be the first time CRISPR was used to address spoilage (and therefore, waste). In 2016, a group of researchers from Pennsylvania State University developed a mushroom that was edited using CRISPR-Cas9 to prevent browning. The edits were aimed at genes that encode polyphenol oxidase (PPO), an enzyme known to cause browning in a wide range of plants. Significantly, the USDA’s Animal and Plant Health Inspection Service (APHIS), which regulates mushroom crops, decided that the new type of mushroom didn’t require regulatory approval from the agency, because the breeding process did not involve DNA from viruses, bacteria, or other “foreign” plant pests.

And so far, the USDA has indicated that it will continue to not regulate gene-edited products. However, the FDA is planning on regulating gene editing, according to Commissioner Scott Gottlieb. The agency is still in the midst of rule-making, and Gottlieb promised an “innovative and nimble” rule for CRISPR and similar technologies. And on August 22, the Japanese government announced that its agriculture regulations on genetic technologies would not apply to CRISPR and editing techiques.

Meanwhile, on July 25, the Court of Justice of the European Union ruled that gene-editing techniques are subject to existing regulations governing genetically modified crops, which are quite restrictive in Europe. The ruling limits gene-editing in Europe to research. And groups that have long been opposed to any genetic manipulation are gearing up for similar battles against CRISPR.

One strategy that appears to sway vaccine reluctants: Appeals to faith