This article or excerpt is included in the GLP’s daily curated selection of ideologically diverse news, opinion and analysis of biotechnology innovation.
In 2019, Argentina will begin the commercialization of the first genetically modified drought-and salt-tolerant soybean. This will be a particularly important development given the increased risk of drought throughout the world prompted by global warming. Argentina is the fifth largest producer and third largest exporter of corn, the third largest producer and exporter of soybeans and the largest exporter of soybean oil and soybean meal.  In 2017 corn, soybean oil and soybeans accounted for 17.7 percent of Argentina’s total exports.

Soybean production is projected to decline by 31 percent and corn by 20 percent in the 2017–2018 crop year and total crop losses are projected to surpass $3.4 billion which is expected to shave as much as 0.5 percent off of GDP growth this year.

The drought-resistant seeds were developed by Rachel Chan, a biologist and senior researcher of the National Scientific and Technical Research Council and professor at the National University of Litoral. The seed is owned by Biceres, an Argentine company involved in agriculture development. The seed was created in 2012 by splicing a drought resistant sunflower gene into a soybean seed. Three years of field testing showed these soybeans to be as nutritious as conventionally grown soybeans. They also were shown not to be toxic to animals or humans and to have no negative impact on the environment. They were approved for commercialization in 2015, with hopes of boosting production by 30 percent. The GM seed enables soybeans to tolerate for a longer period of time a lower water intake during its life cycle.

The development of the drought-resistant soybean seed highlights the government’s strong commitment to utilizing genetic engineering to increase agricultural output.  Argentina in this regard has been in the forefront of countries adopting genetic engineering of crops.  It first began growing genetically modified crops in 1996 when GM glyphosate tolerant soybeans were planted. It is now the third largest cultivator of GM crops by acreage, accounting for 12.4 percent of the worldwide total in 2017.  Only the US and Brazil produce more GM crops annually.  About 130,000 farmers utilize the technology.

In March 2017, following the approval of two new GM corn seeds and one GM soybean, the agriculture minister, Dr. Luis Miguel Etchevehere, said the promotion of GM crops are designed to increase the “leadership of our country in the development, regulation, and safe and intelligent use of agricultural biotechnology.” 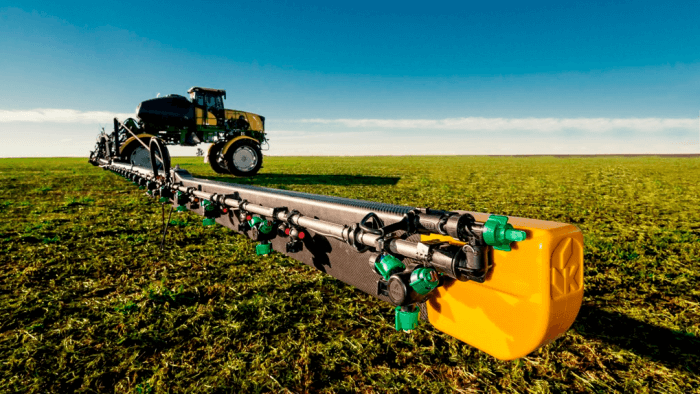 According to a study published in November 2016 by the USDA’s Foreign Agricultural Service, Argentina has generated $127 billion thanks to its adoption of GM crop cultivation in 1996. Farmers collected 60 percent of this sum, while 26 percent went to the government and 8 percent to the technology providers, respectively.

Like other countries that benefit from agricultural biotechnology, Argentina is home to a small but vocal contingency of skeptics, eager to spread misinformation about GM crop cultivation. One of the most prominent, Argentina sin Tansgenicos (Argentina without transgenics), argues on its website:

“Several scientific studies conclude that genetically manipulated foods can cause allergies, intoxications, harmful alterations of nutritional value, resistance to antibiotics and alterations of the immune system…This is because the genetic modification process itself, at least in the way it is practiced today, is inherently dangerous.”

Such claims, however, are not in line with the global scientific consensus. A host of regulatory bodies, government agencies and independent science organizations have concluded that foods grown from genetically engineered seeds pose no unique health concerns.

Thus far, the country’s anti-biotechnology activists have been unable to convince regulators to restrict or ban GM crops. In fact, the government is financing multiple projects to further develop the technology. In 2017 scientists at the National Institute of Agricultural Technology of Argentina utilized gene-editing techniques to develop potatoes that do not turn brown and milk that does not cause an allergic reaction. Researchers are also developing GM safflower and fescue grass, as well as a virus-resistant potato and drought-resistant varieties of corn.

A Wilson Center Report on Biotechnology in Argentina noted, “It is evident that Argentina is championing the introduction of innovative technologies to farmers through its active involvement in genetically engineering plants, herbicides, and transgenic materials.”

In the private sector, the Argentinian biotech firm Bioceres has developed GM alfalfa  engineered to contain less lignin, a complex organic substance that is difficult for animals to digest. The new alfalfa variety has been approved by the government and will be commercialized in 2019.

Argentine scientists are also developing genetically modified animals for the production of pharmaceuticals. The Biosidus company, for example, has developed genetically modified cows capable of producing human growth hormone in milk. Commercial use has not yet been approved.

In 2012, the government implemented regulatory measures designed to speed up the approval of new GM crops. The goal was to reduce the approval time from 42 months to 24 months. According to the USDA’s 2016 study, the new measures “accomplished the expected goal of reducing the approval times, and proved to be successful in reducing bureaucracy.”

Although there have been attempts by that nation’s congress to pass labeling legislation, there is no legally mandated label for GM food as of now. The ministry of agriculture says this is because “any food product obtained through biotechnology and substantially equivalent to a conventional food product should not be subject to any specific mandatory label.”

Argentina is a signatory to the Cartagena Protocol but has not ratified it, over concerns about its impact. Because the protocol regulates the movement of GM food based on the precautionary principle, member states may restrict or prohibit the importation of GM food if there is no conclusive information about its safety. The government is concerned that the protocol could place restrictions on the trade of GM crops.

Significantly, Argentina was one of the first countries to announce regulations regarding new plant technologies that do not involve the transfer of genes between species. The government previously defined a GMO as “any living plant organism that possesses a combination of genetic material obtained through the use of modern bio-technology.”  Under the new regulations, however, the government has established a case-by-case assessment process to determine if the new GM crop needs to be regulated. The assessment considers the techniques used to develop the crop, whether a permanent genetic change was made to the organism and if there was any transfer of genetic material.