This article or excerpt is included in the GLP’s daily curated selection of ideologically diverse news, opinion and analysis of biotechnology innovation.
Cowpea has long been a key commodity crop in Africa, which produces most of the world’s annual output. And in Africa, Nigeria stands above all others, accounting for 61 percent of continent’s Cowpea crop – and 58 percent of the world’s production.

Known locally as beans (or black-eyed peas in some part of the world), cowpea serves as a major source of affordable protein – much cheaper than meat and poultry – for millions of people in many parts of the developing world. Often it is grown  by small-scale farmers in rural areas. Cowpea’s high protein content and its ability to adapt to different types of soil, including drought resistance, and its potential to improve soil fertility makes it an indispensable economic crop in Africa.

But like so many other key crops, the cowpea faces numerous threats from insects, fungi, bacteria and viruses. So, Nigeria’s scientists and crop breeders are seeking to fight the more significant threats with the use of genetic engineering. They recently succeeded in bringing their first genetically engineered crop to the commercial market.

Among the more devastating threats is the Maruca pod-borer. Infestation can lead to yield losses of up to 80 percent, with larvae causing extensive damage to the crop. Traditionally, the insect is fought with heavy chemical insecticides, which carry their own costs in terms of potential damage to the environment and human health.

As part of efforts to tackle the menace, researchers at the Institute for Agricultural Research (IAR) in Ahmadu Bello University, Zaria started working on a genetic engineering solution to produce a local variety resistant to the pest. Following a decade of research and field trials,  they developed a Bt cowpea with a built-in defense mechanism. The genetically modified Bt cowpea contains the crystal protein ‘Cry1Ab gene’ from the natural soil bacterium Bacillus Thuringiensis (BT) which is toxic to the insect. 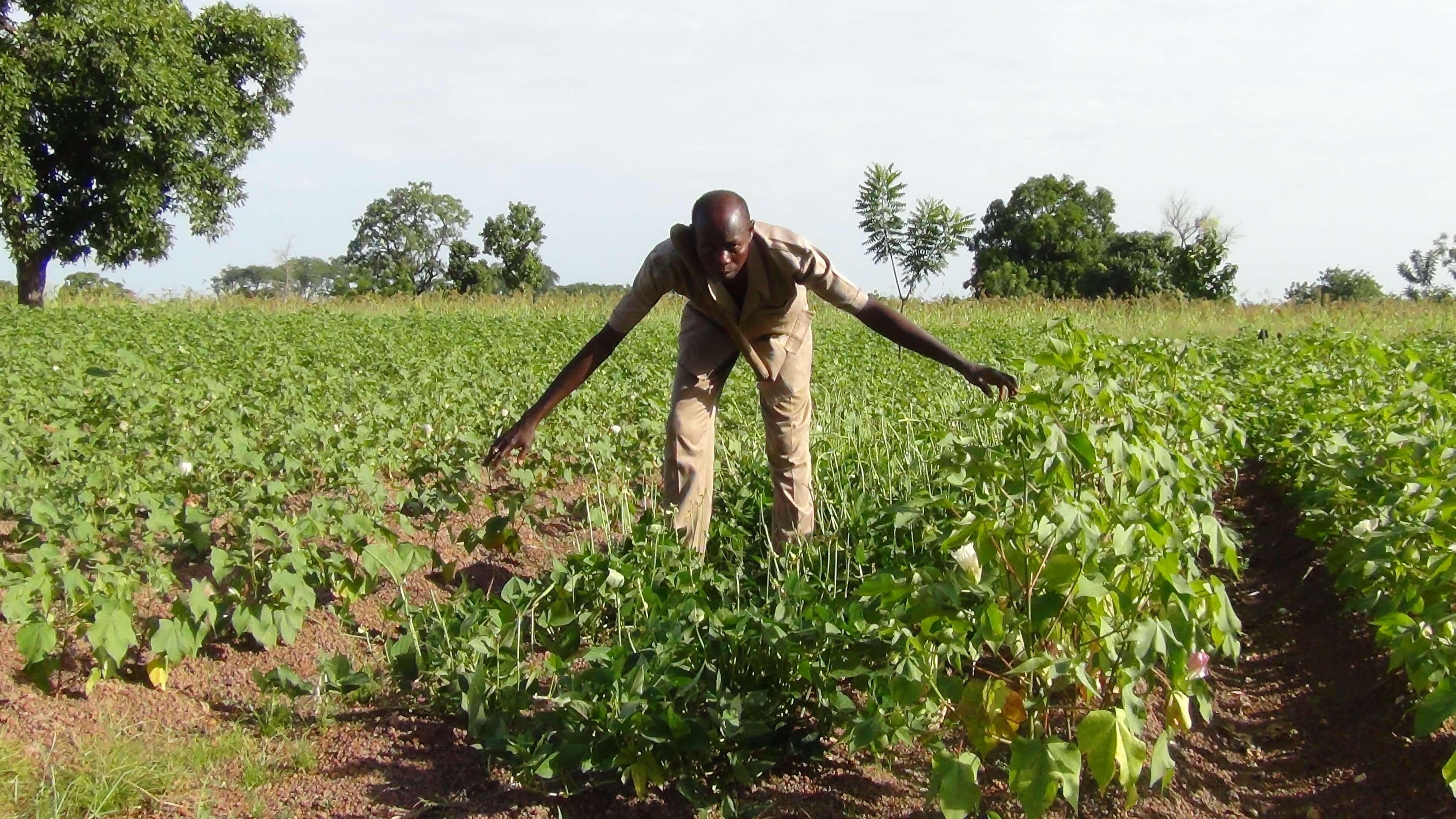 In late January, the National Biosafety Management Agency announced that it would allow the institute to commercially release the new cowpea variety.

The Nigerian biotechnology fraternity including the Open Forum for Agricultural Biotechnology Nigeria, Nigerian Academy of Science, Biotechnology Society of Nigeria, Civil Society Organizations, and medical and religious bodies have expressed approval of the technology. The decision has drawn praise from scientists like molecular biologist Abdulrazak Ibrahim, who said, “the commercial release of the [GM] event is a great moment for Nigeria and indeed Africa.” He said it was a victory for science, technology, and innovation that will significantly impact livelihoods.

Not everyone, however, is happy with the news.

Some environmental activists and anti-GMO campaigners, including the Global Prolife Alliance (GPA), have recently challenged the development. Criticism came in the form of a widely circulated press release: “National Security Dangers and Health Hazards of GMO Bt Cowpea in Nigeria.”

The organization’s chairman, Philip C. Njemanze, argued that the Open Forum for Agricultural Biotechnology in Africa, Nigeria Chapter – a major proponent of GMOs  – was the “propaganda arm of biotechnology companies,” including agribusiness giant Monsanto allegedly owned by the American-billionaire-philanthropist Bill Gates. Njemanze said the new cowpea was part of an effort to enslave the African continent under biological colonialism.

Rose Gidado, coordinator of OFAB Nigeria chapter, disputed accusations that OFAB “is a propaganda arm of biotechnology companies,” calling the claims “baseless and unfounded.” Gidado noted that government has long recognized biotechnology as a powerful and promising technology capable of delivering a wide range of economic benefits, including food security. OFAB was established to manage unnecessary controversies being generated by anti-GMO movements with a mission to enhance knowledge sharing and awareness on agricultural biotechnology.

Professor Sanusi Mohammed is a seasoned plant breeder at the Center for Dryland Agriculture, Bayero University Kano (BUK). He concedes that some anti-GMO activists are apprehensive about the commercial release of the new Bt cowpea. He said they have the right to express their fears, but urged them to look critically at the effect of Maruca insect on cowpea production –  a crop he described as “the most important legume plant” in dryland countries in the context of malnutrition and poverty.

In addition, Mohammed, who was involved in the cowpea field trials challenged fears that the integration of the ‘Cry1Ab gene’ into the local cowpea variety was likely to cause havoc, pest resistance and disease infestations. “I`m not sure, if many of the anti-GMO groups have seen the Bt cowpea growing on the field,” Mohammed said.

“To this extent the commercial release of the Bt cowpea is monumental. And it does not only solve an important agronomic problem, but sends a signal to the continent and the world over, that there`s a new paradigm shift in our agri-food system supported by new technologies.”

As Nigeria approves the commercial release of Bt cowpea alongside other GM crops projects in the pipeline, hopefully this will propel the spillover of these technologies across the African continent. However, we must continue to engage in debates and credible information sharing to ensure evidence and science-based decisions while constantly avoiding pseudoscience, as well as speculative and propaganda theorists; especially as we prepare for the emergence of new crops driven by highly advanced technologies such as CRISPR.