Why do we need GMOs if we already grow enough food to feed the world?

The world currently produces enough food to feed every man, woman, and child. For the first time in human history, the sole cause of famine is politics. Food aid is readily available at a moment’s notice to just about every corner of the Earth. But do we really want developing nations to rely on the United States and Europe? Many of the same people who argue that seed companies should not have so much control don’t seem to mind this reliance on food aid and the control it takes away from developing nations.

Do GMOs only help corporations?

GMOs can be used to reduce poverty in the developing world. An independent meta-analysis from Germany (a country with a cultural fear of biotechnology) shows how GMO crop adoption in developing nations has increased crop yields by 14% more than in developed nations, “especially smallholder farmers in the tropics and subtropics suffer from considerable pest damage that can be reduced through GM crop adoption.” 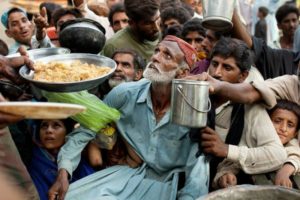 ed nations due to this increase of yield, lower pesticide usage, and because many of these countries do not have patents on seed making the seed cheaper.

Farmers choose to use the seed because they benefit from it. The Cornell Alliance For Science documents how Bt brinjal has freed up more time for farmers in Bangladesh, along with a dramatic reduction in insecticide spraying.

GMOs even hurt pesticide companies. In Thailand, a Syngenta crop business manager joined in with protests against GMOs. While elsewhere in the world Syngenta sells them, in areas where they don’t local employees can have their profits hurt from biotechnology adoption.

One reason Bayer is buying Monsanto could very well be that “the success of Monsanto-style GMO products is driving down sales of its pesticides”. Which makes sense considering DuPont saw a decline in insecticide sales with the introduction of new Monsanto soybeans.

What about all of our food waste?

Developed nations produce and consume a lot of food. So much so that a lot of it is wasted. This is a problem. Climate change might be eased by a reduction in food waste, malnutrition and famine would probably not. True famine is only occurring in countries where food aid is being prevented from entering areas where it is needed such as North Korea where food aid from the United States is turned down. The Famine Early Warning System is now in place saving lives around the globe. 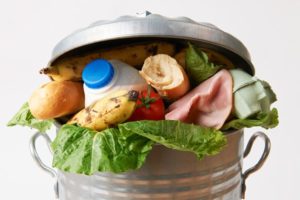 Better access to agricultural technology could actually help reduce food waste, rather than increase it. Better infrastructure in developing nations would help food get to the consumers faster and increase shelf life through refrigeration. Food waste campaigns often have little impact on the developing world because they are based on food waste in rich countries. A recent report from the Copenhagen Consensus Center estimates that for every $1 spent to invest in developing world agriculture to reduce post-harvest losses would return $13.

The Arctic Apple itself is an example of how GMOs can directly help prevent food waste.

This argument assumes it would be easy to just send our extra food to other countries. The shipping industry has been working with the agriculture industry in the United States to keep pressure on Congress to continue shipping food produced in the United States for food aid. An estimated $140 million dollars is spent annually just to move that food aid from the United States to those countries in need. Most countries have started to use food vouchers or even cash transfers that would allow developing countries to buy food locally. That is a high cost to give fish to countries that could be learning how to fish.

It also makes the assumption that without the demand for animal feed farmers in developed nations would have a reason to just keep growing grain. What incentive would they have? Who would pay them?

According to political scientist Professor Robert Paarlberg in his book, Starved for Science:

If rich countries stopped eating meat, their land, no longer needed to grow grain for livestock, would not be used to feed poor Africans. Nobody would step forward to pay farmers to plant for that new purpose or pay grain companies to export for that purpose.

Grain is not a natural resource; if commercial demand goes away, supply goes away. Moreover, any kind of widespread spread vegetarianism in Africa itself would be a food-security nightmare. Meat animals in Africa are not a burden on the human food system but frequently the only way to secure adequate human foods from dry grazing lands that are useless for crop production. 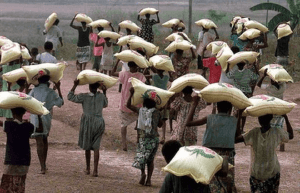 The politics of food is a lot more complicated than most people realize. We truly do have the food and the technology to feed the planet without even increasing the land needed for farming. The same organizations, such as Greenpeace and Friends of the Earth, are not just fighting GMOs. They oppose all forms of modern agriculture needed by developing nations. They fight against irrigation, pesticides, chemical fertilizers, and even conventional hybrids.

Organizations like The Bill and Melinda Gates Foundation are trying to bring the very methods developed nations are using to increase yield and help reduce poverty. Norman Borlaug, the man who saved over one billion lives, said it best:

I now say that the world has the technology — either available or well advanced in the research pipeline — to feed on a sustainable basis a population of 10 billion people. The more pertinent question today is whether farmers and ranchers will be permitted to use this new technology? While the affluent nations can certainly afford to adopt ultra low-risk positions, and pay more for food produced by the so-called “organic” methods, the one billion chronically undernourished people of the low income, food-deficit nations cannot.

A version of this article originally appeared on the GLP on August 16, 2017.