Did you get a DNA ancestry kit for Father’s Day? Here are some things to consider before spitting in that vial

This article or excerpt is included in the GLP’s daily curated selection of ideologically diverse news, opinion and analysis of biotechnology innovation.
Ads for DNA testing kits on social media and TV seem to usher in every holiday. The pitches for Father’s Day dropped right after Mother’s Day:

“Give the world’s greatest Dad our best DNA experience yet. $40 off!” shouts AncestryDNA. “Now with greater details and new features, Dad can get a richer view of his story and discover what he’s made of. Give Dad the Gift of Discovery!”

If my father were alive to open an enticing shiny package and “discover what he’s made of” by sending in a spit sample, he’d find that it’s not what I am made of. He’d discover that, biologically speaking, he isn’t my father at all. But he raised me, so of course he was.

The barrage of ads for Father’s Day brought back some of my initial confusion and shock at finding I’m one of several half-siblings who share a sperm donor. The companies even trumpet the names of my new half-sibs above the ads that festoon Facebook, as if I need an algorithm to remind me. Changing settings doesn’t work – resistance is futile.

I’m sure I’m not the only one to experience post-DNA-test traumatic stress induced by the never-ending marketing.

So for those who received well-meant DNA kits for Father’s Day, think before spitting. And read. The media tales of familial surprises are the tip of an iceberg.

Scenario #1: Surprise offspring and something forgotten

Spitting in the tube to satisfy a gift-giver that yes, the family did come from Sweden and France, can also reveal that something that happened long ago resulted in a child.

Was it a forgotten encounter at Woodstock? A frat party? The military? Prom night? Backpacking across Europe before or after college?

Or an intentionally forgotten brief encounter, perhaps from the free love ‘60s and ‘70s before HIV appeared? 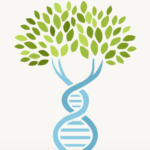 Was it slightly overlapping relationships around the time that a known child was conceived?

Was it misunderstanding or outright deception surrounding a procedure to treat infertility? A sprinkling of donor sperm to rev up a young husband’s swimmers?

In the 1950s and 1960s, some couples with infertility were told to go home and have sex before and after an insemination, and never mention it, fooling themselves and covering up for the doctors until DNA kits were invented. Dani Shapiro explains this practice in her book Inheritance. I like to think that my parents were among those who never knew they’d used donor sperm, for then there would have been no secrecy.

For younger dads, perhaps a remembered donation to a sperm bank was disseminated beyond just the few clients promised.

Or perhaps surprise offspring were simply cases of mistaken identity, another man with a mysteriously similar genome actually having fathered the people showing up as DNA matches.

Another brother or cousin, known or unknown, with, thanks to the chance nature of meiosis, many shared strings of DNA?

Or is it just plain coincidence that the Father’s Day celebrant shares about half of 700,000 or so DNA markers with these strangers a generation younger? 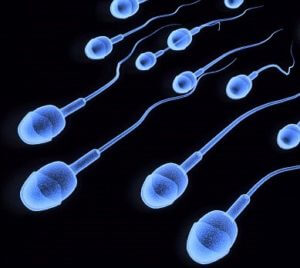 The recipient of a Father’s Day spit kit may experience something like I did, discovering people with whom he shares 1,400 to 2,100 or so centimorgans showing up under DNA Matches. (I explain the metric here.)

I learned of my first half-sibling in September 2018. We quickly dismissed the idea of either of the men who raised us having had affairs, or that they were cousins. We laughed at the twins-separated-at-birth scenario.

Then a few weeks into January, in the tsunami tide of DNA results from those entertaining holiday gifts, another half-sister appeared, our photos on Facebook practically superimposable. Another half-sib appeared circuitously, inferred through her son, who’d been tested. Two half-brothers surfaced.

A sperm donor now rose to the top of the list of explanations for our half-sibling connections, quasi-confirmed with input from some elderly relatives who remembered ancient mentions of fertility problems and even of artificial insemination.

And so a man taking a DNA test soon after Father’s Day 2019 might find, in the weeks to come, half-siblings. Or that he doesn’t share DNA with people he’s considered relatives who have tested but don’t show up as matches.

Such news takes time to process. I’m thrilled now to have new, dear friends with whom I share DNA. For many others though, surprises that rewrite one’s personal narrative can be shattering.

The company websites do warn customers. “What unexpected things might I learn from 23andMe?“ spells it out clearly:

In the process of learning about your genetic makeup and comparing that with others, you may discover relatives who were previously unknown to you, these could be relatives you’ve been looking for and are excited to connect with or relatives (sometimes even close relatives like brothers or sisters) that you didn’t know existed.

Another protection: A spitter must opt-in to learn of “DNA Relatives” from 23andMe. Many people probably do so, not expecting anything out of the ordinary.

And then it happens.

The company offers a final warning:

You might be surprised by a family member who would prefer not to know something you feel is important to share. At other times, you may learn something about yourself, your family, your ancestry, or health-related associations with your genotype that you would prefer to keep private. You may find yourself having to weigh sharing such information with other family members against your own desire for privacy – or their desire not to know.

Warnings on testing websites are only useful if people read them. And the caveats don’t appear on the always-upbeat TV and social media ads, like drug warnings do. The sound bites and discount flags don’t touch the privacy issues that can arise when a customer seeks more information, such as the identity of a sperm or egg donor. 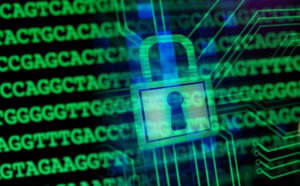 A recently-filed lawsuit represents a different scenario from a Father’s Day test, but illustrates a persisting disconnect between the sperm banks that once guarded donor privacy and the power of DNA test results.

In the case, a sperm bank took away a woman’s access to paid-for frozen sperm because she used 23andMe in November 2018 to find her child’s biological relatives. Those results led to a woman likely to be the child’s paternal grandmother. The sperm bank issued a cease-and-desist letter to the mother within days, presumably following contact from the alleged grandmother. The sperm bank contract forbids a customer from contacting a donor.

But the age of protecting donor anonymity is clearly over, with DNA testing catalyzing the new transparency.

Findings from the 2019 We Are Donor Conceived survey

Any dads deducing that they were donor conceived from DNA tests from Father’s Day will, hopefully sooner rather than later, find people who understand. Thousands of us share experiences on private Facebook groups.

The 2019 We Are Donor Conceived survey results provide perspective. In 2016 wearedonorconceived.com launched and began the survey “to gain meaningful insight into the thoughts, feelings, and experiences of donor conceived adults.” 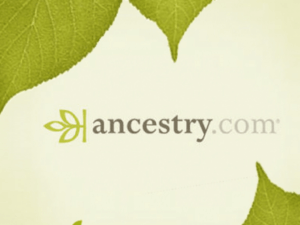 Of the 312 participants, 98 percent were conceived using donor sperm, not eggs.

A consumer DNA test revealed donor conception for 37 percent, and most of the rest learned from the parents who raised them. Trends emerged.

The sample is skewed toward test takers: 94 percent of respondents took a DNA test and another 4 percent plan to. And 67 percent tested their DNA to find donor sibs and/or dads, so for them results weren’t a sucker-punch surprise. Fifty-five percent found their donor following DNA clues, most of them contacting the men. Sixty percent found five or fewer half sibs, and 13 percent found 20 or more.

The bottom line: I think the companies need to tone down the advertising. For many people, DNA testing kits are not entertainment. Consumer DNA tests can yield more than fun facts about countries of origin.