This article or excerpt is included in the GLP’s daily curated selection of ideologically diverse news, opinion and analysis of biotechnology innovation.
The activist campaign against agricultural biotechnology has shifted over the last five years. Many critics used to claim there were serious health risks associated with consuming foods made from transgenic crops, alleging they could cause food allergies, sterility, liver problems and even cancer. But those dire health impacts never materialized and evidence mounted that genetic engineering poses no greater risk to humans, animals or the environment than any other crop breeding technique.

Undeterred, some prominent activists reworked their attack on crop biotechnology, focusing instead on the pesticides commonly paired with GMO crops. Their first target was Bayer’s popular herbicide Roundup, containing the active ingredient glyphosate. In the mid 1990s glyphosate-tolerant crops hit the market and use of the weed killer increased dramatically as a result, which made it a rallying point for anti-GMO groups. Their attacks on glyphosate have centered around a controversial 2015 report from the International Agency for Research on Cancer (IARC) that declared the herbicide “probably carcinogenic.” 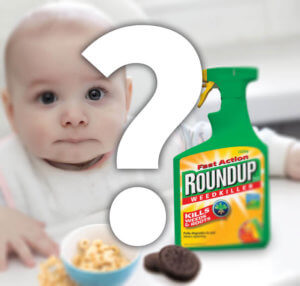 Armed with analytical chemistry and assisted by compliant media outlets, the organic industry-funded Environmental Working Group (EWG) and their allies have made a lot of noise about detecting glyphosate in food, particularly breakfast cereal. What the ideologically driven nonprofit hasn’t mentioned is that detecting minuscule amounts of a chemical demonstrates nothing about the risk it poses to human health. EWG and others have capitalized on the public’s ignorance of chemistry to stoke fear and drive policy changes they couldn’t achieve by directly attacking GMO crops.

On this fifth anniversary episode of Talking Biotech, University of Florida plant geneticist Kevin Folta dissects an October 2018 news report from CBS on the alleged danger posed by traces of glyphosate found in breakfast cereal. Does the network get it right? Not even close, says Folta. In fact, the news outlet and its ‘expert’ guests got almost everything wrong. There is no evidence the weed killer causes cancer as currently used, nor is there any indication that your Cheerios will poison you.