Fear of biotechnology threatens efforts to save Brazil’s pinto beans

This article or excerpt is included in the GLP’s daily curated selection of ideologically diverse news, opinion and analysis of biotechnology innovation.
The combination of rice and beans is the trademark of Brazilian cuisine, with the “carioca” type of brown beans accounting for 70 percent of the consumption of these legumes in the country.  It is a typical Brazilian staple: there is no import of carioca beans – only black beans are imported. Hence, if Brazilians want to continue enjoying carioca beans in our daily meals, national production must be guaranteed. That production, however, has recently been compromised, not by a plague, but by fear.

Brazil has more than a hundred GMO crop varieties approved by regulators, though only three products are actually on the market: soy, corn and cotton. Getting those three on the market was no easy task either. GMO regulation in Brazil was long delayed, relies on deep bureaucracy and is constantly threatened by anti-GMO groups.

The Brazilian National Biosafety Committee (Comissão Técnica Nacional de Biossegurança – CTNBio) was created in 1995, to respond to the urgent need to regulate GMOs in Brazil. During the 90s, GM soy seeds were illegally purchased from Argentina – known as “Maradona seeds” – and were cultivated in Southern Brazil. The government was under strong pressure to take action and regulate GMOs. In 2002 and 2003, provisional presidential decrees allowed these seeds to be marketed.

These events led to the onset of a great confusion in public understanding of biotechnology. A local judge at the time ruled against the marketing of the GMO soy seeds, stating that we were running the risk of allowing “host aliens with poisonous appearance to compromise the health of future generations”.

The movement “For a GMO-free Brazil” was launched by a coalition of anti-GMO NGOs. After 20 years, activists and consumers are still confused about the different technologies used in genetic modification. A 2016 survey conducted by the Biotechnology Information Council showed that 80 percent of the respondents did not want to eat anything with DNA. A recent survey conducted by the Institute Question of Science (2019) showed that 73 percent of the respondents believe that GMOs are bad for your health.

This fear of technology keeps us from releasing new GMOs into the market. That brings us back to our carioca beans — also known as pinto beans. Brazilian consumers may have noticed the price of these beans has increased significantly in the recent years. The reason behind this rise is a plague caused by the Bean Golden Mosaic Virus. 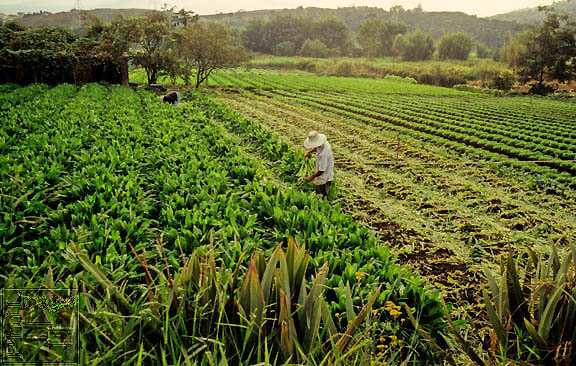 Whiteflies transmit the virus, which can cause yield losses of 40 to 100 percent in affected fields. Notably, plants infected by the virus do not grow. Instead, they become yellow, and their leaves assume the appearance of a green and yellow “mosaic”. Ultimately, pods and grains are not viable. Plants can hold up to 300 insects. Making matters worse, these whiteflies proliferate quickly. Their life cycle lasts only 19 days, from egg to adult. The nymphs – insects that have just come out of the eggs – can also transmit the virus, sucking the sap out of the plant. When flies get the virus from a contaminated plant, they spend the rest of their lives with the ability to transmit it to other plants. Beans are especially susceptible.

The decrease in carioca bean yields has also led to a rise in imports of black beans.

The Brazilian Agricultural Research Corporation, Embrapa, has developed a genetically modified bean resistant to the devastating virus. They were created in 2004 and approved by regulators in 2011, and were finally released for commercialization at the end of March.  Seeds are now being cultivated for commercial sales. But they are under threat.

The Sectorial Chamber of Beans has called for a meeting to discuss these RMD beans, motivated by a joint note from the Brazilian Bean Institute, Pulses, and Special Harvests (Ibrafe) and Brazilian Council of Beans and Pulses (CBFP). The associations warned against use of the new beans, saying there is a “need for the GMO seeds to be incinerated so that we eliminate the risk that this cultivar could somehow be used in the future.”

These opponents have called into question the safety of GMOs, despite the fact that there is a scientific consensus that genetically modified foods are as safe for human consumption as their conventional counterparts.

Information from Embrapa Arroz e Feijão (Rice and Beans) estimates that the loss of production caused by the surge of whiteflies would account for between 90,000 and 300,000 tons of carioca beans – enough to feed as many as 15 million people. Without virus-resistant beans, the only way to combat the golden mosaic virus is by eliminating whiteflies with insecticides.

The cost of those insecticides would be high. A single insecticide or a single application is not enough. To protect crops, farmers would be forced to use a cocktail of pesticides and over many application cycles.

In addition to financial cost and environmental damage, the remedy is not fully effective. The prolonged and excessive use of insecticides ends up selecting populations of insecticide-resistant whiteflies.

That leaves growers with two choices: They can either pay the price of pesticides and guarantee yield, or give up beans in the first crop (earlier in the year, in the warmer months), and replace it with other crops. Both decisions result in significant increases in price for consumers. 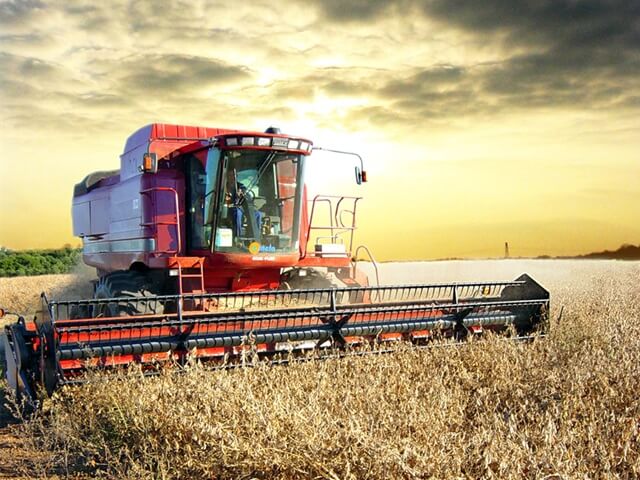 There is a virus-resistant bean was created by a team led by Francisco Aragão and Josias Faria, using RNA interference. It is basically about imitating a gene silencing mechanism that already exists naturally. In nature, when the virus infects a bean, the plant develops what we call small interfering RNAs – essentially an immune response of the plant to the infection.

Unfortunately, the natural process takes time to occur, and the plant eventually develops severe symptoms of the disease. The same occurs with humans in several infectious diseases: the immune system responds, but sometimes the disease is very aggressive, and the patient dies. For many serious infectious diseases in humans, we have vaccines. In a sense, Aragão and his team have created a vaccine for beans.

The mosaic-resistant bean produces these small RNAs – which prevent the virus from replicating in the plant – faster and more efficiently than the natural response. The method not only saves the plant but also controls the spread of the virus, prevents the disease from circulating, contaminating more flies and, consequently, more crops. In humans, we call this “herd immunity”; when a large part of the population is vaccinated, the disease can no longer circulate.

Significantly, this is considered the most effective measure in disease control.

Several countries have adopted similar techniques to grow plants resistant to other types of virus, such as maize (South Africa), tomato (Cuba) and cassava (USA). Our beans were also chosen as a biosecurity model in the international project “GMO Environmental Risk Assessment Methodologies (GMO-ERA)” for the application of a new public policy analysis methodology called Problem Formulation and Options Assessment (PFOA).

The PFOA proposal is an analysis methodology that takes into account the participation of government, scientists and citizens. Embrapa’s bean was selected as a model in the debate because it was still in the testing phase at the time, represented an essential staple to the Brazilian culture, and involved both small and large producers.

The study group was attended by representatives of supermarkets, consumers, environmentalists, agricultural cooperatives, producers and researchers in rural sociology. The group issued a favorable opinion to RMD beans, noting the advantages for producers and final consumers, the reduction of the use of agrochemicals, and the need for transparency for consumers, respecting their right of choice.

That is, the beans were evaluated by a diverse and representative set of stakeholders and it was approved. Even associations notoriously opposed to the use of genetically modified foods, represented in the study group, agreed with the approval of RMD beans.

A survey conducted by the Brazilian Association of Cereal Companies showed that 76 percent of bean farmers face the golden mosaic issue, and only 38 percent of them manage to control the pest. Eighty-six percent see the possibility of having a resistant GM bean as positive and declare that they intend to acquire the seed when it is available in the market.

The packaging industry is more divided: 50 percent of its players say they would buy these sturdy beans. However, it should be noted that the justifications of the 50 percent who are worried about the commercialization of the beans are based on the fear of the labelling – Brazil labels GMOs – and the reaction of the final consumer, motivated by the strong anti-GMO movement of Brazil.

GMO, gene editing and biotechnology in general need to be better communicated to the public. Notably, the issue of safety is a false controversy: there is no reason to assume that genetically modified foods are less safe than those developed by techniques considered “natural” for breeding. And each GMO undergoes tests and studies that represent a level of demand that does not exist in other branches of agriculture.

Also, the variety was not developed by “evil” global companies. After all, these beans are not coupled with the sale of pesticides and are not a staple typically targeted by large agriculture corporations. Therefore, there appears to be no reason to keep RMD beans out of the Brazilian market.

Natalia Pasternak is a researcher at the Institute of Biomedical Sciences (ICB) at the University of São Paulo – USP, and president of the Institute Question of Science in Brazil. Follow her on Twitter @TaschnerNatalia