Uganda set to embrace artificial intelligence and other emerging technologies, but biotechnology languishes

This article or excerpt is included in the GLP’s daily curated selection of ideologically diverse news, opinion and analysis of biotechnology innovation.
Even as it struggles to adopt a regulatory framework for genetically modified crops, Uganda is turning its attention toward other advanced technologies, including artificial intelligence.

The nation has established a 4th Industrial Revolution (4IR) Taskforce to advise the government on access, adoption, development and use of emerging technologies, including nanotechnology, quantum computing, robotics and biotechnology. But given the stagnation of the nation’s biotech crop efforts, some scientists worry that the current political environment isn’t favorable toward any new technologies. The nation’s president, Gen. Yoweri Museveni, has refused to act on the Genetic Engineering Regulatory Act (GERA) passed by lawmakers at the end of 2018.

Duncan Abigaba, a senior official at the Government-Citizen’s Interactive Centre, said the move is long overdue:

This is an important step government has taken to enable our country to build capacity to access and utilize what is appropriate, relevant and affordable for socio-economic transformation and development.

The taskforce, established initially for a one-year period, is charged with looking at a wide range of new technologies. Those include: 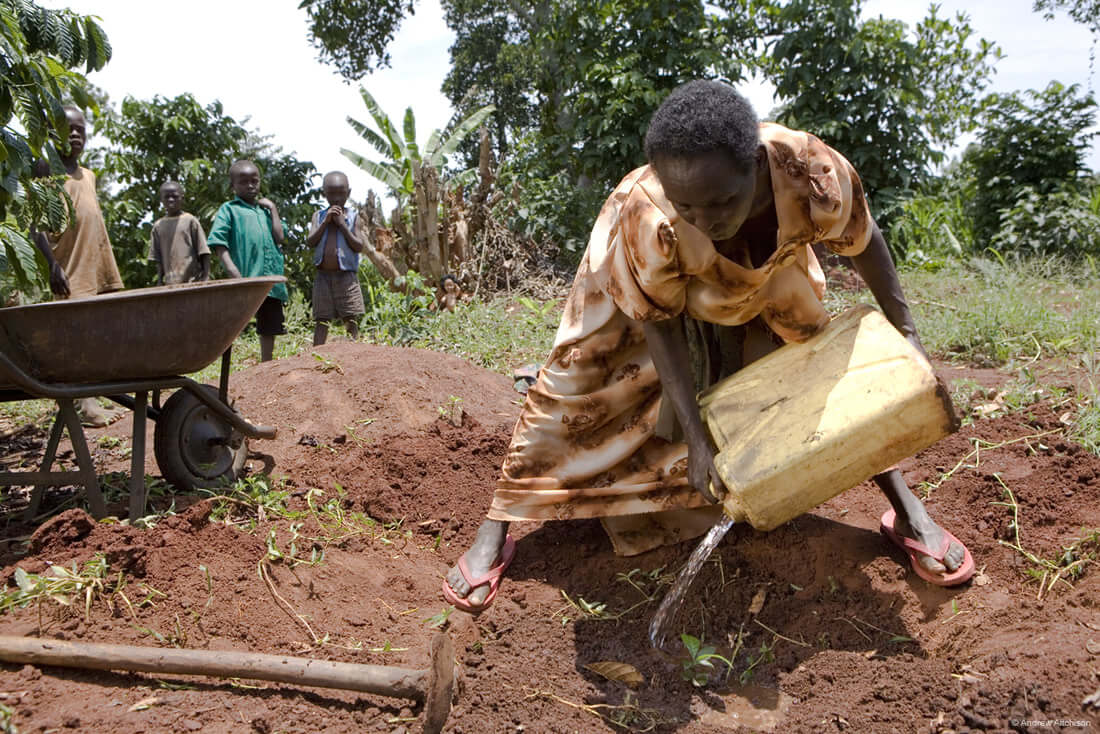 In comments published by state-run media, President Museveni urged the group to keep the nation’s long-term needs in mind:

Even as we talk about this revolution and advancement in technology, we must not forget that man’s basic needs remain food, shelter, clothes, and now education, locomotion and security. Technology, therefore, must be about serving these human needs.

He also called on the unit to keep an open mind toward Uganda’s ability to serve as a manufacturer of products – instead of just looking for ways to increase the nation’s food production:

Why should we have software engineers who cannot make computers? Ugandan scientists must not just be users of gadgets, they must design and make these gadgets like computers. We should have complete integration from foundation to final products.

Still, some scientists expressed concerns over the composition of the task force. “While it is a good thing to strategize for better technologies and plan for now and the future, one permanent secretary should have been wise and adequate, not more for instance,” said George William Byarugaba Bazirake, deputy chair of the governing board at the state-run Uganda National Council for Science and Technology.

The new effort, however, maybe be motivated by recent scientific advancements by neighbors, including Ethiopia, Kenya and Rwanda. That doesn’t sit well with Patrick Rutimbanzigu Rubaihayo, a leading crop scientist, who has described policymakers as toying with these newer technologies, while dragging their feet on innovations that could change the nation’s agriculture system.

The professor emeritus for crop science at Makerere University said it is unfortunate that the nation’s leaders don’t trust Uganda’s own crop scientists on the benefits of genetic engineering:

Good decision-making on science-based issues, to benefit a nation today and for posterity, does not require populist policy-makers or leaders who fear to be voted out of office, and it doesn’t need to be judged on fear-factors as circulated by self-seeking activists. Good decision-making requires of leaders to seek expert guidance.

He also criticized leaders for taking advantage of newer technologies – when offered by developed nations – while slowing their development in Uganda. Leaders have, for example, flown to other nations to take advantage of medical treatments and advances not offered in their own country, he said.

“The very people benefitting from it in human medicine, are blocking the same science in crop/plant-breeding and protection. This is a very high-level of selfishness,” he said.

Those policymakers, he said, would be unlikely to object to the use of genetic engineering if were done to save a family member from a deadly disease. Yet the nation still has no legal framework that would allow its own scientists to work in these arenas, said Rubaihayo, a former state minister for agriculture in the 1980s.

While he is critical of the nation’s president for not signing the GERA bill into law, he also questioned the lack of action by legislators who passed the measure: “Why don’t we see them demand that the president signs or approves a legislation they passed in broad daylight?”

Rubaihayo recalls a day in the early 1990s, when President Museveni summoned him to the state house for an explanation on biotechnology and genetic engineering in agriculture. That meeting helped spur the president’s decision to assemble a commission to explore biotech options for the nation.

That led to the establishment of the state-of-the-art National Biotechnology Centre at the National Agricultural Research Laboratories (NARL)-Kawanda—today one of the world’s centers of excellence in East African Highland banana research and breeding. Hundreds of crop breeders, molecular biologists and genetic engineers from Uganda and around Africa, have been trained there.

Now, Rubaihayo wonders what happened to change the way the president views biotech: “Why should the same president twenty years down the road, grow cold feet about a science he passionately promoted? Something fundamentally detrimental to the progress of scientific and technological innovations in the agriculture of our nation, is happening.”

He suggested that some activists and politicians think they are fighting the US and big corporations when they resist modern agricultural biotechnology. Yet they often embrace that same type of technology when used in human health and veterinary medicine. Rubaihayo argues that the nation needs to use the same approach to the technology – regardless of whether it’s being used for agriculture or medicine.