This article or excerpt is included in the GLP’s daily curated selection of ideologically diverse news, opinion and analysis of biotechnology innovation.
For cancer patients and their doctors, the scenario is all too agonizingly familiar: A course of chemotherapy appears to eradicate the tumor completely, but then it reemerges months later. Somewhere, somehow, a few cancer cells survive the therapy, dashing hopes of a cure.

Those survivors aren’t evading chemo on their own — they have accomplices. Cancer researchers have long noticed that doses of chemo drugs that reliably kill cancer cells in laboratory cultures tend to be strikingly less effective in actual patients. They surmised that something about the environment in which a tumor sits — the tumor microenvironment — must be helping to shield it from the drugs’ full lethal effect. Today they know that noncancerous tissues surrounding a tumor play a crucial role in this betrayal, and they are beginning to understand how it is accomplished.

They’ve learned that noncancerous cells within and around the tumor can physically block delivery of chemo drugs to the cancer, or send chemical signals that encourage tumor cells to survive, or prevent the immune system from launching an effective attack. As they gain a better understanding of the tumor environment and its complex ecology, they hope to develop improved chemotherapies that are both more effective and less toxic. “It’s really the forefront of cancer therapy,” says Michael Hemann, a cancer researcher at MIT.

Part of the protective effect of the tumor microenvironment is a matter of plumbing. For decades, cancer researchers have wondered whether they could starve tumors into submission by choking off their blood supply and thus preventing their fast-growing cells from getting enough food and oxygen. In the early 2000s, they developed a drug, Avastin (bevacizumab), that blocks a molecular signal triggering blood vessel growth, or angiogenesis. But, mysteriously, Avastin failed to improve survival unless patients received chemotherapy drugs at the same time — implying that Avastin was somehow helping the chemo to be more effective.

That piqued the interest of Rakesh Jain, a chemical engineer turned cancer researcher at Harvard Medical School and Massachusetts General Hospital in Boston. “I said, ‘Aha, that’s interesting,’ ” Jain says. “How can a drug that kills the blood supply help chemotherapy? You need the blood supply to get the drugs into the tumor.” He started digging deeper, and what he found turned conventional wisdom on its head. 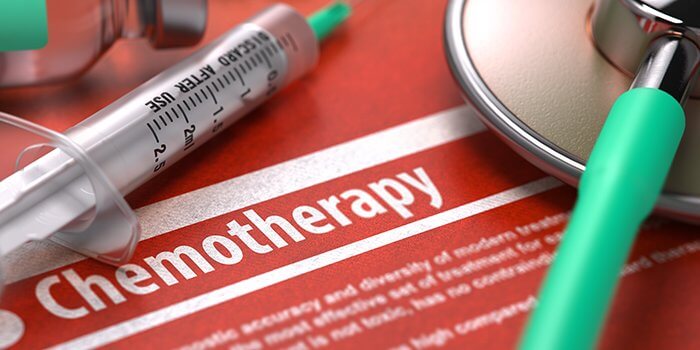 The blood vessels that deliver food and oxygen — and chemotherapy drugs — to a tumor tend to be highly abnormal. Instead of the usual large, straight, simply branched vessels, the ones in and around a tumor are often unevenly distributed, misshapen and tangled. As a result, some parts of the tumor end up far from any blood vessels and thus have little exposure to chemo. Those same regions become starved of oxygen, and this hypoxia suppresses the immune system and also acts as a signal for the tumor cells to metastasize, or disperse to new sites.

Moderate doses of Avastin or other angiogenesis inhibitors, Jain found, don’t outright suppress formation of blood vessels around a tumor but can actually make them look more normal, so that they can deliver chemotherapy more efficiently and evenly. Indeed, when Jain’s clinical collaborators gave angiogenesis inhibitors to patients with glioblastoma, a form of brain cancer, he found — surprisingly — that patients who responded with increased blood flow to the tumor lived longer than patients in whom the blood flow declined. Angiogenesis inhibitors work, in other words, for exactly the opposite reason than scientists initially thought, as Jain and his colleague describe in the 2019 Annual Review of Physiology.

There’s a second way in which the tumor microenvironment physically interferes with chemo drug delivery. Some tumors — pancreatic cancer is a good example — attract many connective tissue cells, or fibroblasts, into their vicinity, forming what is essentially scar tissue. As these cells squeeze into the tumor microenvironment, they increase the pressure there, which can collapse blood vessels and further impair delivery of chemo drugs. Jain is experimenting with ways to reduce the pressure and thereby improve chemo drug delivery. He’s had promising early results in a small trial with a common blood-pressure medication, losartan, and clinical trials are underway. “The beauty of that is it is safe and cheap. It costs 14 cents a day. How many cancer drugs cost that little?” says Jain.

Tumors enjoy more than just physical protection from their microenvironment. As chemotherapy drugs poison the cancer, neighboring normal cells respond to the carnage as though it were a wound, triggering inflammation and releasing chemical signals that encourage the survival of nearby cells. That’s helpful in repairing a wound but potentially catastrophic for a cancer patient. “The tumor cells see these signals and read them as a survival signal that allows them to survive chemotherapy,” Hemann says.

To identify which of the many ongoing cellular signals are most important in cancer-cell survival, Hemann and his colleagues used viruses to randomly inactivate single genes in tens of thousands of leukemia cell cultures, then injected the resulting cells into live mice. Next, the researchers gave chemotherapy to the mice and watched to see which gene knockouts made cells more sensitive to the drugs. “We essentially let the biology do the work and tell us what is important in this setting,” Hemann says.

One key gene turned out to code for a molecule called interleukin-6, which is normally involved in inflammation and wound repair. Another set of genes codes for a class of structural support proteins called integrins. Ordinarily, when integrins contact a cell they provide a signal that the cell is in its proper place and should remain alive. Tumor cells masquerade as normal neighbors, co-opt those signals and use them to survive as well, Hemann and his colleague Eleanor Fiedler explain in the 2019 Annual Review of Cancer Biology.

The cells that send these survival signals often do so in only a few particular microenvironments, creating refuges where tumor cells can hide out against chemotherapy. For the leukemias that Hemann studies, the refuge is in the bone marrow. Other cancers tend to find refuge in sites such as bone, liver or brain — not coincidentally, the places where surviving cancer cells eventually emerge as metastatic tumors. Cancer researchers are still working out the details of these survival signals and how they work, but if they can find ways to deprotect these places, they may be able to improve the effectiveness of chemotherapy and, at the same time, reduce the incidence of metastasis.

Some of the most important survival signals come from the white blood cells of the immune system. Ordinarily, cells such as cytotoxic T cells and macrophages serve a defensive function, hunting down and eradicating invaders and tumor cells. But chemotherapy can persuade these defenders to turn traitor and begin supporting the cancer.

In a mouse version of breast cancer, for example, cell damage caused by the chemotherapy drug Taxol (paclitaxel) draws macrophages to the tumor. The macrophage swarm activates a class of protein-digesting enzymes called cathepsins. These act as pro-survival signals, making the chemo only about half as lethal as it should be, according to research published in Genes and Development by cancer researcher Johanna Joyce, now at the Ludwig Institute for Cancer Research at the University of Lausanne, Switzerland, and her colleagues. When Joyce’s team paired chemotherapy with a drug that blocked cathepsins, they restored the chemo’s killing power.

Joyce is now testing whether something similar happens in humans — taking tissue samples from patients with breast and brain cancers to see how the chemical signals in the tumor microenvironment change during and after chemotherapy.

Similar approaches may work for other types of cancer. For pancreatic cancer, one of the deadliest types of tumor, surgical oncologist David Linehan of the University of Rochester Medical Center in New York has had promising results from blocking a different signalling molecule, CCR2, which is involved in attracting macrophages to the tumor after chemotherapy. In preliminary tests on a few dozen patients, published in Lancet Oncology, those treated with chemotherapy and the CCR2 inhibitor showed much better response to chemotherapy than patients who did not receive the inhibitor, his team found. Further clinical trials are now being planned.

No one knows yet whether doctors will be able to treat multiple types of cancer by blocking a single survival pathway, or whether every tumor type will require a different strategy. It is even possible that therapies may need to be tailored to the genetic background of each individual patient. “Of course, that makes things infinitely more complex,” says Joyce.

But no matter how specific the therapies may eventually need to be, clinicians hope that understanding how tumors hide from chemotherapy will someday pay big dividends. Right now, oncologists set chemotherapy doses as high as patients can tolerate, to try to kill every last cancer cell — even those hiding out in protected spaces. If doctors can strip away the protection provided by the microenvironment, Hemann says, “the prediction is that these tumor cells are going to be much more susceptible to the chemotherapy we give. So not only can we make cures more achievable, but we can also lower the dose and make the therapies more tolerable.” That’s an outcome every cancer patient would welcome.

Bob Holmes is a science writer based in Edmonton, Canada.

A version of this article was originally published on Knowable Magazine’s website as “How our bodies coddle cancer” and has been republished here with permission.