Ricki Lewis | September 17, 2019
This article or excerpt is included in the GLP’s daily curated selection of ideologically diverse news, opinion and analysis of biotechnology innovation.

I was distressed to learn that Netflix cancelled Designated Survivor, after rescuing the show from ABC for a third season. Finally, the characters in the West Wing could speak realistically. But it didn’t help.

I was thrilled at the bioterror-catalyzed plot, which borrowed Isaac Asimov’s law of science fiction: change only one thing. But stronger science in the story could have built a compelling, biology-based case against white supremacy, because the weapon was to somehow seek the dark-skinned. Short-shrifting the science was a missed opportunity.

A relief from reality

The first episode of Designated Survivor aired September 21, 2016. With ten million viewers, many following star Kiefer Sutherland from his Jack Bauer/24 days, DS was quickly extended to a full season.

The plot is simple and original: a massive explosion at the Capitol during the State-of-the-Union address leaves alive and functioning only Secretary of Housing and Urban Development Thomas Kirkman (executive producer Sutherland) in the line of succession. Casualties are massive.

Kirkman is sequestered safely somewhere secret as the “designated survivor” should disaster smite the president, vice-president, speaker of the house, president pro tempore of the Senate, etc. During that first season, the kind and calm Kirkman struggles to lead, while investigating the disaster that led to his presidency. We get to know his staff. 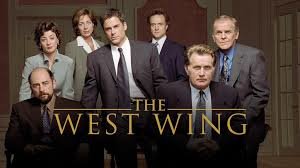 The show evokes The West Wing, with its snappy banter and distinctive characters (one of whom, Bradley Whitford’s Josh Lyman, resurfaced recently on Handmaid’s Tale as a Commander with a heart), with a touch of Homeland for the FBI/CIA intrigue, and House of Cards, minus the Kevin Spacey drama.

For some of us, tuning in to Designated Survivor on Wednesday nights for the first two seasons was a welcome diversion from the bizarroworld reality of the Trump administration, especially in the early days. I’m not the only one who’d awaken every Thursday distressed to realize that Kiefer Sutherland wasn’t actually the president.

In season three, the targeted bioweapon becomes the backdrop to Kirkman’s re-election as an independent candidate.

First, a few other bio-tinged plotlines reverberate behind the main story. I omit the crisis-of-the-week ones.

Much of the action, from the first episode of season 1, centers on Hannah Wells (Maggie Q), who staggers from the rubble of the Capitol and then is always running from something, vacillating between working for the CIA or the FBI, all the while with enviably perfect hair and make-up and killer jeans. She goofs at the end of season 2, and is assigned desk duty. She hates it.

Season 3, episode 2 opens inside a lab disguised as a bread factory in Cambridge, Massachusetts. A redheaded nerd has been locked in a freezer, and he’s banging on the window watching a bad guy stealing something in a vat that looks like red Kool-Aid. We know it is a biolab because a computer screen displays what look like Salmonella bacteria.

Switch to bored Hannah. At her desk job, she actually reads something intriguing, and before you can say deoxyribonucleic acid, she s 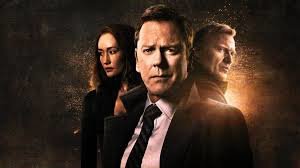 uddenly spouts what she thinks is biotechspeak, babbling about “genetic biology, which normally bores the tits off me,” she professionally declares to her superior.

Hannah’s discovered that a rogue “biogeneticist” has sequenced the genome of the poppy. He can edit a gene to wipe out opium!

After getting the go-ahead to follow up, Hannah visits the handsome and eloquent Dr. Eli Mays (Chukwudi Iwuji), a “DIY biohacker and geneticist” whose lab is crammed with plants, presumably including poppies. We know he’s qualified because his computer screen shows a gyrating double helix.

Dr. Mays suddenly orates to Hannah about the government not doing enough to prevent bioterrorism. Soon, he declares, we’ll be able to edit genes on our smart phones!

“What worries you most?” asks Hannah.

Dr. Mays walks regally over to a freezer festooned with biohazard stickers, slowly opens the door, and removes and holds up a zip-loc bag. “It’s a virus I’ve not seen before,” he solemnly declares, but the bag holds a brilliant red and very dead cardinal.

Birds are falling from the skies over Florida. An avian flu!

From bird flu to smallpox and beyond

Next, Hannah and Dr. Mays visit the lab in Cambridge, seeking a South African mad scientist out to rejuvenate apartheid. The lab’s been scrubbed clean, but the ginger-haired scientist-on-ice, now missing, has scratched three concentric circles into the wall before he was dragged outside, where we see his body anointed with gooey, glistening smallpox lesions.

What can the mysterious circles-within-circles be? Aliens? The structure of the smallpox virus, of course, says Dr. Mays. He and Hannah are vaccinated and survive. 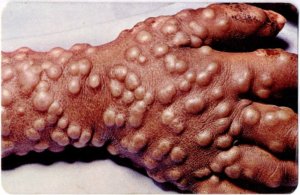 Meanwhile, in Toronto, a strange flu strikes an ob/gyn clinic. Pregnant women sneeze for two weeks and then have miscarriages.

Dr. Mays helpfully guides us through what’s happened: A bad gene from smallpox virus has been CRISPRed into a bird flu virus that also has a gene from somewhere that interrupts human pregnancies, a few candidates mentioned here. “It’s an induced miscarriage cluster camouflaged to mimic something that might occur naturally,” he deduces.

At first, when the weapon was just bird flu and smallpox, it was deemed just deadly. But eventually the politicos realize that a targeted weapon that causes what they term infertility (which technically miscarriage isn’t) is “genetic genocide.”

The race angle makes no sense

By episode 4, we learn that the multi-virus bioweapon will only harm “people of color.”

Biologically speaking, the only people who do not have skin color have albinism, and I didn’t see any of them walking around Kirkman’s White House. Here are some facts: 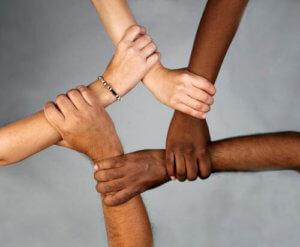 So what, exactly, would the bioweapon target to harm the overwhelming majority of human beings, all those who do not have albinism?

Perhaps I’m being too literal. When I investigated white supremacy in the wake of Charlottesville two years ago, I learned that “white,” to them, means only people with fair skin from the UK, Germany, Denmark, Sweden, and Norway. It does not include Jewish people, ethnic Poles, Slavs, Roma, and many others. It does not include me.

How would the weapon work? Hannah and the crew in the White House just accept that the builders of the bioweapon targeting the dark-skinned can simply make it so.

Are the politicians terrified of big words or crisp acronyms? Their paralysis inspires Dr. Mays, when all is well at the end, to suggest that perhaps President Kirkman consider hiring a few scientists. Good idea.

The CRISPR-this CRISPR-that dialog flies fast as Hannah seemingly gets over her boredom with things genetic. There’s a lot of hand-waving among the White House staff, running around and promising to do things right away, but still the shenanigans remain nonsensical.

And then it seems the bioweapon is more than bird flu and smallpox. It also contains a dash of norovirus! Had the target changed to make people on cruise ships throw up? Dr. Mays reveals that norovirus was chosen for it’s speed. Makes sense. I had it once.

Still later, the weapon suddenly becomes water-borne! In Texas! Did someone sneak in a snippet of Vibrio cholera, adding a bacterial component? 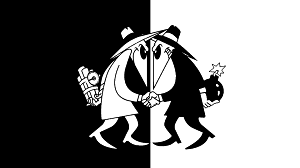 Then Hannah, the self-taught bioterror expert with boring breasts, wanders into the Cambridge facility without any sort of protection, not even a hoodie. Running about as usual, she gulps in nerve gas as the South African maniac lurks, masked, in the background.

As Hannah gasps and staggers, the South African emerges, removes his protective gear, gloats, and informs her that her diaphragm will stop moving within 3 minutes. It does. She expires.

As the presidential campaign intensifies, concern over the details of the weapon diminish, as it’s now variously called a virus, a chemical, a weapon that could kill everyone, and it’s development now attributed to neo-Nazis.

Finally a young black female technician, a friend of Dr. Mays, plants a bot of some sort onto the main bad guy, a miniature something-or-other that tracks him. When caught he reverts to an old tool, popping cyanide. And just like that, the bioterror attack is foiled.

In contrast to the convoluted and vague scenes involving science, a stolen video that Kirkman and crew view, showing a roomful of older, white, males led by Republican presidential candidate Moss, is a little too real. The men are discussing shifting demographics favoring a future of fewer white people. Are they directly behind the invention of the racially-targeted bioweapon? You’ll have to watch to find out.

It wasn’t the flawed bioterror plot that doomed Designated Survivor after all. Kiefer Sutherland has said that Netflix’s restricting actor contracts to one year drove several major players to seek work elsewhere.

I think the bioterror plot succeeded, in tone if not in detail, by illuminating the idiocy of white supremacy. The writers envisioned knitting a bunch of pathogens into a deadly quilt of hate, stitched with CRISPR, and that’s really the main point. The hate is real.