Demonstration plots in Kenya show that genetically modified (GM) maize varieties are more effective in controlling insect attacks than their conventional counterparts — without the use of pesticides.

As a result of the pest protection provided by the Bt gene, the GM maize outperformed conventional varieties three-fold per hectare, according to the post-harvest evaluation of TELA project demonstration plots in east Kenya and the Rift valley. TELA maize also provides drought tolerance. However, these demonstrations showcased the effects of the Bt trait.

‘‘The results are appealing,” James Karanja, the Kenya TELA maize project investigator, told the Alliance for Science. “In Kiboko, for instance, we have seen Bt maize yielding 10 tons per hectare, as compared to non-Bt yielding between 3 and 4 tons [per hectare].’’

‘‘Scientists are developing technologies that  can contribute to food security and prosperity among Kenyans,” said Dr. Stephen Mugo,  a maize breeder and Kenya country representative with the International Maize and Wheat Improvement Center (CIMMYT). “If farmers grow maize with this technology, it will help reduce the use of pesticides, which have a way of getting into waterways.’’

The results have significant implications for Kenya, where maize production has been severely curtailed by drought and insect pests, especially fall armyworm. If those two factors were controlled, Kenyan farmers could have harvested 60 million bags this year, “meaning we would be food secure and have a surplus of 6 million bags,” Karanja said. Instead, they are projected to harvest just 35 million bags this year. 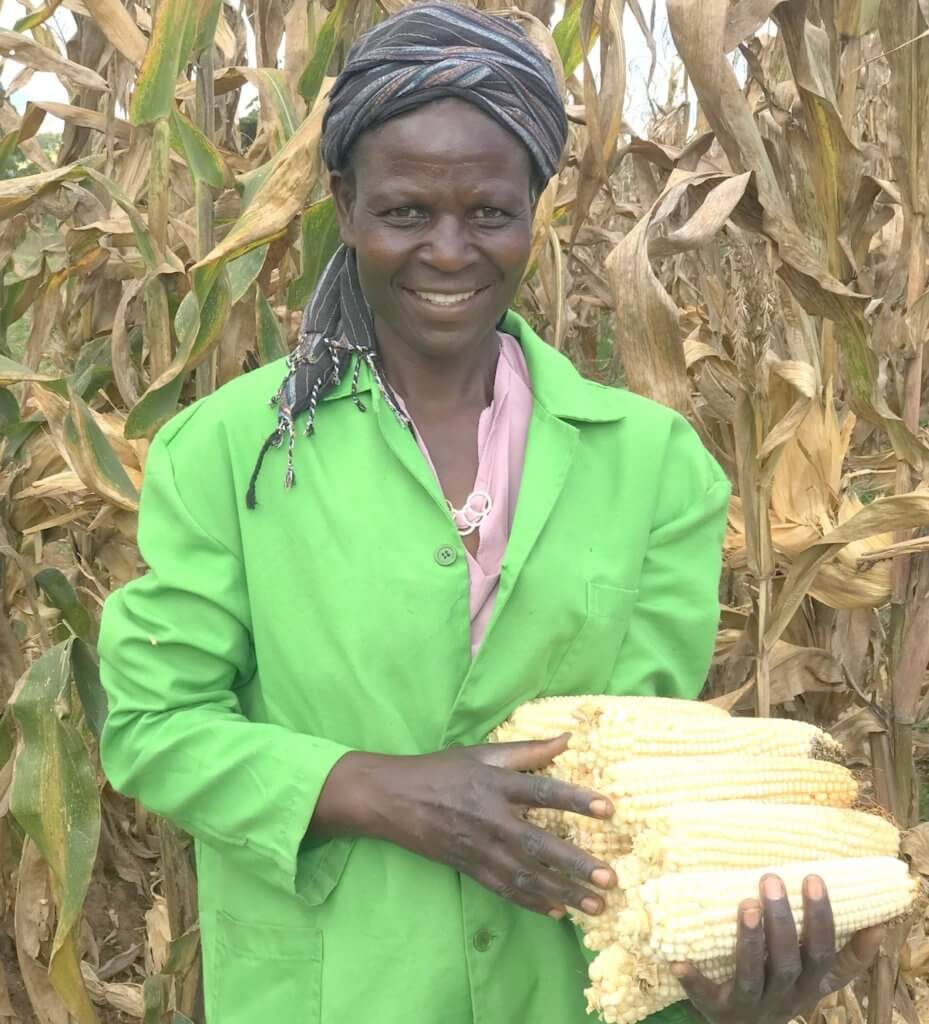 In addition to achieving higher yields and reducing pesticide use, the Bt TELA maize also was free of the mold that produces aflatoxin, a naturally occurring cancer-causing toxin frequently found in grain products in tropical regions.

The Bt maize cobs had no molds and minimal insect damage, while the non-Bt cobs were damaged with more than 40 percent mold. “The increased mold growth was associated with a high insect damage score, which paved the way for fungal penetration to the grains,’’ Karanja explained.

The Kenya Bureau of Standards (KBS) recently suspended five maize licenses over the sale of aflatoxin-contaminated flour that exceeded minimum levels of 10 parts per billion.

In addition to being safe for humans, Bt maize is also good for the environment because it reduces chemical use, especially in controlling fall armyworm, said Dr. Regina Tende, a plant breeder and entomologist at KALRO.

Tende agrees with Karanja that aflatoxin could be reduced by Bt technology, as insects create an entry point into the maize for the fungi that cause aflatoxin accumulation, which adversely affects human health.

The technology, if adopted, will help farmers beat the persistent maize pests that contribute to low crop productivity and reduce their production costs, Tende confirmed.

Researchers have used the TELA demonstration plots to help the public understand GM crops. Church leaders, including assistant pastor Benson Maasai, have been among those viewing the Kiboko and Kitale demonstration sites. Maasai recalled his misunderstanding about GMOs prior to visiting the demo plots.

‘‘I had been having a very negative attitude towards GMOs, but I was misinformed,” he said. “After hearing from experts, and seeing for myself the crops, I am surprised to learn that Bt is a natural soil-dwelling bacteria which we have been using to control insect pests and it is not harmful to human beings, birds, animals and the environment.”

GM maize research will help farmers reduce production costs, Maasai said, adding that there is a need to educate the churches that scientists do not have a bad intention when they develop GMOs products.

‘‘Scientists are our children, too, and they would not like to do something that will hurt their parents back at home,” he observed.

Verenardo Meeme is a science journalist and contributor for the UK-based Science and Development Network (SciDev.Net). Follow him on Twitter @vanmeeme. Follow the Alliance for Science @ScienceAlly