Manipulating our internal clocks could lead to treatments for mood disorders, obesity—and even aging

This article or excerpt is included in the GLP’s daily curated selection of ideologically diverse news, opinion and analysis of biotechnology innovation.
Long before Apple watches, grandfather clocks or even sundials, nature provided living things with a way to tell time.

Life evolved on a rotating world that delivered alternating light and darkness on a 24-hour cycle. Over time, cellular chemistry tuned itself to that rhythm. Today, circadian rhythms — governed by a master timekeeper in the brain — guide sleeping schedules and mealtimes and influence everything from diet to depression to the risk of cancer. While an Apple watch can monitor a few vital functions such as your heart rate, your body’s natural clock controls or affects nearly all of them.

Lately, research by Takahashi and others has suggested strategies for manipulating the body’s clock to correct circadian-controlled chemistry when it goes awry. Such circadian interventions could lead to relief for shift workers, antidotes for jet lag, and novel treatments for mood disorders and obesity, not to mention the prospect of counteracting aging.

Prime weapons for the assault on clock-related maladies, Takahashi believes, can be recruited from an arsenal of small molecules, including some existing medical drugs.

“Researchers are increasingly interested in developing small molecules to target the circadian system directly for therapeutic gains,” Takahashi and coauthors Zheng Chen and Seung-Hee Yoo wrote in the 2018 Annual Review of Pharmacology and Toxicology.

In sophisticated life-forms (such as mammals), central control of the body’s clock resides in a small cluster of nerve cells within the brain’s hypothalamus. That cluster, called the suprachiasmatic nucleus — SCN for short — is tuned to the day-night signal by light transmitted via the eyes and the optic nerve.

But the SCN does not do the job alone. It’s the master clock, for sure, but satellite timekeepers operate in all kinds of cells and body tissues.

“There isn’t just an SCN clock in the brain,” Takahashi said at a recent meeting of the Society for Neuroscience. “There are clocks throughout the entire body. Every major organ system has its own intrinsic clock.”

The proliferation of clocks throughout the body makes circadian chemistry relevant to various behaviors and physiological processes, such as metabolism and blood flow. Maintaining healthy physiology requires all the body’s various clocks to be synchronized by signals (in the form of hormones and nerve impulses) from the SCN. SCN signals govern the timing of genetic activity responsible for the production of numerous clock-related proteins. Studies mainly in mice have shown how those proteins participate in complex chemical feedback loops, perpetuating rhythmic genetic activity in which proteins are first produced and then degraded to drive circadian cycles. Similar chemistry operates in humans. 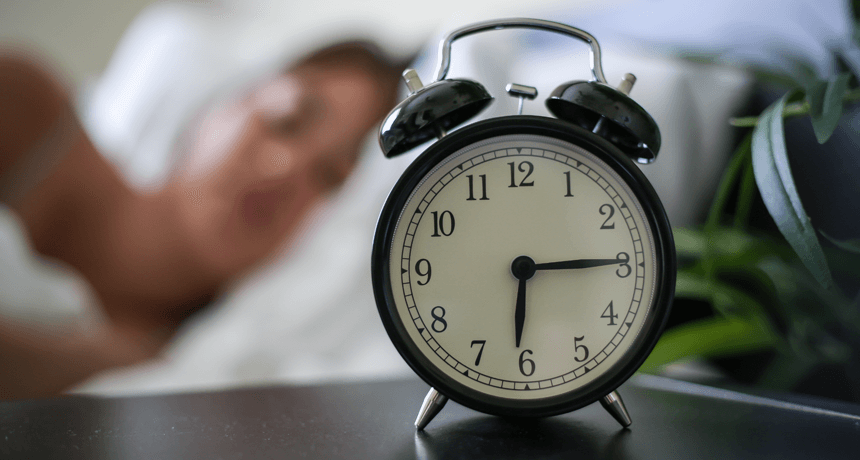 Key molecular players in keeping the body’s clocks ticking are the proteins known as CLOCK and BMAL1. Studies of liver cells in mice show that CLOCK partners with BMAL1 to regulate gene activity, driving all the important circadian chemical reactions. “Generally in many cells you see a similar kind of picture, in the brain or other tissues,” Takahashi said.

The CLOCK-BMAL1 tandem activates genes that produce several forms of the circadian proteins period and cryptochrome. In mice, that process starts work in daytime, leading to a substantial buildup of period (PER) and cryptochrome (CRY) by evening. At night, PER and CRY migrate into the cell’s nucleus and block the action of CLOCK-BMAL1, thereby halting production of PER and CRY themselves. PER and CRY amounts then diminish as other molecules degrade them. By morning, PER and CRY levels drop so low that CLOCK and BMAL1 are no longer disabled and can begin producing PER and CRY anew.

Many other molecules participate in circadian chemistry; the exact molecular participants differ from tissue type to tissue type. In the (mouse) liver alone, the activity of thousands of genes fluctuates on a circadian schedule.

While signals from the SCN set the daily schedule for circadian chemistry, various small molecules, such as many medicinal drugs, can disrupt cellular timing. (That’s one reason certain drugs such as blood thinners and chemotherapy treatments are more or less effective depending on the time of day that they are administered.) Researchers have identified dozens of small molecules that can influence circadian processes.

Some such molecules change the length of the circadian period. Some alter the precise timing of specific processes during the cycle. Others help maintain robust signals for synchronizing the body’s clocks. Circadian signaling weakens with age, possibly contributing to many age-related disorders such as impaired metabolism or sleep problems.

Among the common drugs that exert effects on the circadian system are opsinamides, sulfur-containing compounds that suppress the amount of light input into the SCN. Nobiletin, found in the peels of citrus fruits, manipulates circadian rhythms to improve metabolism in obese mice. (Nobiletin also counters tumors and inflammation.) Resveratrol is a well-known compound that alters the activity of certain clock genes, with some possible human health benefits.

Today’s challenge, Takahashi and coauthors say, is to identify the precise targets where small molecules exert their influence. Knowing the targets should help researchers find ways to repair defects in the circadian system or alleviate temporary inconveniences such as jet lag.

Jet lag occurs when sudden changes in time zone generate a mismatch between the body clock’s expectations and the actual day-night cycle (not to mention timing of meals and social activities). While it is usually just an annoyance for travelers, shift workers face long-term consequences for working when the body clock advises sleep. Shift workers, Chen, Yoo and Takahashi point out, are at risk for sleep problems, gastrointestinal disorders, obesity, cardiovascular disease, cancer and mood disorders. Molecules tested in mice have shown promise for reconciling expectations with reality, getting the clock back in phase with the body’s environment.

Clock malfunction also affects the body’s disease-fighting immune system, and certain clock components have been identified as potential targets for alleviating autoimmune disease and excessive inflammation. Other recent studies have shown that molecular intervention with clock components can aid proper functioning of mitochondria, the cellular structures responsible for energy production.

While most of the details about circadian chemistry come from studies in mice, studies of human sleep disorders indicate that the basic circadian story is similar in people. A mutation in the human gene responsible for making one of the period proteins has been linked, for example, to familial advanced sleep phase disorder. (In people with that mutation, the normal sleep-wake cycles shift by several hours.) Other research has shown that a variant version of the human gene for cryptochrome protein increases the risk of diabetes.

An especially intriguing possibility is that body clock management could provide strategies for slowing down aging.

Many studies have shown that aging in some animal can be slowed by restricting food intake. Fewer calories can lead to longer lives. But work by Takahashi and others has found that (in mice, at least) timing of ingesting the calories can be almost as important as the quantity.

Mice allowed to eat a normal amount of calories, but only within restricted hours, have lived about 15 percent longer than usual, Takahashi reported at the neuroscience meeting. In humans, that would correspond to a life span increase from 80 years to 92.

“We’re super excited about these results, because these are the first experiments to show that you can extend life span by restriction of time of nutrient intake only without a reduction of calories,” Takahashi said.

“For us it’s much easier to restrict the time that we eat than the amount that we eat. Now if you can do both, that’s even better. I think that this, I hope, could have benefit for human health and longevity in the future.”

Tom Siegfried is a science writer and editor in the Washington, DC, area. His book The Number of the Heavens, about the history of the multiverse, was published in September by Harvard University Press. Follow him on Twitter @tom_siegfried

A version of this article was originally published at Knowable Magazine and has been republished here with permission.