Will scientists ever get ahead of fast-mutating deadly health viruses? Exploring the coronavirus and the genetics of other viral outbreaks

This article or excerpt is included in the GLP’s daily curated selection of ideologically diverse news, opinion and analysis of biotechnology innovation.
While the Wuhan coronavirus dominates health news headlines, less exotic viral foes are still around: influenza, the rhinovirus, adenovirus, and respiratory syncytial virus behind the common cold, norovirus outbreaks aboard cruise ships, and always hepatitis and HIV.

What these viruses share is RNA as their genetic material, a nucleic acid less familiar than DNA. Among the RNA viruses are also West Nile, chikungunya, and those behind Ebola and Marburg hemorrhagic fevers, dengue, rabies, and yellow fever.

When science writer David Quammen made the media rounds recently to discuss the Wuhan coronavirus, he glommed right over the RNA part – “don’t worry about that right now.” But his excellent book Spillover: Animal Infections and the Next Human Pandemic, which charts the predictions of the current situation starting nearly a decade ago, details the significance of RNA viruses.

RNA is a nucleic acid like its cousin DNA, but has uracil in place of thymine as one of the four nitrogen-containing bases that carry each molecule’s encrypted information. RNA’s sugar – ribose – has an oxygen atom in a place that DNA’s deoxyribose doesn’t. DNA is the same in every cell of an individual, whereas shorter and shorter-lived RNA molecules carry out the specific DNA instructions that sculpt different cell types and functions.

The inability of RNA to repair itself, as DNA can, allows mutations to accrue in RNA viruses, enabling them to replicate wantonly and spread explosively. And our bodies help them. New viral particles spew from coughs and sneezes, are propelled in vomit, and ooze from blood and diarrhea, often before our immune systems begin to respond.

All viruses are just nucleic acids in protein coats – they’re not cells, not even considered to be alive. I recently recounted their discovery here.

RNA viruses are everywhere, from subway railings, to deep sea habitats, to jungles, taking up residence in all types of organisms. Here are three that are far less familiar than the flu and coronaviruses, but that for a brief time made the news because they, too, make people sick.

The supposedly first outbreak of hantavirus pulmonary syndrome struck in May 1993, in “The Four Corners” where Arizona, New Mexico, Colorado, and Utah meet.

Patient zero was a young, previously healthy and fit man of Navajo ancestry who developed shortness of breath and died soon after arriving at a hospital in New Mexico. His fiancée had died a few days earlier, also with a sudden respiratory illness. Two healthy young people suddenly sick within a week alerted medical sleuths, who soon discovered five other cases.

After ruling out the usual suspects, like a poison or the flu, local officials notified the CDC. Their Special Pathogens Branch, with state health departments, the Indian Health Service, the Navajo Nation, and university researchers, pursued the cause of the illness. 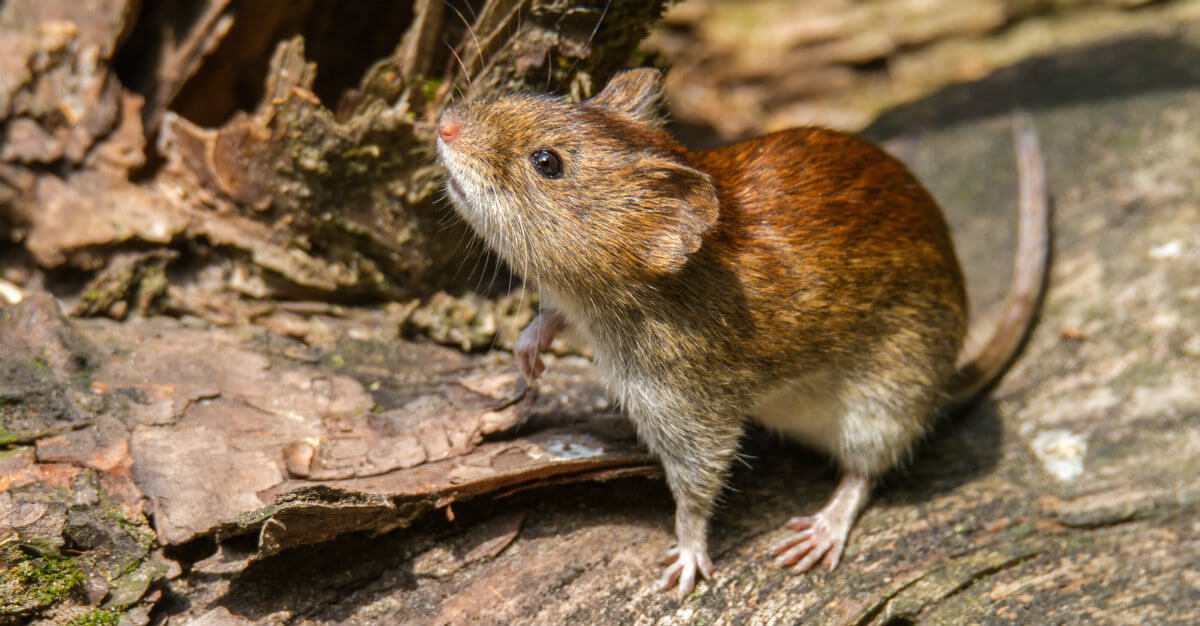 At the CDC, matching patient tissue samples to known viral genes led to Hantaan virus, the cause of Korean hemorrhagic fever, transmitted by mice. Hantaan affects the kidneys, not the lungs. But could its RNA sequence lead epidemiologists to the source of the new outbreak?

The investigators in the Four Corners trapped and shipped nearly 1,700 rodents to the CDC in Atlanta over the summer for dissection and testing for Hantaan, which would turn out to be a close relative of what would soon be named hantavirus – the viral variants are distinguished by human body part affected and geographical distribution.

The deer mouse Peromyscus maniculatus quickly emerged as the reservoir species for hantavirus. Pathogens collect in reservoir species, in which they may or may not cause illness, and are transmitted through vector species to vulnerable hosts. (Here’s a great glossary of epidemiology terms.)

Nearly a third of the deer mice tested at the CDC carried hantavirus. The mice are in homes, barns, and live just about anywhere people do in the rural southwestern setting. But what had made some people sick, and not others?

Contact with mice. The homes of the infected people had many more rodents, and the victims did housecleaning, gardened, or worked in nearby fields.

Did the infected folks need to touch the pathogen, or just breathe in a poop-tainted breeze? It probably hadn’t mattered, because a confluence of environmental factors – prolonged drought, followed by snow and rain that rapidly replenished rodent populations – led to a ten-fold explosion in the numbers of mice. Human-to-human spread, which doesn’t happen with hantaviruses, wasn’t necessary.

When researchers re-examined stored lung tissue from people who’d died of unexplained acute respiratory distress, other cases came to light. The first recognized case had been a 38-year-old man who’d gotten sick in Utah in 1959!

Although the Navajo people had been aware of the infectious disease, and the link to deer mice, for many years, it was news to the CDC. Once epidemiologists knew what to look for, other variations on the hantavirus theme were reported in the following months:

Related article:  Viewpoint: LA restaurants tried to sell groceries during the COVID-19 pandemic. Why did the city shut them down?

From horses and pigs: Hendra and Nipah

Fruit bats, aka “flying foxes,” are the reservoir species for the related Hendra and Nipah viruses. They belong to genus Pteropus.

These viruses adhere to a peculiar “rule of six.” If a mutation adds or removes DNA bases so that the size of the viral genome isn’t a multiple of six, it’s kaput.

Like hantavirus, the genetic material of Hendra and Nipah is a single strand of RNA. Each genome has only 6 genes, but RNA editing cuts and pastes gene segments, expanding the protein repertoire of each virus. The 2011 film Contagion was purportedly based on Hendra and the 2019 film Virus based on Nipah.

Christopher Basler, director of the center for microbial pathogenesis at Georgia State University and colleagues reported on how the viruses make us sick in Nature Communications. A viral protein, called simply W, interferes at pores in the membrane that defines the nucleus, wherein lies our DNA. This action blocks the gene activity that jumpstarts the innate immune response, enabling the viruses to replicate unchecked.

Hendra virus came to public attention in September 1994, in Hendra, a suburb of Brisbane, Australia. The “index case” was Drama Series, a mare who snorted virus-laden froth onto her dozen stable mates and two trainers, one of whom died. Hendra virus fills the lungs with bloody fluid and can also shut down the kidneys.

If a person survives the pneumonia, inflammation of the membranes around the brain (meningitis), may occur months later. One such delayed case alerted authorities to the fact that a second Hendra virus outbreak happened in August 1994, a month before what was thought to have been the first.

Several other outbreaks have all been in Australia, in forested or coastal areas. Only a handful of people have been infected, but all were near sick horses. The fatality rate is 60% among humans and 75% among horses, and a vaccine for horses became available in 2012.

Nipah virus infection causes encephalitis and pneumonia, through pigs. An outbreak in 1998 from pig farms on the Malaysian peninsula killed 105 of 265 infected people. Pigs sent from Malaysia to an abattoir in Singapore infected 11 people there, killing one, in early 1999.

The virus was isolated and described soon after, but may have been percolating around the Malaysian peninsula for two years. Since then limited outbreaks have occurred in India and Bangladesh.

Bats bring us coronaviruses; hemorrhagic fevers like Lassa, Marburg, and Ebola; and rabies. The bats seem healthy despite their bodies teeming with virus, and pass the pathogen to us through intermediate hosts, like horses and pigs.

So why bats? Let me count the ways.

We will likely never be able to stay ahead of the ever-mutating viruses. A study published in Virus Evolution in 2017 implicated bats on a scale larger than limited outbreaks. Investigators from Columbia University’s Mailman School of Public Health and the University of California, Davis’ One Health Institute in the School of Veterinary Medicine led the project.

Researchers from 20 nations, over 5 years, identified viruses in 19,192 bats, rodents, and primates, including us. They collected samples from places where viruses could easily jump species, such as ecotourism sites, areas of deforestation, and animal sanctuaries. People encroaching on the habitats of mammals that can fly anywhere is a recipe for disease disaster.

They found 100 species of coronaviruses, and that more than 98 percent of the animals harboring them were bats – 282 species in all. Extrapolating for all known bat species suggests that the coronaviruses we know about may be the tip of an iceberg.

Perhaps researchers can zero in on RNA sequences common to all coronaviruses to develop a multipotent vaccine that could be stockpiled and easily provided at the first signs of an outbreak – if those signs can be reported.