Studying the African genome could yield new medical treatments for everyone

This article or excerpt is included in the GLP’s daily curated selection of ideologically diverse news, opinion and analysis of biotechnology innovation.
Dr. Segun Fatumo is a computer scientist with specialization in bioinformatics with keen interest in the “genetic impact of non-communicable diseases in Africa” and bioinformatics capacity building in Africa. He has been involved in various genetic projects including analysing a large-scale genomic dataset from Ugandan population. During his PhD, he was able to “identified twenty-two (22) potential novel drug targets against malaria”. Currently, he is an Assistant Professor at the London School of Hygiene and Tropical Medicine (University of London). Genetic Literacy Project (GLP) interviewed him to shed more light on the importance, challenges and future direction of a recent genetic research that he was a leading author.

As one of the lead authors of your recently published paper, what motivated this research project?

Precision medicine is fundamentally going to change healthcare. Genomic medicines is a key component of precision medicine with enormous potential to inform clinical medicine. One potential limitation to genomic medicine is the underrepresentation of African and other populations in genomics research.  Previous studies have warned that a much broader range of populations should be investigated to avoid genomic medicine being of benefit merely to a “privileged few”. This is especially problematic, as previous studies have shown that Africa studies contribute an outsized number of associations relative to studies of similar sizes in Europeans. To demonstrate the potential of African genomes as a great resource for genomic medicine, we collected and analyzed genome-wide data from 6,407 individuals from Uganda. 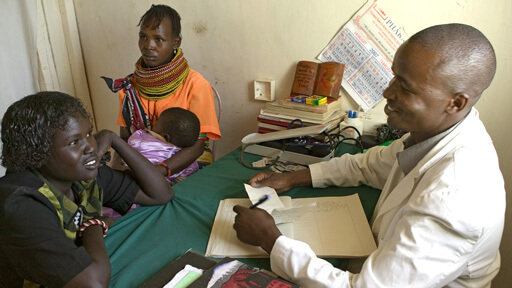 What is the value of collecting more genomic data from African populations – which are badly underrepresented in genomic databases.

Our findings from even modest side studies highlight the importance and usefulness of examining genetically diverse populations within Africa. Findings from large-scale studies from Africa may foster the development of new treatments that will benefit people living in Africa as well as people of African descent around the world.

What sort of challenges did you face in the study, and how did you overcame them?

So many challenges including community engagement, ethics, recruitment, etc. Globally, genomics research and specifically recruitment of participants regardless of the continent is always challenging. However, 60% of Africans live in rural areas. Prospective participants are more likely to be poor and to have limited access to healthcare and education. This means that the carrying out of research in these settings invariably presents challenges of a different order to those in higher income countries. Researchers should not exploit these challenges.

Is the value of this research project beyond Uganda and why?

Yes. Findings from our study may foster the development of new treatments that will benefit people living in Africa as well as people of African descent around the world.

What were the responses that you have received so far about the findings?

Enormous responses. I find it difficult to attend to all media requests.

What is the future direction of the research?

While there is an urgent need to perform large-scale genomic research in Africa, several ongoing initiatives such as H3Africa and the Nigerian 100K Non-Communicable Diseases – Genetic Heritage Study (NCD-GHS) could provide the data to improve the evidence base and make genome medicine useful to diverse populations.

How do you see the future of genetics and bioinformatics in Africa?

I think we are now on the right track. We have established the Nigerian Bioinformatics and Genomics Network (NBGN). There are also other initiatives. We are now focusing on building capacity in Africa.

Olumide Odeyemi is a research scientist with a doctoral degree from the University of Tasmania, Australia. His areas of expertise and interest include food microbiology, microbial food safety and quality, aquaculture microbiology and research communication. Follow him on Twitter @olumide_odeyemi

Dr. Segun Fatumo is an assistant professor of genetic epidemiology and bioinformatics at the London School of Hygiene & Tropical Medicine. Follow him on Twitter @SFatumo