In April of 2014, an outbreak of a disease named after the Ebola River in Congo was reported in Guinea, which spread to neighboring countries Sierra Leone and Liberia. The disease would go on to affect thousands of people and put health authorities around the world on their toes, in the search for a cure.

What have we learned from the Ebola crisis in handling the COVID-19 pandemic today?

The tiny Ebola virus rapidly destroys a human body. It causes a hemorrhagic fever, which means bleeding from all body openings, even the eyes. Fever is sudden, then come sore throat, headache, vomiting, and diarrhea.

[Editor’s note: Emmanuel Gokpolu was in Liberia when Ebola broke out in 2014. During the outbreak, Eman and others led a public health effort to teach the populace how to prevent infection.]

Ebola is one of six species of filoviruses; the genetic material is RNA. The disease affects humans and other primates. Like many viral diseases of humans, bats are the reservoir species.

The virus spreads through direct contact with body fluids, such as blood and semen. Indirect spread may also occur from contact with items recently contaminated with bodily fluids.

The fatality rate of Ebola hemorrhagic fever can reach 90 percent.

I lived through the Ebola epidemic.

On the morning of March 30th, 2014, I woke up to the news of two cases of Ebola virus disease confirmed in Lofa County, a mostly rural part of Liberia that borders Guinea. The World Health Organization (WHO) had just confirmed cases in Guinea, the first an 18-month-old boy from a village who might have been in contact with bats.

Soon five more cases were confirmed in Liberia, all of them dying, and then all went quiet. Most people thought that was the end, but in reality, this was the beginning of a long fight that would kill thousands and leave Liberia’s already fragile health system and economy in shambles.

After the brief silence, Liberia began to report cases weekly, reaching 300 to 400 at the peak of the crisis. Monrovia, the capital, became the epicenter, flashing back to the just-ended 14 years of civil conflict.

Very few hospital facilities were opened to the public and quite often patients couldn’t get access to medical care and would die on hospital floors. Like today, flights stopped coming to Liberia, leading to a shortage in medical supplies, food items, and basic necessities. Healthcare workers were under unprecedented pressure.

The initial reaction from the population was panic, defiance, a host of conspiracy theories and fear for the future.

People who had seen the firsthand effects of the virus were fearful of what lay ahead. Others believed the US government had tested a biological weapon on the African population. The crisis escalated under the slow international response, while denial exposed a lot of people to the virus. 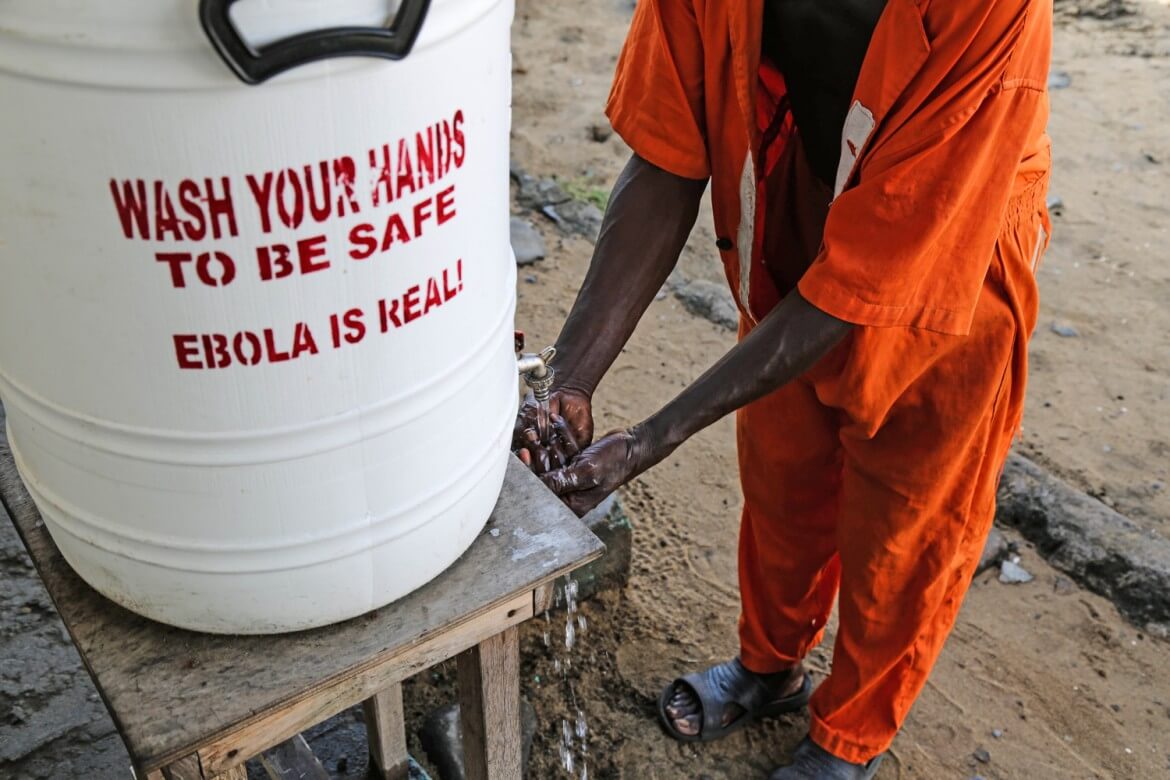 Most countries swiftly closed their borders. Flights were banned, against WHO recommendations. People transiting from infected countries were thoroughly screened and in a few cases quarantined and/or turned back.

Strong surveillance teams coordinated around the globe to make sure the infection did not spill over into their countries. Initially direct aid was delayed, but when it came, it was more than enough. Some countries, such as the US and Cuba, sent specialists to help directly in the fight against the virus.

With help from the international community, and the resilience from the Liberian government under the stewardship of the president at the time, Madam Ellen Johnson Sirleaf, strict protocols were laid out to curtail the outbreak. Among these were:

These measures, along with strong community support and cooperation, helped to significantly reduce the number of cases over a few months. Strong national and international coordination were crucial to defeating the virus. Resources were placed where most needed, bolstering the courage and determination of health workers, who felt safe and better-trained to handle the situation.

The WHO declared COVID-19 a pandemic on March 12, 2020. As cases worldwide exceed one million, the disease has overwhelmed the healthcare systems of many countries and led to lockdowns in others to attempt to contain the spread.

Case-fatality rates are still unknown, because patients with mild cases and carriers who are infected but not affected have yet to be factored in.

SARS-CoV-2, the virus behind COVID-19, spreads easily from close contact and remains active on surfaces. Movement is the driving force behind the pandemic. 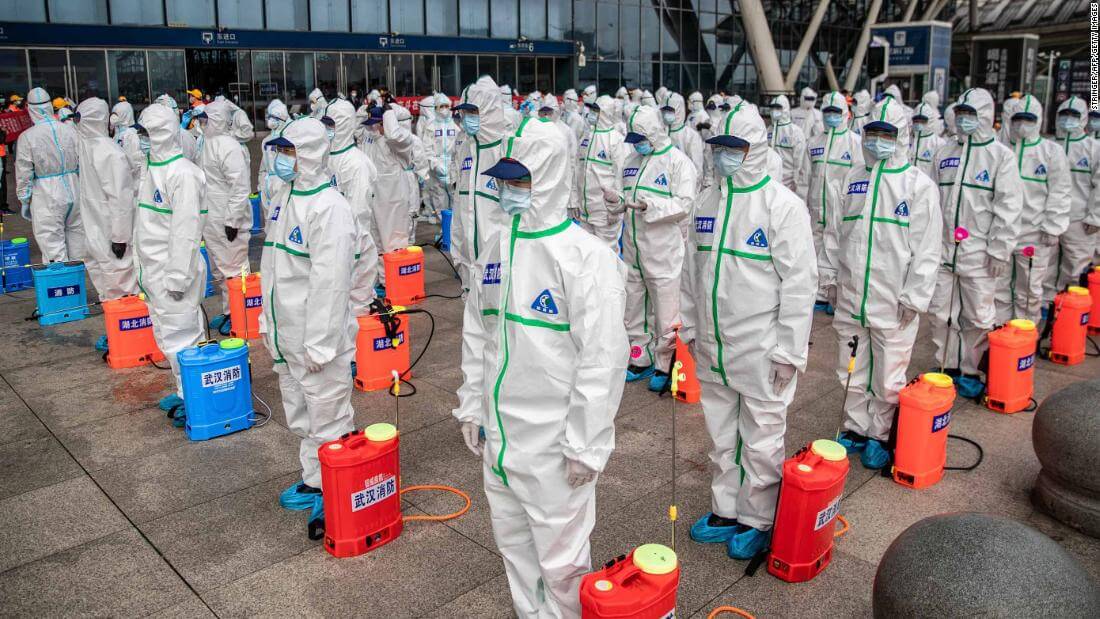 However, strong public health measures, such as isolation, contact tracing and quarantine, can break the chain of infection. The goal of mitigation is to avoid a sudden increase in the number of cases that could overwhelm hospitals and resources.

Although COVID-19 is a pandemic and the Ebola outbreak in Liberia was an epidemic, we can learn a lot from the earlier experience. But have we?

Both COVID-19 and Ebola hemorrhagic fever are transmitted by close contact with infected people and by touching infected surfaces. Both are zoonotic, originating in bats and passed through other mammals, the reservoir species.

Given these similarities, the success of conquering Ebola, and the present dire global situation with COVID-19, here’s a summary of lessons learned from the Ebola crisis that we could use to help tackle COVID-19.

The Ebola outbreak taught us that cooperation and coordination are key. How countries share information about the pattern of the outbreak, its progression in the infected population, and success in halting the spread, are as important as finding treatments. Unfortunately, what we have seen so far is little international cooperation in this fight. Most big countries are using their own methods, providing little information and using the politics of isolation and power against each other.

Contact tracing was useful in halting the Ebola outbreak in Liberia. The WHO defines contact tracing as the identification and follow-up of persons who may have come into contact with an infected person. It is an important part of epidemiologic investigation and active surveillance, and helps to interrupt the transmission of a disease on the premise of early detection and prompt isolation of new cases.

What we are experiencing today with COVID-19 is a partial quarantine in some places, which is producing very few positive results. The safety and well-being of the human race is at stake and governments should not hesitate to employ draconian measures to limit movement and public transportation.

A major disadvantage in detecting the novel coronavirus is that it is transmissible in asymptomatic people. So health authorities need to test as many people as possible. But this is a Herculean task for even the most sophisticated of healthcare systems, which is in turn increasing the number of infected people.

During the Ebola crisis in Liberia, in contrast, isolation and quarantine were followed immediately by testing. Why have we not adopted this approach now?

In our ever-moving world, it seems like a punishment to keep people at home. But that was an effective tool to fight Ebola, and it has worked effectively in most settings.

We must utilize stay-at-home measures against COVID-19. This can be done through more engagement with the public through media tools and showing them how much power they have by just staying home. Every effort to combat the spread of this outbreak will be difficult if the population cannot see reasons to make the sacrifice.

Leadership and protection of health workers

Like the Ebola crisis in which many doctors and nurses died, COVID-19 continues to show how vulnerable health workers are in even the most advanced healthcare settings. We must do more to provide proper protection for these people, because without them we are going nowhere.

There is already a global shortage of doctors and nurses. Losing many healthcare workers to the disease might drop the morale of their co-workers and directly reduce our chances of success against the virus.

Most importantly, our leaders must take responsibility and act as leaders. The “blame games” and worthless speeches must stop now! Leaders have to be accountable and transparent with the information they give us, so as to crush the conspiracy theories that are circulating –as it does in every outbreak of a major disease.

Today, the world is much more interconnected than it was during the 1918 influenza pandemic. If that disease could spread to almost every country, why did we not prepare for the worst? The COVID-19 pandemic has exposed a lot of vulnerability in our healthcare systems, and the compelling need to cooperate on global health matters.

Undoubtedly we will face other outbreaks in the future. Will we remember to use the hard lessons we are learning today?

Emmanuel Gokpolu is in his fifth year of a six-year medical program at Kenya Methodist University School of Medicine in Meru. He aspires to become an infectious disease specialist. He believes that with that knowledge he could work with people in infection prevention and control. Follow him on Twitter @KingZoboi