How insect resistant Bt eggplant has made Bangladesh a global ‘role model’: A photo essay

Brinjal — also known as eggplant, aubergine and talong — is a very popular and important vegetable in South Asia. However, it is subject to frequent and intense attacks by the devastating eggplant fruit and shoot borer (EFSB). The pest is traditionally combatted through the use of potentially dangerous insecticide sprays, but Bangladesh has found a better approach. As part of its efforts to feed a population of 165 million people, Bangladesh has approved the cultivation of Bt brinjal, a variety that has been genetically modified to provide effective protection against EFSB, with the need for pesticides dramatically reduced or eliminated.

Since entering the market in 2014, Bt brinjal has helped smallholder farmers in Bangladesh achieve higher yields, a 60 percent reduction in pesticide costs and a six-fold increase in net returns. The crop has been so successful that the USDA Foreign Agricultural Service recently released a report that hailed Bangladesh as “a role model of acceptance and advancement of modern agricultural biotechnology.”

Related article:  More than one-third of Americans do not know that foods with zero genetically modified ingredients contain genes—and why that matters

In this photo essay, we explain what Bt brinjal is, why it is needed and how it is improving lives. 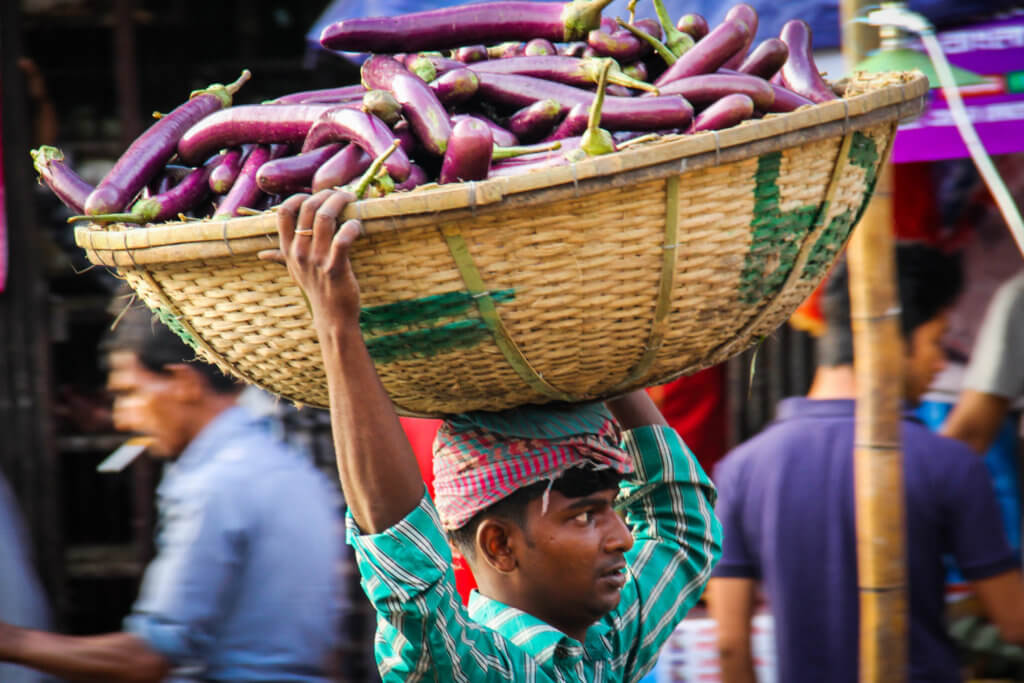 Brinjal (eggplant) is an essential part of Bangladeshi cuisine and one of the country’s most important vegetable crops.