In the Philippines, eggplant farming is a major source of income for thousands of farmers in the eggplant-producing regions in Luzon and Central Visayas.

Despite the crop’s profitability, eggplant farming is suffering from damages brought by pests and diseases, putting farmers, consumers, and the environment at huge risk. Eggplant crops are susceptible to the eggplant fruit and shoot borer (EFSB), a pest that can cause up to 92% yield loss annually. To address the problem brought by EFSB, farmers rely heavily on chemical insecticides. 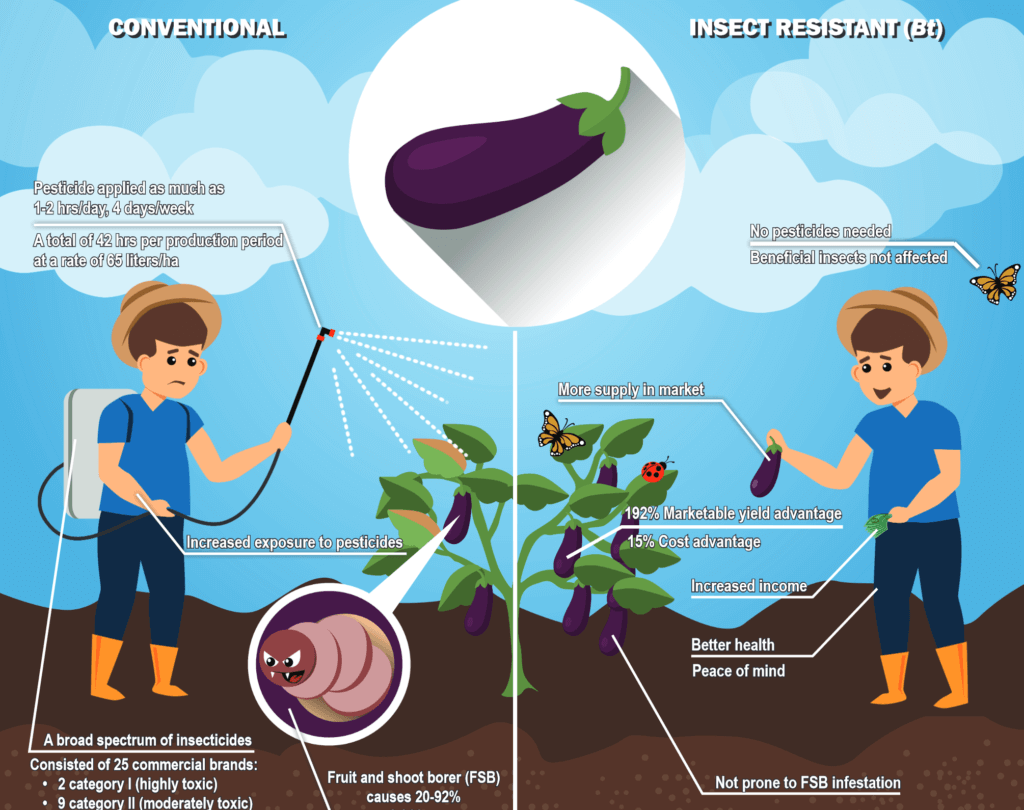 Using Bt insect resistant technology, a team of researchers from the University of the Philippines Los Baños Institute of Plant Breeding developed an insect resistant eggplant that will increase farmer profits and reduce their use of harmful chemical insecticides. If Bt eggplant is grown on a commercial scale in the country, it is expected to boost marketable yield by 192 percent and reduce pesticide application per hectare by 48 percent.