‘Sugar is the villain’: Biohacking and synthetic biology do battle against diabetes and heart disease

By 2030, almost 400,000 Americans a year will die of diabetes – many of them unnecessarily. Synthetic biology companies are working hard to ensure that’s not the case. Here’s a look into the next generation of continuous glucose monitoring systems and low-calorie sugar alternatives set to change the outlook for health in the U.S. and worldwide.

Diabetes is a health crisis on the rise with no signs of slowing down any time soon. By 2030, 54.9 million Americans are predicted to have either Type 1 or Type 2 diabetes, which could mean almost 400,000 deaths annually. Many of these deaths are entirely preventable, with lifestyle factors such as body weight being a huge contributing factor in developing Type 2 diabetes.

Sugar is a major villain in the story. The high calorie, high kick sweetness that pervades our fast food and fizzy beverages—even sneaking into products that you’d never expect. Thought that granola for breakfast was a healthy option? Think again. It can be laden with sugar, up to 18 grams (that’s more than five teaspoons) per half-cup serving. 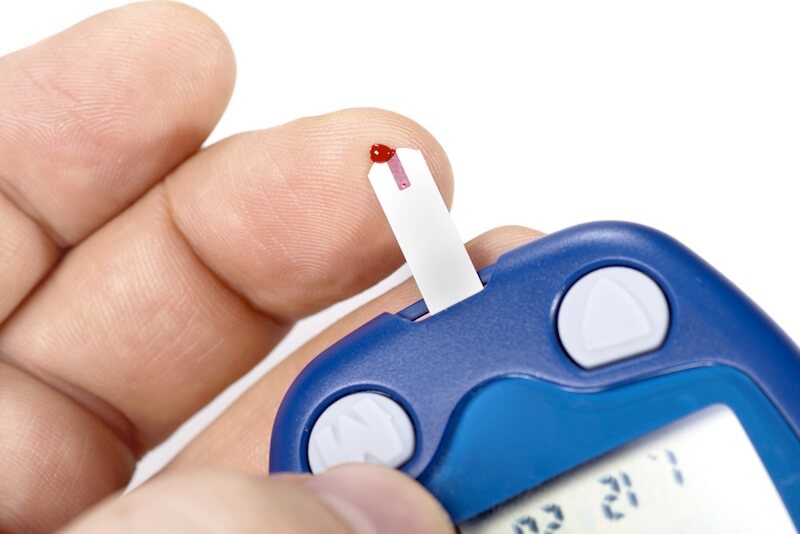 We don’t know for sure all the mechanisms behind how we develop Type 2 diabetes, but we do know that the global prevalence has doubled since 1980 – and lifestyle is largely to blame. That’s where biohackers and synthetic biology companies are stepping in.

Biohacking — also known as DIY biology — is a broad term that refers to people doing science outside of the usual academic and industrial settings. It can cover anything from exploring biological engineering through glowing yeast cells to experimenting on one’s own body with the hope of boosting physical and cognitive performance (the latter of which I do not recommend).

Always forward thinking, biohackers are taking things into their own hands, attempting to head off disaster before it arrives at their front doors. A favorite tool is continuous glucose monitoring (CGM), a much preferable alternative to finger pricking that’s normally used by those with diabetes. Unlike finger pricking, it also provides continuous read-outs of blood glucose levels rather than single point-in-time readings, providing people a better understanding of how their body responds to food, exercise, or stress, and enabling them to catch dangerous drops in blood sugar before they happen.

Biohacker Ella Mihov wrote on her Medium blog that “most people in developed countries would benefit from the occasional insights of CGM, to see how your average diet and lifestyle is impacting your metabolism, and as a way to thwart progression toward chronic metabolic disease like obesity and diabetes.”

Mihov is far from alone in this pursuit. The internet is teeming with examples rich in information for anyone wanting to hack and track their blood glucose levels. In combination with innovations such as Eran Segal’s groundbreaking microbiome-based method, which uses metrics on an individual’s gut microbiota, blood glucose levels, and other physiological parameters to give users diet plans that avoid sugar spikes, such information really could help reduce the huge numbers of people who present with Type 2 diabetes in the long run.

Yet, even with enthusiastic adoption, the reality for Type 2 diabetics is that current CGM solutions cause pain and discomfort after repeated use, as well as posing an infection risk, according to a recent review of the current options.

In fact, the authors suggest that a “genuinely non-invasive device for glucose measurement would represent a life-changing factor for millions of patients around the world.” Due to a lack of sensitivity of truly non-invasive options, the field is “open to many possibilities.”

Enter Carbometrics, a specialist chemistry company set up after the Bristol-based team sold university spin-out Ziylo in a deal that could be worth hundreds of millions of pounds, which is at the forefront of an incredibly disruptive new blood glucose-sensing solution: a tiny, glucose-sensing molecule that will minimize the size of an implant while providing accurate monitoring.

As Andy Chapman, CEO of Carbometrics, tells me, “we’ve developed a synthetic molecule that binds glucose with unprecedented selectivity. With some clever design work, we can build versions of this molecule to determine blood glucose concentration. We’re really keen to get it out there as a minimally invasive, longer lasting and cheaper solution for blood glucose sensing.”

The realization of this technology would represent a breakthrough in developing that next generation of CGM the world is crying out for. The current options work for a matter of days, perhaps weeks. Carbometrics propose something much longer-lasting, which could perhaps self-dissolve like stitches – exciting news for diabetics and biohackers alike.

The company is also excited about taking on what is labelled the “holy grail’ when it comes to diabetes: glucose-responsive insulin. This cutting edge idea in insulin therapy hopes to reduce the very real risk of hypoglycemia, improve overall blood glucose control, and require fewer injections.

“We’re trying to use our molecule to make a dimmer switch for insulin that is controlled by blood glucose level,” says Chapman. “The net result would be a substantial buffering of insulin’s potency, which would allow the patient to achieve better blood glucose control with a reduced risk of hypoglycemia. It’s a massively complicated task, but we have the machinery and the concept.” 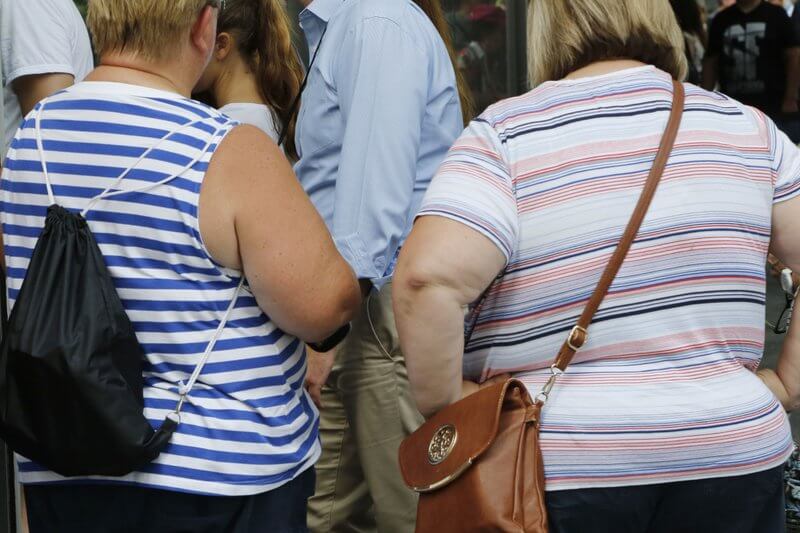 Interestingly, as far as we know, sugar itself doesn’t appear to directly cause Type 2 diabetes. But a diet high in added sugar does appear to increase your risk of developing the disease, as a number of studies indicate that have looked at the effect of sugary soda beverages.

So what about cutting out sugar from your diet and replacing it with alternatives? You’d better hope they’re the right alternatives.

Artificial sweeteners have been associated with the very same negative effects of sugar: obesity, diabetes, high blood pressure, and heart disease. Research suggests that this could be due to changes in the gut microbiota—the microorganisms that live in your gastrointestinal tract, digesting fiber, producing vitamins, and warding off pathogens.

Stevia is a natural alternative, which research in mice suggests could even help prevent Type 2 diabetes in the first place, through action on a protein that is important both in taste perception and in releasing insulin after a meal.

Stevia is super sweet but unfortunately has a bitter aftertaste. Some synthetic biology companies are tackling this problem. Conagen, who after breaking stevia down into its different components are finding solutions that are much sweeter, such as their commercial product BESTEVIA®. Amyris late last year launched a similar product, PURECANE™, which CEO John Melo says “brings the sweet out of sugarcane without the calories.” And the protein and enzyme experts at Codexis have partnered with Tate & Lyle to use a breakthrough enzyme cascade system to achieve better-tasting stevia in TASTEVA® M Stevia Sweetener.

“The collaboration to develop jointly the breakthrough TASTEVA® M process is the second successful food and beverage ingredient process innovation partnership between Tate & Lyle and Codexis,” said John Nicols, Codexis President and Chief Executive Officer. “Each of those projects rapidly progressed from concept to commercializable process and, in fact, partnering on the TASTEVA® M process was initiated just over two years ago (link). We expect over time that our enzymes for TASTEVA® M will become among our leading revenue-producing products in our Performance Enzyme portfolio.”

Where Conagen, Codexis, and Amyris are improving Stevia, other companies are exploring yet more options. ARCITEKBio is a UK-based spin out of Aberystwyth University producing Xylitol—another natural sweetener with a $1.4 billion market—through converting agricultural waste such as wheat straw and wood pulp in an entirely renewable process.

Where even natural sweeteners struggle, however, is maintaining the structural integrity of solid foods such as cakes and pastries, which are another major source of high dietary sugar intake. STEM! Sugar, therefore, is working on ways to tackle that particular problem by developing alternatives to sugar that provide the functionality without the calories.

“The sugar problem is not necessarily a problem of excess sugar but using the wrong type of sugars. Our ingredients are indeed sugars, but they’re a different type of sugars to those you squeeze out of a cane or beet plant. Our sugars are fiber-derived sugars,” CEO Tom Simmons explains. “They behave like sugars in food but work in the body like fiber – so without the negative health effects typically associated with sugar.”

Even cakes, quite soon, might be an entirely guilt-free pleasure.

Whether you’re a health conscious biohacker trying to prevent Type 2 diabetes or a patient living with the realities of having to monitor and control your blood sugar levels, these synthetic biology solutions point towards a much better prognosis.

With an increased acceptance of the deliciously sweet, zero-calorie alternatives already pervading the market, it will be interesting to see whether those predictions of 54.9 million Americans presenting with diabetes in ten years’ time will be diminished as we enter into a healthier, sugar-free future.

John Cumbers is the founder and CEO of SynBioBeta, the leading community of innovators, investors, engineers, and thinkers who share a passion for using synthetic biology to build a better, more sustainable universe. He is a former bioengineer at NASA and earned his PhD in Molecular Biology, Cell Biology, and Biochemistry from Brown University. Follow him on Twitter @SynBioBeta or @johncumbers

A version of this article was originally published at Forbes and has been republished here with permission. Follow the site on Twitter @Forbes