“I try to look and see where the evidence takes me.” Does this statement sound reasonable? If I told you it came from me, you might not bat an eyelash, but these words were spoken by Robert F. Kennedy Jr., a famous antivaxxer, during his keynote address for the AutismOne virtual conference. Pseudoscience is insidious because it steals the very concepts that we promote in science and claims to abide by them, and there was a lot of pseudoscience at AutismOne’s conference this year. Truth be told, that’s seemingly all there is every year.

AutismOne is a non-profit charity organization in the United States which organizes an annual conference that attracts people who think autism “is the result of environmental triggers”, which usually translates to “vaccines.” It is thus ironic that the live conference, supposed to take place in Chicago, was cancelled on account of a disease that could one day be prevented but for which there is no vaccine at the moment.

The whole dog and pony show moved online and was free to attend, so I watched a number of talks, panel discussions and a documentary they were screening. Two Montrealers spoke at the conference: Concordia’s Geneviève Rail, who falsely asserted that Canadian women were more likely to die from a lightning strike than from vaccine-preventable cervical cancer (with 9-10 deaths from lightning strikes each year and 410 deaths from cervical cancer in 2019, I don’t know where she is getting her statistics), and McGill’s own Paul Héroux, who claimed during a talk marred by major technical issues that probable links exist between autism and electromagnetic fields. After all, diagnoses of autism went up in the 1980s at the same time, he told us, as microwave ovens reached Western households. I wish I was joking.

In a way, conferences like AutismOne’s are weathervanes of pseudoscience, showing you the direction of the wind and what sort of hurricane of hot air we may expect in the coming months. And because their speakers feel safe, they have a way of ditching the media-friendly rhetoric and of admitting what they really believe. To be fair, there is room to criticize the pharmaceutical industry, but when the anti-vaccine movement takes over the discussion, genuine concerns get stretched out in the service of an ideology fed by lies.

Don’t trust them; trust me

Feelings of persecution are very common in the anti-vaccination community, and nowhere were those feelings more palpable than during the virtual screening of the movie Vaxxed II: The People’s Truth. The entire narrative of the documentary is grounded in the reinterpreted story of what happened to the first film, Vaxxed, when it was scheduled to be screened at the Tribeca Film Festival. Its cancellation due to public outcry over the fact that it was a piece of propaganda for a wholly discredited hypothesis borne out of scientific fraud gets reshaped by its sequel as an attempt to silence the truth. So an RV decked out in the colours of the movie poster starts touring the nation, collecting signatures on its black exterior and repetitive testimonies on tape. These stories can all be summed up as “my kid was perfectly healthy, then came the vaccines, and now my child is a shell.” The problem with this reasoning is that the clinical signs of autism tend to become visible around the time when childhood immunizations are administered. Vaccines simply do not cause autism, but watching this documentary with its parade of teary-eyed parents and of pseudoscientific experts, it’s easy to forget the science. 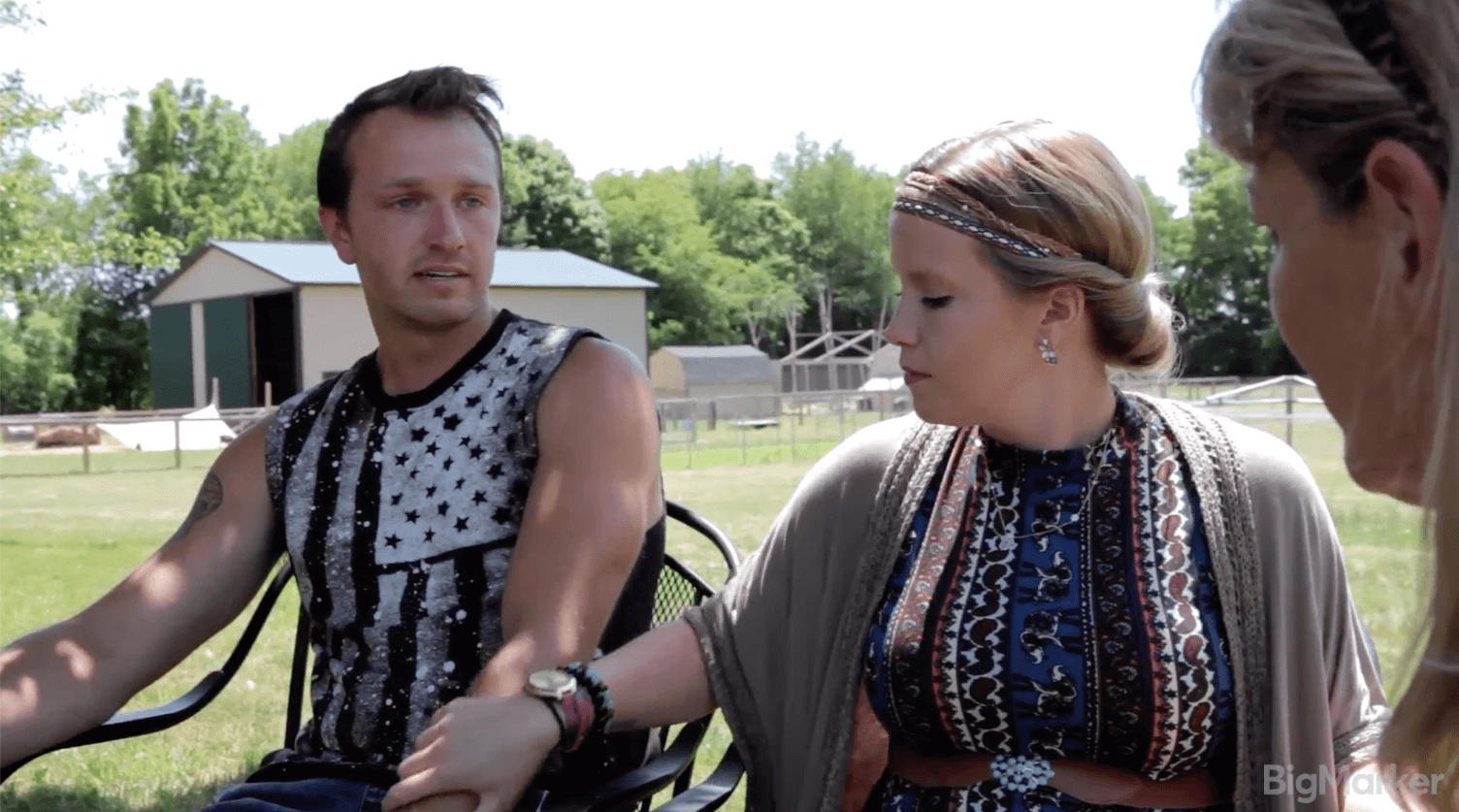 Trusting antivaxxers is only one half of their mission: distrust of mainstream sources of information is needed as well. Robert Kennedy’s pre-recorded address asked its viewers not to believe journalists (CNN is not honest with you and suppresses information, he said), not to believe the WHO (Bill Gates has made it his agency, we were told), and definitely not to believe Bill Gates himself, whose vaccination program, Kennedy claimed, killed thousands and thousands of kids. This one-hour fire-hosing session culminated in Kennedy’s grand conspiracy: that Dr. Anthony Fauci’s experiments in teaching viruses to infect human bodies got moved to Wuhan, China, where his scientists created the new coronavirus thanks to Bill Gates’ money, and the virus was released upon the world. “If true,” Kennedy said, covering his bases, “shouldn’t we know that?” Kennedy spun yarns, rumours, and conjectures into an all-encompassing conspiracy but stopped short of fully endorsing it. Apparently, you can’t be a fool if you’re “just asking questions.”

While Kennedy was arguably the biggest name to speak at the conference, he was overshadowed by the real star of the event: the HPV vaccine.

Related article:  Developing vaccines that train our innate immune system to be stronger

It’s hard to overstate the unjustified anger levelled at this vaccine during the conference. Kennedy himself said during Vaxxed II that “Gardasil is among the most injurious vaccine made in the USA, probably the single worst vaccine we have ever seen.” Judy Mikovits, the disgraced scientist who starred in the viral propaganda clip from Plandemic a few weeks ago, gave a revealing talk at the AutismOne conference this year on the topic of Gardasil. Her thesis is that the vaccine is full of gross contaminants–detergents, animal cells, titanium–which are causing all sorts of diseases in its recipients, including chronic Lyme disease which is a fake diagnosis to begin with. She may appear credible, having been an actual lab scientist, but her mouse cursor revealed during her talk that a hyperlink on one of her slides was literally to the Wikipedia page on inflammation.

Mikovits is a prime example of the bait-and-switch maneuver antivaxxers have perfected. On more mainstream platforms, they will advocate for safer vaccines but when surrounded by their peers, they will reveal that they hate vaccines and want them gone. During the Q&A following Mikovits’ talk, she blurted out that “there is no vaccine on the schedule for children that’s been tested safe or where benefits outweigh the risks, and as adults there isn’t any shot–there is no safe vaccine on the schedule.” She wants a moratorium on all vaccines so they can be tested for safety, and while vaccines are off the market, she says we will see that we never needed them in the first place because we have “God-given immunity.” Activists like Mikovits are not “for vaccine safety”; they are literally anti-vaccine.

It’s hard to put into words how persuasive the mere bathing in this misinformation for a few days can be, as lies get repeated, dense slides are presented and rational beliefs get chipped away by random assertions. Quarantine, Kennedy said, is a training exercise in compliance. The retractions of scientific papers, Mikovits claimed, has nothing to do with fraud; it’s that the government didn’t want the information out. This coronavirus does not cause the disease, Mikovits also asserted.

While the HPV vaccine was the current object of their wrath, there were numerous digs at a potential COVID-19 vaccine. Brian Hooker, an anti-vaccine professor at a Christian university, asserted during his talk that coronaviruses mutate rapidly so vaccines won’t work (not true: this coronavirus does not mutate very quickly). Meanwhile, Kennedy reassured his viewers that most of the Italians who died during the pandemic died of isolation. After dumping disinformation in the viewers’ lap, many speakers tried to mobilize them for their agenda. Kennedy invited people to hand out cards from his anti-vaccine organization to women pushing strollers on the streets. “You need to be recruiting twenty-four hours a day,” he said. More than that, he encouraged his fellow antivaxxers to run for school board positions and for political office. Pro-vaccine voices are Goliaths, and Kennedy and his fellow activists want to make sure their Davids have their slings in hand.

In their eyes, this is a revolutionary war where they are at once the oppressed minority and the ultimate heroes, where tragic narratives that conflate associations with causations are weaponized, where distrust is sown liberally by speculating about Dr. Fauci, 5G, and the CDC. Public health officials will have to step up their game to deal with the spread of these ideas.

And if you think I’m exaggerating about the depths of the delusions of the anti-vaccine movement, I will leave you with Robert Kennedy Jr.’s final words at the end of his keynote address: “I’ll see you on the barricades.”