An ER physician says doctors have to consider biological sex to properly care for their patients. Coffee can send some people to the bathroom—but probably not for the reason we’ve been led to believe. AI-powered text generators can write realistic news stories, fueling concerns that the technology will encourage the spread of misinformation online.

The problem runs through our health care system, affecting millions of patients, and stems from the fact that doctors often prescribe multiple medications to female patients without recognizing “female sex as an independent risk factor for serious drug interactions,” McGregor notes. This occurs because women are more likely to have multiple physicians prescribing medications, each possibly unaware of all the relevant drugs unless the patient reports them.

Is there a way to correct the situation and prevent needless suffering?

Scientists and educators spend a considerable amount of time combating the spread of misinformation online, and their jobs may get much harder in the coming years as text generators powered by artificial intelligence become more widely used. These applications can perform word association, answer questions and, perhaps most importantly, comprehend related concepts. 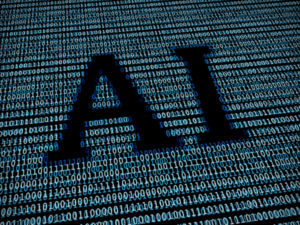 The latest iteration of the technology developed by OpenAI was able to write 200-500 word sample news articles that were difficult to distinguish from news reports written by humans. There are some inherent risks in the technology, but AI-powered text generators are also poised to do a lot of good.

It’s a common joke you’ve probably heard in your favorite movie or TV show: that first morning cup of coffee makes you poop. While it may not be as universal as implied by pop culture, this reaction to coffee is real. Caffeine might be one of the culprits. However, multiple (albeit small) studies show that coffee stimulates several physiological responses that can send you to the bathroom in short order.

Related article:  Can these turtle embryos change their sex by finding warmer or cooler spots within their eggs?