This article or excerpt is included in the GLP’s daily curated selection of ideologically diverse news, opinion and analysis of biotechnology innovation.
[A] paper by 23andMe researchers leveraged genetic data from close to 50,000 people to detail one of the most comprehensive investigations of the transatlantic slave trade ever done.

The study confirms genetic links between regions in the Americas with areas along the Atlantic coast of Africa that align with routes of known slave voyages documented in shipping records.

“It’s important that we understand the rich history and contributions of African people and their descendants, to the culture and history not only of the United States but also to all the Americas. In looking at the genetic landscape that resulted from this forced migration, one gets a deep and profound sense of the continuous hardships people of African descent have endured,” [researcher Steven Micheletti said.]

And the analysis yielded insights into other brutal practices of slavery, one that impacted the lifespan of male slaves and the sexual exploitation of women.

The report confirmed what other studies have shown: a bias towards African female contributions to the gene pools of the Americas due to generations of rape and exploitation. The study found that this was particularly stark in Central America and South America. 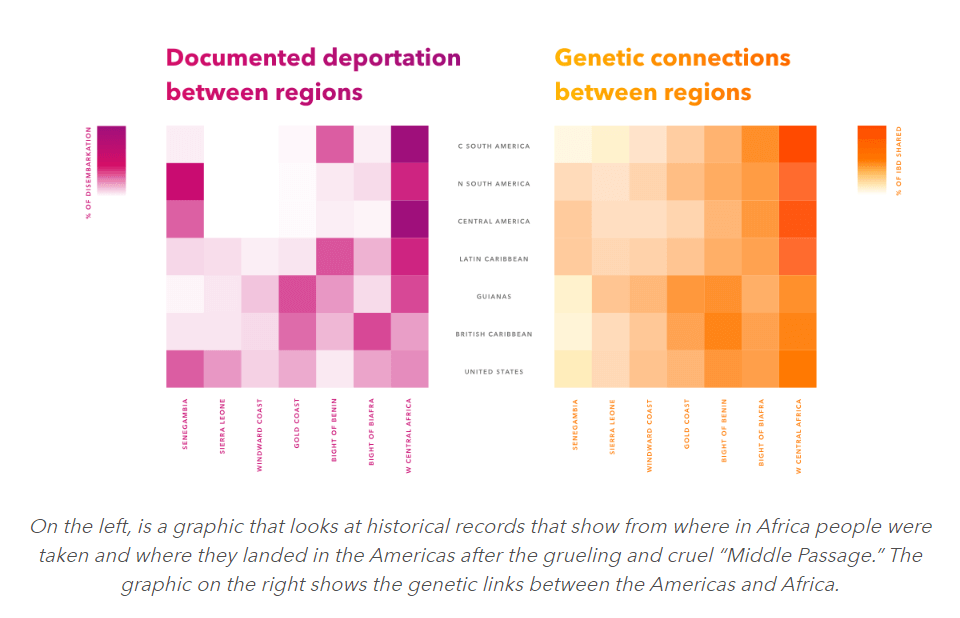