“That Sweden has come down to these levels is very promising,” state epidemiologist Anders Tegnell told reporters in Stockholm on [July 28].

The Health Agency of Sweden says that since hitting a peak in late June, the infection rate has fallen sharply. That’s amid an increase in testing over the period. “The curves are going down and the curves for the seriously ill are beginning to approach zero,” Tegnell said.

The development follows months of controversy over Sweden’s decision to avoid a full lockdown. The unusual strategy coincided with a much higher Covid-19 mortality rate than elsewhere in the Nordic region. Per 100,000, Swedish deaths even exceeded those in the U.S. and Brazil.

“With numbers diminishing very quickly in Sweden, we see no point in wearing a face mask in Sweden, not even on public transport,” he said.

Tegnell has consistently argued that Sweden’s approach is more sustainable than the sudden lockdowns imposed elsewhere. With the risk that Covid-19 might be around for years, he says completely shutting down society isn’t a long-term option. 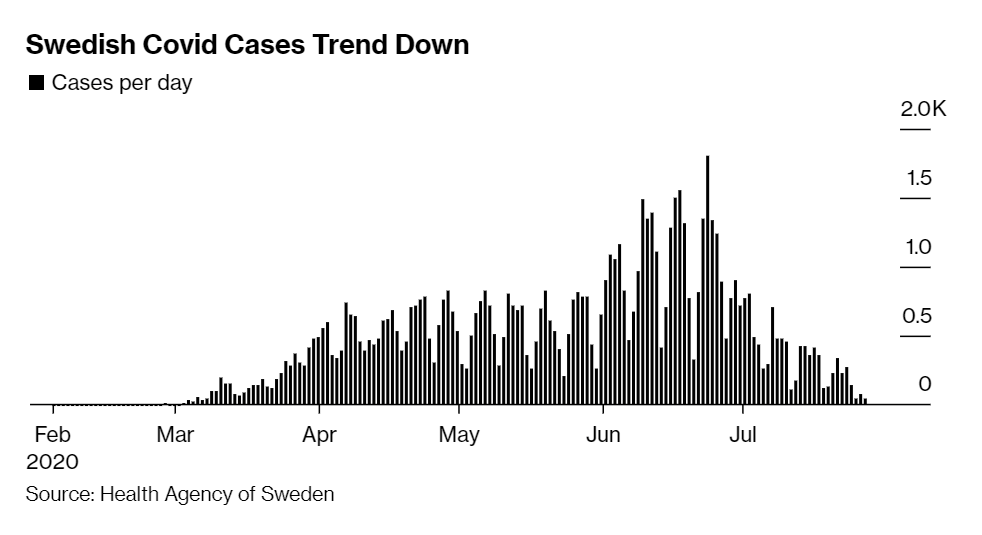