This article or excerpt is included in the GLP’s daily curated selection of ideologically diverse news, opinion and analysis of biotechnology innovation.
Spread by food contaminated by the feces or urine of disease-carrying rodents and endemic to Sierra Leone, Liberia, Guinea and Nigeria in West Africa, Lassa fever infects an estimated 100,000-300,000 people annually and kills 5,000 of them. Symptoms can range from a mild, undiagnosed fever to hemorrhaging, hearing loss, encephalitis and multi-organ failure. 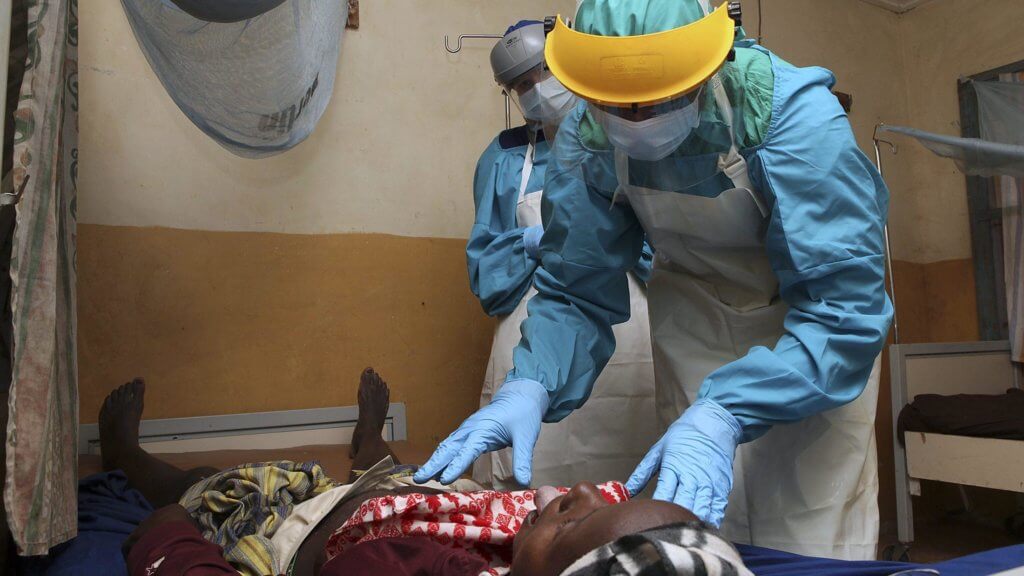 Despite its crippling and sometimes deadly effects, odds are you hadn’t heard of this viral illness until now. That’s because Lassa fever is one of many neglected tropical diseases (NTDs) that are largely overlooked by the medical establishment — but which impact more than one billion poor people who lack the financial resources and infrastructure to protect themselves. 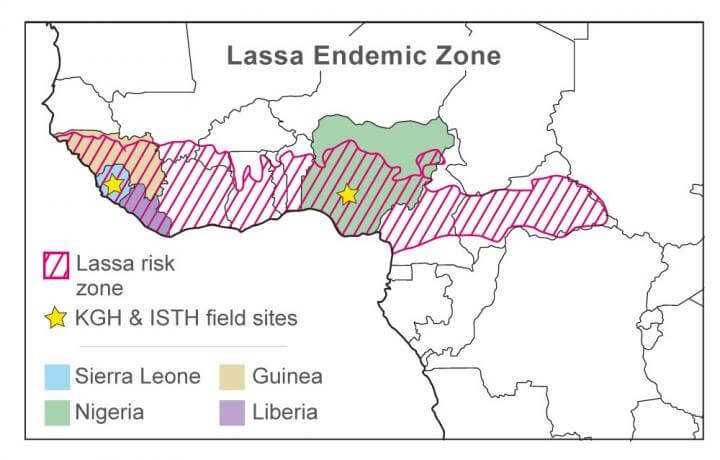 As COVID-19 rapidly spread across the world, many public health experts feared sub-Saharan Africa was woefully unprepared. The vast majority of the world’s poorest people reside in the region, which is bedeviled by unhygienic environments, conflict, unstructured healthcare systems, illiteracy, dysfunctional leadership and the deleterious effects of climate change — all factors that facilitate the spread of infectious disease. The situation was especially concerning given how severely coronavirus struck developed countries, presumably better equipped to mitigate the pandemic. But while devastating, COVID has not been as deadly as feared.  One million COVID-19 cases and just over 21,000 deaths have been recorded in Africa, far less than in many other regions in the world.

The elevated concern for Africa and the redeployment of health dollars to address the coronavirus were well meaning, but those efforts have overshadowed a far more pressing health concern: the perennial challenge of tropical diseases, which have bedeviled the continent for hundreds of years. In the short term, this diversion was an unavoidable trade off in the ongoing battle to quell a novel, deadly virus. The question remains: how will the COVID diversion impact longer-term health challenges?

The structural deficits that left the region ill-equipped to confront COVID have focused a spotlight on Africa, which could redound to the region’s advantage as it confronts infectious diseases. NTDs perpetuate poverty by impairing the cognitive growth and physical health of young children, disrupting their development into productive members of society and ultimately costing African nations $52 billion in economic productivity every decade. The diseases mainly occur in remote regions where wild animals and livestock can easily transmit infections to humans. Natural water sources are also rife with disease-causing microbes and sanitation services are largely underdeveloped or non-existent. A few urban areas have stable water supplies, though there is still no guarantee that these are pure enough for drinking. 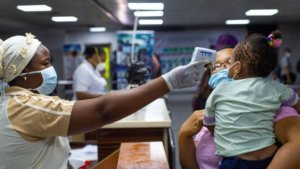 For now, the battle against NTDs is little more than a vicious cycle in which people can only beat the diseases by escaping poverty, but they can’t escape poverty because they are plagued by malnutrition and disease. In the words of Dr. Dirk Engels, World Health Organization (WHO) director of control of NTDs, “There is no group of diseases that is so intimately linked to poverty.”

The pandemic currently ravaging the globe has illustrated in deadly terms why nations need established pharmaceutical industries that can rapidly research, development and commercialize treatments and vaccines for novel diseases. Unfortunately, Africa has no such infrastructure, as most drugs and pharmaceutical supplies Africans consume are imported from Asian countries with nearly 20 percent coming from India alone. A lack of skilled personnel, high energy costs, inconsistent government policies, and currency fluctuations that distort the prices of imported raw materials all stifle the growth of a pharmaceutical industry that could cut Africa’s dependence on imported medicine. 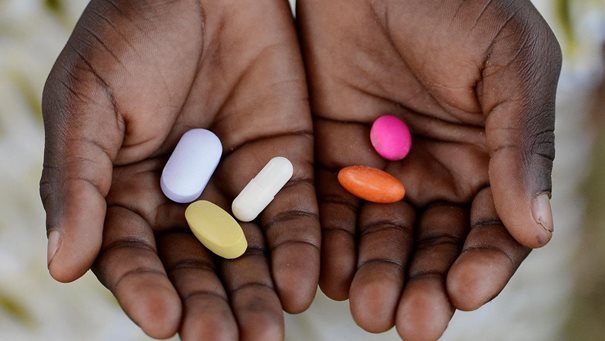 The lack of a support base for skilled scientists is perhaps the biggest obstacle preventing African countries from solving the problem. And it’s exacerbated by a massive exodus of highly skilled people from Nigeria to Canada, which leaves a dearth of professionals to carry out research, development, production and commercialization of needed medicines.

This devastating brain drain is occurring as Africa’s population is exploding. Africa is projected to have more young people than any other continent by 2100. With birth rates skyrocketing as high as 7.1 children per woman (in Niger Republic), it is imperative that sub-Saharan African countries develop the industries that can meet their needs, especially as the rest of the world grows increasingly nationalistic  as the race for a COVID 19 vaccine accelerates.

Costs are another challenge. Developing a drug is a long, complex process that can carry a $2.6 billion price tag from start to finish. This economic reality incentivizes pharmaceutical firms to invest in diseases that afflict wealthier nations, where staggering R&D costs can be recouped with expensive, blockbuster drugs. These drugs, just like every other medication, go through a painstaking review process that can take a decade, meaning that each new medication ties up significant resources that can’t be invested in other projects.

Given these circumstances, the blockbuster-drug formula is a rational strategy to pursue for companies that must answer to shareholders, pay employees, and reinvest in new drug discovery to remain profitable, but that model fails Africa. The continent has been deprived of life-saving medicines—not because pharmaceutical firms do not want to sell to Africans, but because the companies cannot make back their investments. As a result, diseases that mainly affect Africans are neglected.

Notwithstanding the financial difficulties limiting drug development for Africa, philanthropies, international organizations, and even drug companies have made efforts over the years to stem the tide of NTDs. OneWorld Health, an NGO partly funded by the Gates Foundation, conducts research for drugs against hookworm and visceral leishmaniasis, a parasitic disease that attacks the spleen, liver and bone marrow. Other organizations with similar missions include PATH and the Sabin Vaccine Institute. These are admirable efforts to be sure, but charity isn’t a sustainable solution as Africa’s population continues its rapid growth. 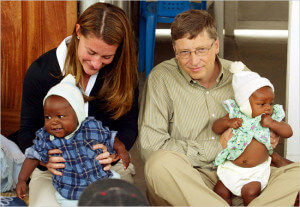 Since wealth incentivizes drug development, countries on the continent can chart their own course by investing in scientific research and technology, attracting back skilled workers who left Africa for greener pastures. This development process is underway with more countries embracing market-based reforms that have cut the poverty rate since 1990, the World Bank reports.

Still, there is a long way to go. Africa produces a meager three percent of global GDP and the majority of poor countries in the world are located on the continent. Limited financial resources have often been spent on temporary solutions to problems that can only be overcome by sustained economic growth. Until political and economic shifts occur, Africa will continue to be plagued by the scourges of tropical diseases and ineffective leadership.

Uchechi Moses is an aspiring plant scientist based in Akwa Ibom State in Nigeria. He holds a BSc in genetics and biotechnology and writes about how capitalism and science can provide food security and prosperity for the next generation of Africans. Follow him on Twitter: @Uchechi59