This article or excerpt is included in the GLP’s daily curated selection of ideologically diverse news, opinion and analysis of biotechnology innovation.
Actress Cameron Diaz and fashion entrepreneur Katherine Power are marketing a new brand of “clean” wine using long-debunked claims about the benefits of organic farming. The FDA has temporarily halted the approval of a gene therapy for hemophilia A, claiming it needs more data to confirm the drug’s efficacy. Seasonal flu vaccines offer short-lived immunity, and a new study may help explain why—bringing us a little closer to a “universal” immunization that works year after year.

Food manufacturers love buzzwords. “Non-GMO,” “Certified Organic” and “All Natural” labels adorn thousands of items in US grocery stores, even though such marketing claims don’t mean these foods are any safer or more nutritious. Wine hasn’t been spared this labeling bonanza, and the latest fad is so-called “clean wine.” What is clean wine, exactly? According to organic wine importer Natural Merchants, there is no such thing, legally speaking:

Nope, not a thing. Clean wine has no legal definition, nor does is carry any sort of certification declaring that the wine is indeed “clean.”

But that doesn’t stop winemakers, including celebrities like Cameron Diaz and Katherine Power, from marketing their “clean” label when in fact they use all sorts of chemical additives found in normal wines. The pair also claim to use organic (and thus pesticide-free grapes), but even this is no guarantee since many organic vineyards have to use fungicides. Because these chemicals can be rather toxic, some vineyards in recent years have even given up their “organic” certification in order to pursue more sustainable growing methods.

Patients suffering from a rare blood clotting-disorder called hemophilia A eagerly expected the FDA to green light a one-time gene therapy for the condition, known as Roctavian, in late August. Clinical trials of Roctavian yielded promising results, but FDA regulators feared the gene therapy wouldn’t be the one-and-done treatment everyone anticipated and asked the manufacture for more data before approving the drug. What motivated the FDA’s decision, and what does the delay mean for hemophilia A patients? 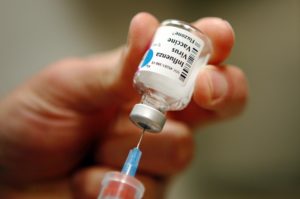 We need a new flu vaccine every year, in part because the virus mutates regularly and can’t be defeated with the same immunization. But vaccine manufacturers are also bedeviled by the fact that flu vaccines provide rather short-lived immunity, offering far less protection than many childhood shots.

According to a study just published in the journal Science, this is because antibodies spurred into production by the vaccine generally don’t last longer than a year. “We could see that these new antibodies expanded in the bone marrow one month after vaccination and then contracted after one year,” study co-author and Emory Vaccine Center director Rafi Ahmed said. “What this shows is that just getting to the bone marrow is not enough. A plasma cell has to find a niche within the bone marrow and establish itself and undergo gene expression and metabolism changes that promote longevity.”

There are still more questions to be answered about how our immune system reacts to flu vaccines, but the findings could aid researchers who are working to develop a “universal” immunization that provides long-lasting protection against the flu.