This article or excerpt is included in the GLP’s daily curated selection of ideologically diverse news, opinion and analysis of biotechnology innovation.
In a year devastated by locust plagues, the COVID-19 pandemic, and massive flooding that displaced over a hundred thousand people and left nearly 200 dead, Kenyans have to take their good news where they can find it — even if it promises to be short-lived.

After an unconscionably slow start battling the locust infestations ravaging Kenyan farms, the UN Food and Agriculture Organization ( FAO) recently announced that it had scored important, but unfortunately limited, gains against the destructive insects. At the end of July, the second wave of locusts had been beaten back in all but two of the twenty-nine Kenyan counties infested in February.

Unfortunately, the pests are highly mobile. Locusts are still swarming out of control in neighboring Somalia and Ethiopia, which is being reinfested by swarms migrating from Kenya, and FAO says it expects summer breeding in Eritrea and Sudan. The locusts, which originally migrated from Yemen have now spread across not just Africa, but much of the middle East and India as well.

Worse, the third generation of locusts is predicted to be even larger and more difficult to control. Experts fear that the locusts now breeding in the Sudan desert will migrate west across the nations of Africa’s Sahel region — countries such as Chad, Niger, Mali and Burkina Faso — which are not only some of the poorest on earth but also some of the most politically unstable.

FAO’s limited success in Kenya relied on a combination of luck — fortunate weather affecting locust breeding grounds — and its reluctant and too long-in-coming decision to embrace aerial spraying of the very pesticides they had spent the previous seven years demonizing while working hand-in-glove with activists to convince African countries to ban them. As the US Ambassador to the FAO, Kip Tom, recently noted, the organization had known of the developing plague at least half a year before it began serious efforts at eradication, and it was the organization’s inaction in those critical early months that allowed the plague to escalate out of control. As Ambassador Tom and this column has pointed out:

One reason Africa wasn’t prepared for the locusts is that the FAO spent the seven years of Graziano’s reign actively campaigning alongside agroecology activists to convince government leaders to ban pesticides and use “natural,” organic methods instead. Even as swarms landed in Kenya last June, government ministers at a conference in Nairobi were being told at the launching of a FAO “Scaling up Agroecology” initiative that GMOs cause cancer, pesticides make men infertile, and other debunked claims widely propagated by fringe groups promoting themselves as environmentalists.

The FAO has, for the moment at least, pulled back from this overt anti-pesticides stance, but its activist allies – supported by EU-sponsored NGOs – have hardly let an unprecedented plague and the threat of mass starvation interfere with their ideological crusade. The German Green Party supported Route to Food Initiative (RTFI) and its allies is once again ramping up its demand that Kenya’s parliament ban as many as 262 pesticides and other substances used to protect crops – including pesticides the FAO recommends to control locusts, save lives and food supplies.

This current attack on Kenyan agriculture by RTFI and allies like the Kenyan Organic Agricultural Network, and others, is part of an on-going hit and run fear campaign. Anti-technology activists know well how to add flash and mass appeal to their disingenuous campaigns. Recently, for instance, they enlisted international soccer star, Allan Wanga, and media personalities Willis Raburu and John Allan-Namu in their current efforts. No doubt these celebrities mean well, but if they help RTFI and its allies achieve its goals, the results could spell disaster for the very people they want to help.

That’s because their goal is nothing less than preventing Kenyan and other African countries from using modern agricultural technologies now used safely around the world to increase yields and food supplies and, through that, control farming, food production and trade.

To do this, RTFI and its allies foist on the public an ever-growing list of scientifically false claims about crop protection pesticides and other farm technologies. For them, it’s a game of ever moving accusations perfected to high art. Anti-technology activists are particularly skilled at sowing fear and confusion about perfectly thoroughly tested and safe agricultural technologies like pesticides or genetically engineered crops (GMOs).

Currently, for instance, they’re calling for a ban on hundreds of Kenyan-approved safe pesticides used the world-over, arguing that these pesticides are not registered in the EU. It’s a line of attack that mirrors efforts by EU activists to halt the European manufacture and export of pesticides critical to global farming.

Sadly, they’ve achieved some success. Last January, in France, the Constitutional Council ratified bans on the production, storage, circulation and export of pesticides not approved in the EU. At the same time, NGOs, including Miseror, the Rosa Luxemburg Foundation and the Inkata Network in Germany, are arguing that if a pesticide isn’t registered in the EU, it shouldn’t be used, manufactured or exported.

The dangerous European conceit that they would impose on Africa is that the EU’s hazard-based regulatory system is somehow a model for the rest of the world. But it’s a model rejected by most of its major agricultural trading partners. It’s the reason why some 36 nations — including the largest agricultural producers in the world — have in recent years formally complained to the World Trade Organization (WTO) that EU regulations flout international standards because they are not based on science. Those nations include Canada, Australia, United States, the Mercosur nations of South America, India, and numerous agricultural producers in Asia and Africa, including Kenya, Burkina Faso, Ghana, Liberia, Mali, Niger, Nigeria, Senegal, Sierra Leone and South Africa.

As trade negotiator Shanker Singham has said, “the world increasingly sees the EU as a major malefactor when it comes to trade — not as bad as China, perhaps, but getting there. In recent meetings of the WTO, nations from North and South America, Asia and Africa united to condemn the EU’s draconian and anti-scientific regulations on sanitary and phytosanitary (SPS) products.” 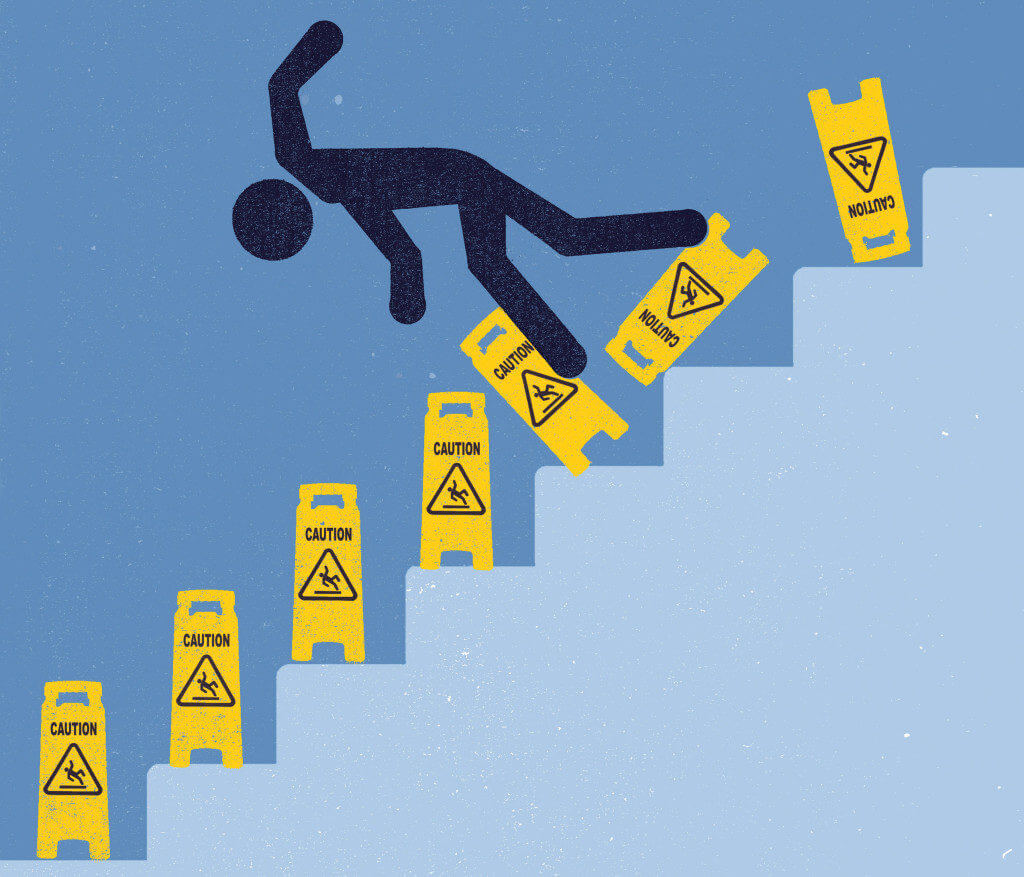 In Kenya and, however, RTFI and its allies are now using Europe’s precautionary, unscientific regulatory model to bolster a larger, comprehensive attack on nearly all modern farming  technologies. Parroting arguments manufactured by EU NGOs, Kenya’s Organic Consumers Alliance (OCA), for example, wants to ban use of  all GMOs and hopes to scare farmers, consumer and Kenyan regulators into compliance. These fear campaigns include new, baseless and bizarre allegations that GMOs make people more susceptible to Coronavirus.

So, why are European activists and their allies trying to leverage such gross misinformation to frighten farmers, consumers and governments? Ultimately, it’s about control. The EU needs cheap African food — like the Kenyan grown vegetables, fruits, tea and coffee that are staples in Europe —  to supplement low yield, high cost European food production likely made all the more inefficient, for instance, by the recently adopted EU Green Deal and Farm to Fork policies. In order to replace lost production, the EU hopes both to entice, and even force farmers, in Kenya and elsewhere to follow its lead with promises of increased prices for their agricultural products.

They’re empty promises. The reality is that premiums are rarely paid nor cover the full cost of lost yields and lower food production resulting from restrictions on pesticides, fertilizers, advanced seeds and other farm technologies. A recent report showed that Kenya’s agricultural exports to Europe — valued at more than 500 million Euros annually — could be reduced by as much as 75 percent if Kenya adopted EU pesticide and GMO restrictions. This kind of threat to production and trade may help explain why Brazil, Australia, India and other have filed World Trade Organization complaints.

The bottom line is that if Kenya — and other African countries – give-in to the demands of EU anti-technology campaigners, it will lose control of its agriculture and economic future.  Just consider how complying with EU pesticide standards would’ve crippled efforts to control ravenous, crop-destroying locust swarms. Low yield European agriculture is no path for Kenya or Africa to build real food sustainability, security or wealth. Without access to modern farming technologies – pesticides, GMOs, gene-edited crops and more — Africa’s famers will continue struggling to feed themselves. Allowing the EU to control the destiny of Africa’s agriculture could, in the end, be the most destructive plague of all.

James Njoroge was born in Kenya and is currently a communications consultant based in Seattle, Washington, USA. He has a Master of Arts in Communication from Wichita State University and a Masters of Science in Human Centered Design & Engineering from the University of Washington. He also writes for Science 2.0.