Biden vs Trump on technology

In every presidential election since 2008, the Information Technology and Innovation Foundation (ITIF) has released a report examining the two major candidates’ positions on a host of technology and innovation policy issues.

In many ways, the candidates have very different approaches to technology and innovation policy. Trump has focused more on reducing government barriers in the economy, including taxes and regulations that, among other things, limit innovation. The administration has taken this approach with a number of emerging technologies, including autonomous transportation systems and artificial intelligence (AI), pushing for an innovation principle-based approach. And while the Trump budgets have increased funding for research in some particular technology areas, especially AI, overall they have sought to cut government support for research.

While much of the focus of Biden’s economic plan is on more traditional issues such as expanding health care and investing in physical infrastructure, the campaign has highlighted its support for significantly increased public investment in R&D and advanced production. 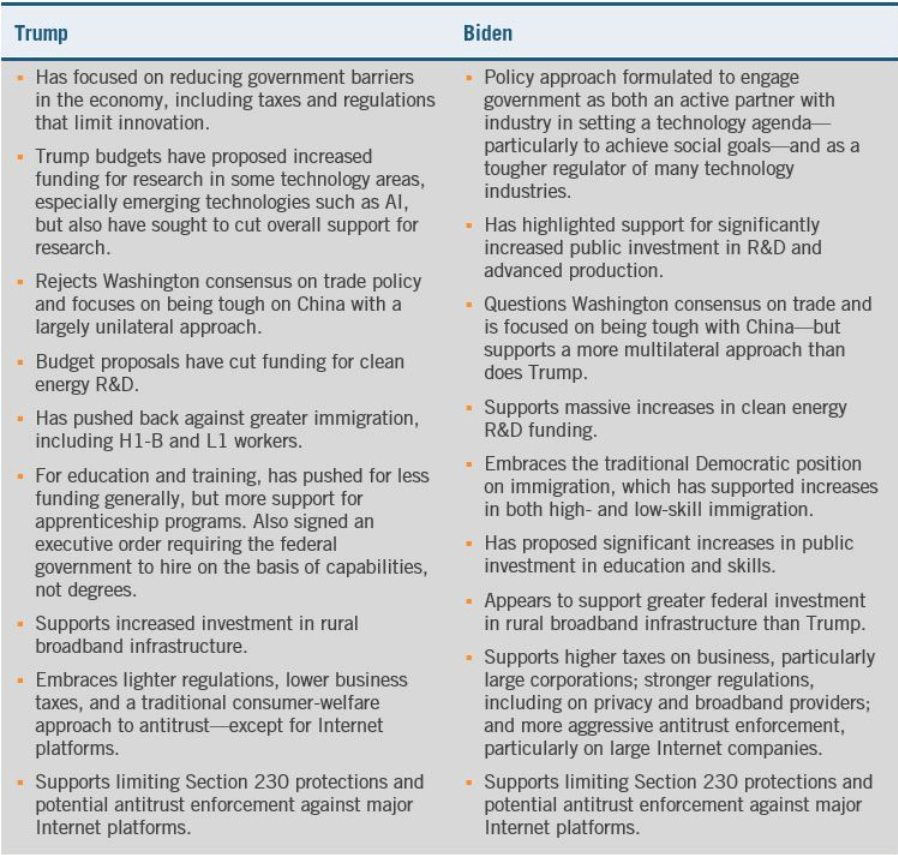