As of 1 December 2020, thirteen vaccines have reached the final stage of testing: where they are being given to thousands of people to test if they protect against the SARS-CoV-2 virus. Though the end goal is the same, these vaccines vary in the ways in which they try to trigger our immune system to recognise the virus.

Other types of vaccines often use inactive or weakened forms of a virus to trigger an immune response. But RNA vaccines use a virus’s own genetic code against it. RNA stands for ribonucleic acid; you’re probably more familiar with DNA, the molecule which makes up human genetic code. RNA makes up the virus genetic code, which contains instructions for the proteins the virus needs to make.

RNA vaccines have several benefits over other vaccine types. The most obvious is the pace at which we can make them… Synthetic RNA is straightforward to make in a lab, so it doesn’t take long to design and produce these vaccines.

RNA vaccines also have safety benefits. The synthetic RNA can’t cause illness – though it’s a blueprint for virus spike protein production in our bodies’ cells, production of this protein alone can’t trigger an infection. The RNA itself gets broken down by normal processes in our cells, so it doesn’t hang around for long anyway. 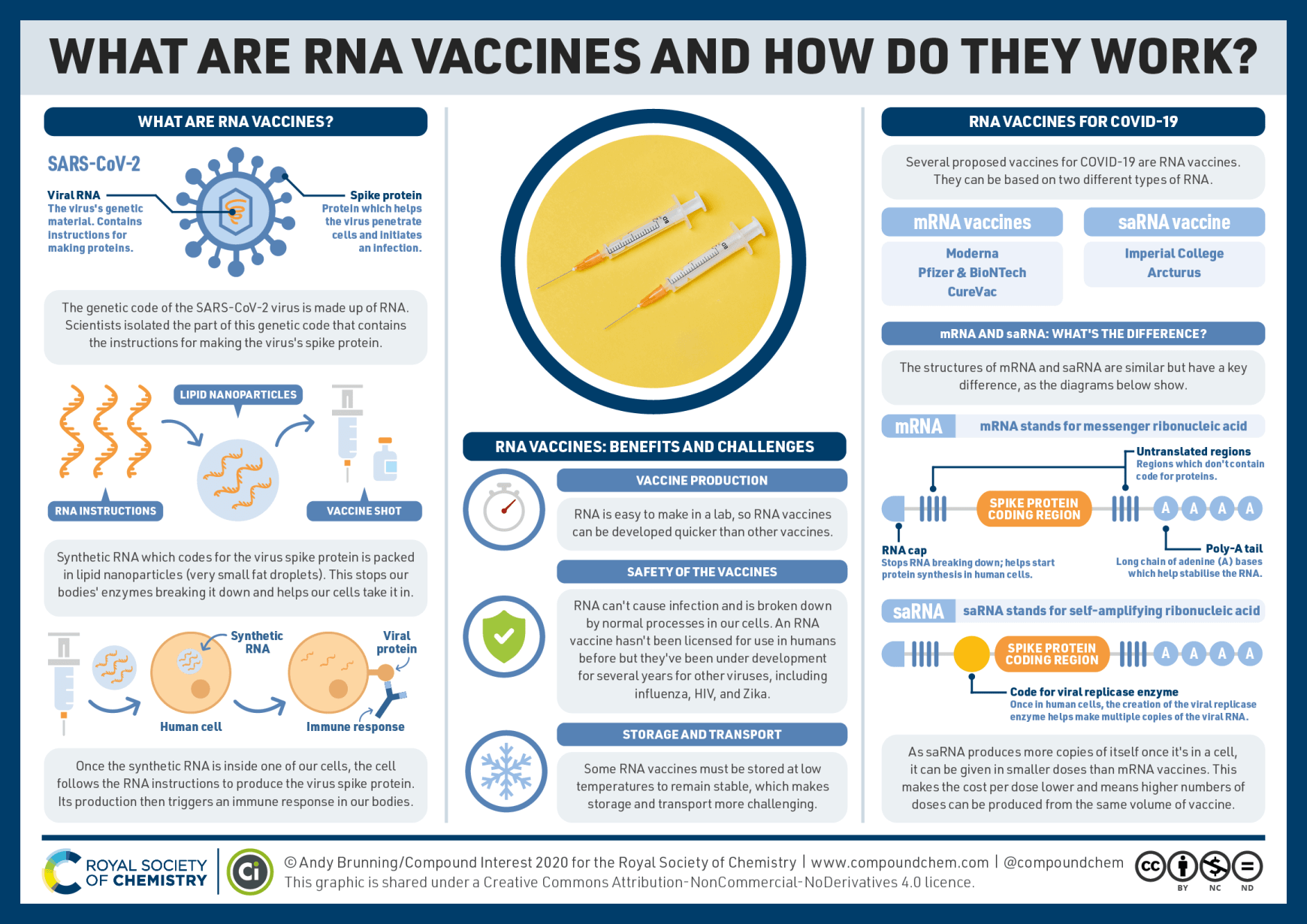