Farm fraud: Consumers spend billions on food that might not be organic

This article or excerpt is included in the GLP’s daily curated selection of ideologically diverse news, opinion and analysis of biotechnology innovation.
Organic food sales are growing rapidly, with an estimated worth of $272.18 billion by 2027. The premium prices paid for ‘organics’ provides plenty of incentive to pass along conventionally grown products as organics

The Organic Farmers Association, in its report The Tragedy of Fraud, they state:

In September 2017, the USDA published its audit report of the National Organic Program, involving seven U.S. ports of entry; they concluded the following: 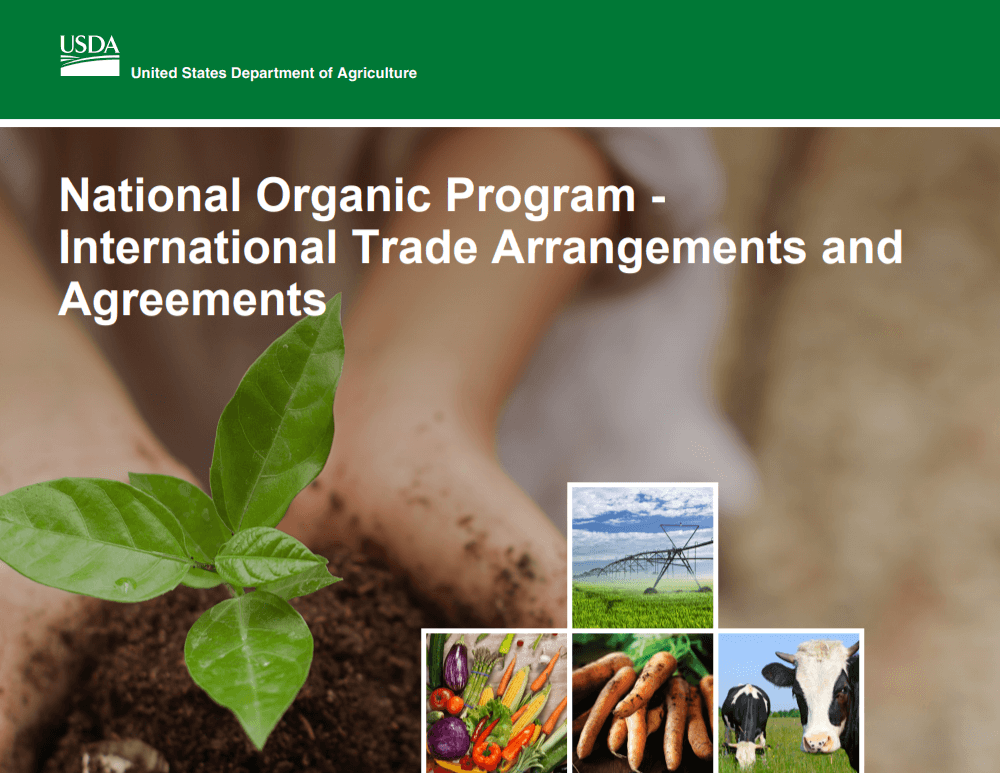 Lack of effective oversight is a significant problem for organics

There are just 77 accredited certifying agents authorized to police and certify operations world-wide. Of these, 60 are based in the U.S., and the remaining 17 in foreign countries. [1] The USDA reports they are responsible for overseeing 44,896 certified organic operations world-wide in 2019, of which 28,257 of these are located in the U.S. This equates to roughly 583 facilities for each certifying agent to monitor, but the certifying agent is only responsible for sampling and conducting residue testing on five percent of them annually. As a result, it is possible that only 29 of the 583 organic facilities could be evaluated for any given year, leaving, theoretically, 554 organic operations unaccountable for years.

A California based organic certifying agency stated they are responsible for 50 operations but only “take samples from 3 operations each year.” [2] Considering that California has the most organic growers (3,108), 50% of the nation’s organic fruits and vegetables totaling more than $3 billion in sales, this limited oversight is problematic and allows for plenty of bad behavior by unscrupulous marketers. Another weak link in the chain of monitoring is that of California’s 28 listed certified agents registered with the state, only nine are located in California – many rely on local contract inspectors to conduct the organic inspection for them.

The results of limited surveillance

In a 2019 USDA summary of organic oversight and enforcement, they state, “722 operations in 50 countries around the world lost their certification through suspension or revocation.” As of 12/31/2019, 465 complaint cases are still in progress related to a range of issues – the majority, 55%, were uncertified organic claims. But other issues like prohibited practices, pesticide issues, and fraud may expand that percentage to almost 75%. Of the 722 organic operations suspended, the U.S. and Mexico have received the most suspensions, with 383 and 101, respectively.

Related article:  Viewpoint: Our favorite Cavendish banana may be heading towards extinction—Scientists say only a biotech solution, blocked by anti-GMO activists, can save it

Regardless, the financial incentive precipitates behavior in some growers to falsely label their conventional crop as organic. According to the Fraudulent Organic Certificates list from the USDA,  since 2011, there have been 147 total cases of fraudulent certificates created and used, 55 of which were detected in the last two years. This data illustrates that even with limited industry oversight in the various points of the supply chain, there is a significant problem separating authentic organic from the imposters. 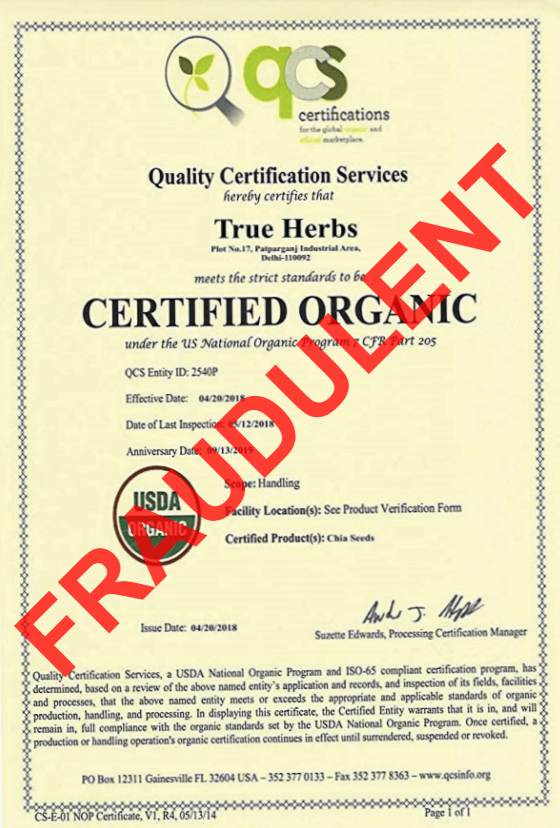 As I have written, organic does not mean that fruits and vegetables are not treated with pesticides. A study reported in Food Chemistry:X evaluated 136 commercial samples of organically certified produce originating from 16 different countries. They found that “21% of the samples analyzed presented pesticide residue.” Harmless, of course, but present. This is consistent with an Irish study in 2014, where researchers found that “of the 27 organic samples tested, 15, or 55%, contained one or more detected pesticide residues.” They concluded, “that it cannot be said that organic fruits and vegetables are void of pesticides based on the results of this study.”

If the number of ‘organic’ infractions is this significant, with an acknowledged limited degree of surveillance and testing, one can only assume the scope of the fraudulent organic problem is a far more significant issue than the NOP would like to admit.

Over this six-part series, I have demonstrated that purported organics are neither safer, healthier, tastier, better for the environment, and may not even be organic in the first place. It begs the consumer question: “What am I paying the premium for?”

It seems appropriate as the final comment for this series to reiterate a central point made in the series’s first article.

“Our report finds consumers have spent hundreds of billion dollars purchasing premium-priced organic food products based on false or misleading perceptions about comparative product food safety, nutrition, and health attributes. The research found extensive evidence that widespread, collaborative, and pervasive industry marketing activities are a primary cause for these misperceptions. This suggests a widespread organic and natural products industry pattern of research-informed and intentionally-deceptive marketing and paid advocacy.”

David Lightsey, M.S. is a Food and Nutrition Science Advisor with Quackwatch.org. He is the author of “Muscles Speed and Lies, What the Sport Supplement Industry Does Not Want Athletes or Consumers to Know.”